A Deep Dive into Iran and China’s Partnership 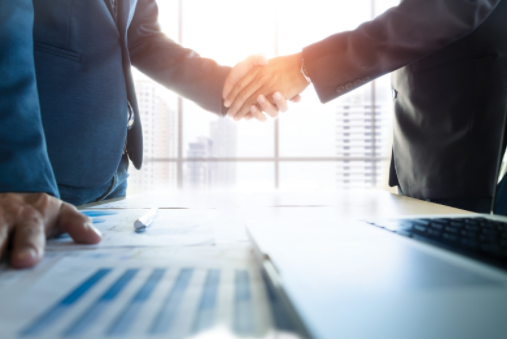 Over the last few years, Iran and China have expressed a desire to elevate their current relationship. Over the last few weeks, it has been widely reported that Iran and China were quietly working toward solidifying a strategic partnership, worth up to $400 billion. Iran’s foreign minister confirmed that the move had been approved by Iranian President Hassan Rouhani and his cabinet last month.

While the partnership has not been confirmed by China and the Chinese Communist Party (CCP), and the terms of the deal are still largely under speculation, this white paper takes a look at what this potential partnership would mean for China, Iran, the U.S. and the rest of the world.

In the last decade, China has seen massive expansion, becoming more engaged in the global economy, establishing geopolitical relationships throughout Africa, India and the Middle East. This potential partnership is consistent with many of the recent deals China has struck, providing a certain amount of global reach by providing access to ports in Sri Lanka, Pakistan, Djibouti and now Iran.

This move would also continue to place pressure on the relationship between China and the U.S. and the rest of the world – economically, geopolitically and technologically.

The Belt and Road initiative (BRI) was pulled together by the Chinese government in 2013 as a transcontinental policy and investment program which aims at long-term infrastructure development and acceleration of the economic integration of nearly 70 countries and international organizations. While this initiative has predominantly benefitted China, this partnership creates numerous economic benefits that are geared toward Iran.

Global economic sanctions were placed on Iran, which heavily contributed to their shrinking economy and in turn, created a sense of isolation for the country. In addition, secondary sanctions were also put in place, which adversely affect any firms who conduct business with Iran. The weight of these sanctions has led to a somewhat crippled economy and an increased isolation between Iran and the rest of the world.

Iran has aspirations of becoming a regional power and this partnership would allow them access to markets outside of the Middle East for the first time, throughout Africa and different parts of Asia. This would also help tie Iran into the BRI and increase their exports throughout these regions, providing them with significant monetary resources that would be substantial in supporting other operations throughout the country

China currently imports about 70% of its energy, with nearly 40% coming from areas in the Middle East. There is a sense of vulnerability in China, as they are forced to rely on others for incredibly valuable resources to help power it’s large population of approximately 1.3 billion people. China would have clear benefits from a partnership with Iran, in the form of unprecedented access to the country’s oil and energy products, at a greatly discounted rate for 25 years.

In 2019 the Chinese State Council publicly provided insight on the People Liberation’s Army (PLA) mission to build and defend growing overseas interests and this partnership would clearly be consistent with this information and with some previous BRI deals.

Today, China has access to ports in Sri Lanka and Pakistan, with Iran becoming an important add via the port of Jask, a major Iranian port just outside the Strait of Hormuz.

While there is no explicit mention of military bases or military occupation in Iran, this partnership would offer an opportunity logistically, to increase operations and influence in the Middle East. Importantly, access to Jask has the potential to lead to joint military training and exercises, which would heavily increase Iran’s capability to deal with its surrounding neighbors, the U.S. and the rest of the world. This access benefits both China and Iran, however it substantially leans in Iran’s favor of geopolitical operations and future military operations.

Over the last decade, China has grown substantially, becoming more confident and engaged geopolitically, with access across the global landscape including Africa, Latin America, the Indian Ocean and Middle East.

While we tend to think of engagement in Iraq and Afghanistan as separate events, Iran is a country with U.S. troops on both their eastern and western borders; based on this, the country has felt an increasing sense of isolation and even potentially feels threatened. This relationship with China has the potential to help address and alleviate that sense of isolation.

While this is not any kind of “mutual defense pact” where China is obligated to defend Iran in the same way as the U.S. does with many of their allies, China does offer a strong option to run interference for Iran.

As the U.S. tried to reimpose sanctions, while China wasn’t the only country to voice a differing opinion when the U.S. worked to reimpose sanctions on Iran, although it was a strong, clear voice in the room that stood up – and in the way – of the European efforts of the International Atomic Energy Agency (IAEA), which had rebuked Iran for its increasing production of Uranium. For Iran to have a powerful ally like China speak on their behalf and short circuit any efforts to increase sanctions, this is can be a very powerful tool that benefits Iran great and may also enable some behaviors that are not in the best interest of the U.S. and its allies.

Iran has demonstrated weapons capabilities in the past and while they are not the most advanced, they also offer somewhat sophisticated cyber systems, both of which would great benefit from China’s expertise. Iran recognizes China as a country that has quite a lot of competencies and is known to move extremely fast in the tech world. However, China is pragmatic in the sense that it does not seem to be in their best interest to share nuclear information or cyber capabilities with Iran.

There is a question of what, if any, military assistance or support China may provide for Iran. This has not been explicitly addressed, although in the past, China has made efforts in the past to expand their presence militarily through many facets including major arms sales. The country has significantly expanded engagements worldwide in the last few years and while it has been unclear on any specific military goals, this partnership could quite possibly help China actively pursue military missions around the Middle East in the future.

Iran is a country that is well known for its deep roots in theocracy and religious perspective, while China is not considered to be a religious regime by any means.

China has been reportedly in the midst of repressing multiple religions, including those who practice Islam, which is Iran’s dominant religion. In June 2020, it was reported that the Chinese government had detained nearly one million Muslims in reeducation camps, refusing to share further details publicly.

Additionally, China has sought to invest in Israel’s tech advancements and has become an important tech partner for China in recent years. In addition, Gulf Cooperation Council (GCC) countries have become important to China in terms of exporting energy. How China balances an improved strategic relationship with Iran, while also maintaining close relationships with Israel and the Gulf Cooperation Council (GCC), without forcing any of those countries to take sides, will be of interest throughout the international community.

In the past, Iran has not hesitated to go outside of their fundamental religious beliefs if it was in their best interest. With Iran fundamentally Shia and the Taliban Sunni, an unlikely partnership was formed with Iran’s support of the Taliban over the past decade.

Although support has been somewhat minimal, Iran was accused of undermining discussions between the Taliban and the U.S., while also paying a bounty to the Taliban for U.S. soldiers who were killed or destroying American vehicles that were destroyed.

A U.S. military intelligence assessment noted back in 2012 that “Iranian support to the Taliban is tempered by their realization that Taliban control of Afghanistan is not in Iran’s best long-term interest due to a history of ideological differences.”

This introduces a clear element that may be difficult for Iran to work through; in order to fully create sustainable partnership, they may have to embrace a country that does not share Iran’s religious or social systems.

The best way to deal with concerns, as details of Iran and China’s potential partnership are released, is for alliances to continue to remain strong amongst the international community. This is an opportunity to rebuild some of the critical alliances across Europe, the U.S. and the rest of the world, to help push back against this potential agreement.