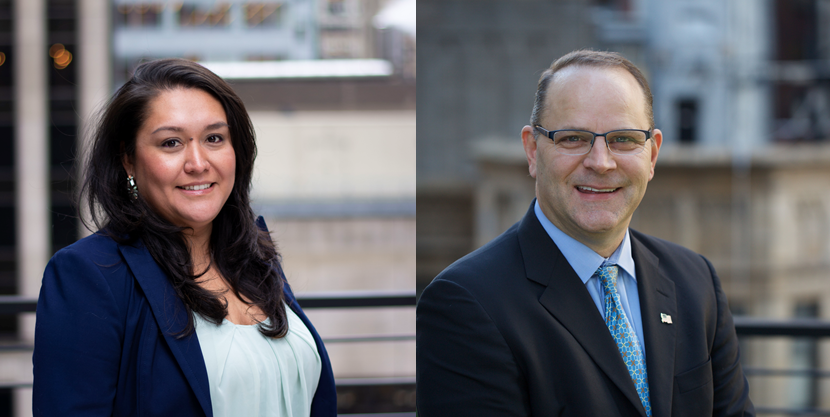 Ms. Elias, a U.S. Marine Corps veteran, is currently the only woman veteran to lead a service-disabled broker-dealer in the Diversity and Inclusion space on Wall Street.

Ms. Elias served on active duty for nearly 10 years as an administrative and legal officer. During her time in the military, she rose to the rank of Captain and deployed to Afghanistan from 2011 to 2012. She separated from the service in 2016 and remained in New York to focus on the veteran community, and support military members as they transitioned into the corporate world.

In 2018, AVI took notice of Ms. Elias and hired her as the firm’s Head of Veteran Engagement. Over the past three years, she significantly bolstered AVI’s veteran initiatives by securing crucial partnerships with multiple organizations, including a high-profile event with the Gary Sinise Foundation, which had a special focus on Gold Star families – those who have lost a family member during active duty.

Additionally, Ms. Elias played an integral role in the firm’s goal of hiring 50% military veteran staff and created a year-round, paid internship program that has since launched prior military veterans into positions at bulge bracket banks.

Last summer, she was appointed to the NYC Veterans Advisory Board, a diverse group of veterans, including only four women, who represent the five boroughs of NYC. The role is a highly sought-after position and board members must receive appointments through the Office of the Mayor or City Council.

Mr. Naidrich began his financial services career in 1993. He joined AVI as COO in 2017 and developed the framework to successfully relaunch the firm in 2018. He currently leads the firm’s operating committee and management team, and oversees organizational support for both domestic and international clients.

“Mercedes and Michael have done an amazing job shaping the firm and will continue to build the business as I concentrate on my new role as Non-Executive Chairman,” said Elton Johnson, Jr., Founder of AVI. “This will enable me to focus full-time on the firm’s commitment to the Diversity and Inclusion space while they work through day-to-day efforts as Co-CEOs.”

In addition, AVI has two new employees joining the firm: Sidney Covington, a former medic in the U.S. Army and Jennifer McDonough, a U.S. Navy Reservist.

Ms. Covington serves as the veteran engagement associate at AVI’s Chicago office. In addition to her military service, she previously worked for the Posse Veterans Program and recently served as the Constituent Liaison for Military and Veterans Affairs in Senator Kirsten Gillibrand’s office. There, she spearheaded veteran outreach and assisted in the nomination process for U.S. Service Academies.

Ms. McDonough is an operations associate at AVI and currently serves as a Commander in the U.S. Navy Reserves. She most recently worked as the Director of Administration at a securities broker-dealer in New York City.

“Ms. Covington and Ms. McDonough are extremely talented individuals,” said Bob Jones, President of AVI, U.S. Air Force veteran and former Vietnam Prisoner of War. “They are both veterans who are passionate about giving back to the community and I’m excited to welcome them to our team.”

With the addition of Ms. Covington and Ms. McDonough, more than 50% of AVI’s current staff are military veterans and 30% are minorities.