AmeriVet Board of Directors Bob Jones Recognized as Veteran of the Game at Michigan vs. West Point 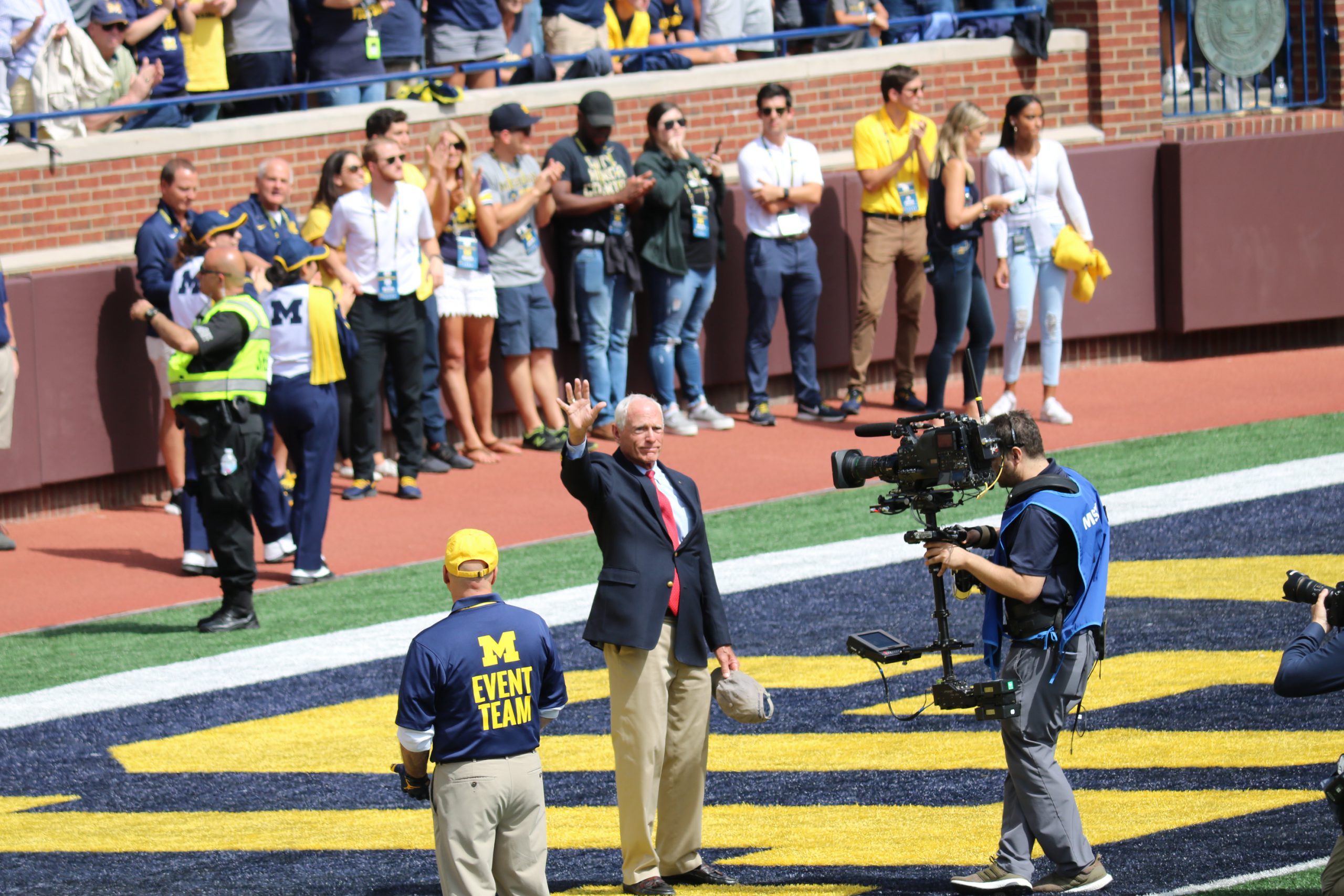 On Saturday September 7, 2019 Bob Jones, AmeriVet Securities Board of Directors was recognized as the Veteran of the Game for the University of Michigan vs. United States Military Academy at West Point in Detroit. Bob attended West Point and was commissioned in the United States Air Force, where he was a F-4 Phantom Pilot flying over 80 combat missions. During the Vietnam War, his plane was shot down and he was captured as a Prisoner of War for 62 months.