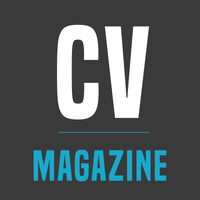 Elton Johnson, Jr., a Lieutenant Colonel in the US Army Retired Reserve, and a decorated combat veteran, is the driving force behind one of the first SDVOB broker-dealers and arguably one of the most successful. We spoke to him about how his loyal team at AmeriVet Securities is imperative to the firm’s continued success.

Established in 1994 as one of the first Service Disabled Veteran Owned Business (SDVOB) broker-dealers, AmeriVet Securities, Inc., is the second oldest of its kind in existence and is also one of the few broker-dealers/FINRA members that is certified as both a SDVOB and as a Minority Business Enterprise (MBE).

Initially, the company employed a workforce of 100% disabled veterans, all of whom were former US Army paratroopers, however now the firm employs a workforce of more than 25 personnel, a quarter of whom are veterans.

AmeriVet Securities, Inc., specializes in a full spectrum of equities and fixed income products which it provides to a broad spectrum of institutional, corporate, and public clients. AmeriVet’s expertise is in the areas of debt capital markets, equity capital markets, public finance, loan sales, cash management, and investment banking, with dedicated experts in each of these fields.

The firm was founded by Elton Johnson, Jr., who still operates as the Chief Executive Officer. Growing Amerivet to the point where it generated over $1 million in revenues in its fifth full year of business with only a handful of employees (after being started on a borrowed $1150 in 1993), Elton was called up for active military service in December 2001 as a result of 9/11 and spent several years overseas on seven deployments. He became a combat veteran having served in both Iraq and Afghanistan, often with Special Operations units.

“After my deployments, I returned to the States and saw that the entire SDVOB broker/dealer landscape had changed,” he explains. “I saw that I would need more resources and a strategic partner to compete and continue AmeriVet’s mission to hire and train returning US military veterans. South Street Securities became that partner by investing significant resources in our firm and sending us down the path towards success. I am very humbled by the support South Street Securities has given the AmeriVet team and look forward to providing continued differentiated value and service to our clients.”

AmeriVet Securities has since gone from strength to strength since its inactive period and Elton attributes this continued success primarily to the fact that he and the AmeriVet team have never lost sight of the company’s core mission regarding American veterans: to engage with the veteran community. This includes individual veterans and Veteran Service Organisations (VSOs), and connect as many of them as possible to all the resources available to them.

“In addition,” Elton adds, “one of the top priority missions for AmeriVet is to employ, train, and retain (ETR) veterans with strong emphasis on combat veterans and disabled veterans.”

Due to the military backgrounds of some of the directors and senior executive officers, the AmeriVet team utilizes two forms of planning: tactical planning and strategic planning. Tactical planning involves continuous smart decision-making regarding the daily operations of the company. This includes, but
is not limited to, the following: adhering to the approved budget as closely as possible, hiring and training the right personnel and ensuring that they are in the right jobs in order to maximize their effectiveness, monitoring and handling all regulatory compliance matters that affect the firm, and dealing with all issues in the securities market that directly, or even indirectly, affect the daily revenues of the firm. Strategic planning involves creating the successful “way ahead” for the firm. This includes, but is not limited to, setting long-term goals and objectives with an approved timeline in regard to revenues, growth in team personnel, profitability, etc.

All AmeriVet planning is a team effort and is formalized in written plans so as to aid in proper dissemination, efficient revisions if necessary, and proper review in order to stay on course. “The fact that one of my tours in Afghanistan was as a military planner has been a tremendous help to the AmeriVet team regarding business planning. It’s amazing how military planning and business planning are very similar”, Elton added.

Of the many accomplishments AmeriVet has achieved in the financial services industry, two are most memorable. AmeriVet was the first FINRA member since World War II to operate under wartime conditions due to the active military duty status of Elton during the Global War on Terror. AmeriVet was in a special inactive status for twelve years while Elton was deployed seven times to five different countries.

AmeriVet was also involved in the MRAP Program, the development of Mine-Resistant, Ambush Protected (MRAP) vehicles via its Registered Investment Advisory Department. AmeriVet functioned as the official Financial Advisor/Consultant on the capital raise for Force Protection, Inc., which brought this company out of insolvency thus allowing it to proceed with the development and production of its Mine-Resistant Ambush Protected (MRAP) vehicles. Since being fielded, MRAP vehicles have saved the lives of thousands of US military personnel, including Elton himself when he served in Afghanistan in 2011 and again in 2013-2014.

Just as important as these notable achievements, the AmeriVet staff and the role of the team as a whole is also vital to the success of the firm, as Elton is quick to point out.

“The US securities industry is a very unique and dynamic industry. As past history has shown (e.g., the Stock Market Crash of 1929), what happens in our industry can directly affect everyone in the US and even worldwide.”
“In order to survive and be successful in this industry, a firm must have people who have initiative (these people are often called ‘go-getters’ or
‘self-starters’) and are capable of thinking ‘outside-the-box.’ A firm needs people who are not quitters; people who realize that often the most important key to success is the willingness to stick it out until the end. Often, just possessing the strength, determination, and perseverance to stay the course determines success in our industry. One of the biggest challenges AmeriVet faces is to find these people in our industry and make them part of the AmeriVet team. So far, we have done quite well.”

The “AmeriVet team” very much embraces the team concept which the AmeriVet senior management defines as follows: “A team is composed of members who are dependent upon each other and who work together as a whole to achieve certain objectives and goals.”

Elton also added: “Because so many members of the AmeriVet team are former members of the military, they are very familiar with the team concept and can easily apply what they learned about teamwork in the military to teamwork in the business world. This ability to work as a team enables the AmeriVet team to function smoothly and develop a single mindedness regarding the firm’s mission. This contributes greatly to the success of our firm.”

Lastly, Elton expressed great gratitude to all the individuals and institutions on Wall Street who have supported AmeriVet by directing business its way. As he puts it: “Many people say, ‘Thank you for your service’ but it’s the ones that say ‘Thank you for your service’ by taking action that helps vets like me who are actually the real difference makers in our industry. They too are also heroes in my eyes.”