Bond Traders Are Declaring the Death of Forward Guidance

Thursday’s selloff in bond markets may be just a taste of what’s to come.

Bond yields are jumping again after the Federal Reserve hiked benchmark interest rates by 75-basis points — the biggest increase since 1994 — as it attempts to tamp down inflation that still sits at its highest level in four decades. The move came after Fed Chair Jerome Powell had effectively ruled out the possibility of a 75-basis point increase at the central bank’s meeting just last month.

In reversing its position, the Fed appears to have abandoned years of carefully calibrated forward guidance intended to help pin bond yields and support the global economy in the aftermath of the Global Financial Crisis. While the central bank had emphasized that its outlook was largely ‘data dependent,’ it nevertheless took steps to avoid surprising the market — guiding investors’ expectations in interviews and press conferences as well as through its so-called ‘dot plot’ of future expected rates.

But signaling the likelihood of a 75-basis point hike earlier this week “had a cost in the Fed’s forward guidance credibility taking a hit,” says Peter Yi, director of short-duration fixed income and head of credit research at Northern Trust Asset Management. Kansas City Fed President Esther George “probably dissented because their forward guidance of 50 basis points was lost,’’ he said.

More importantly, the sudden reversal means the central bank may struggle to soothe bond investors’ nerves from now on. Yields on the 10-year US Treasury soared 20 basis points the day after Powell unveiled the 75 basis-point hike. He also tried to soften the blow by saying he didn’t expect moves of that size to become the norm.

“Powell was trying to reuse that tool in saying their next move could be 50 basis points, but their forward guidance is not that crisp now,” says Yi.

The post-crisis policy tool is in existential funk across the world as monetary officials take dramatic steps to combat inflation. On Thursday the Swiss National Bank unapologetically surprised markets Thursday with a 50 basis points hike and explicitly trumpeted that it’s “not in the business of forward guidance.” 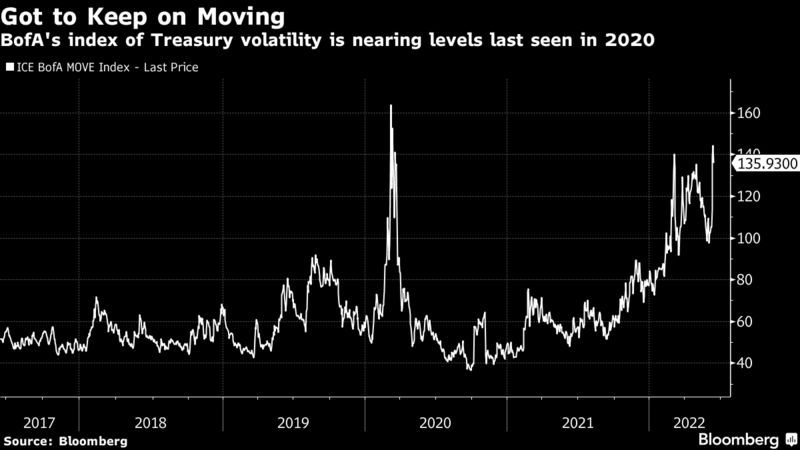 The risk now is that the Fed may inadvertently tighten financial conditions, of which bond yields are a prime component, too much — potentially tipping the economy closer to recession. Monetary officials now project rates will peak at 3.8% next year as they try to tame price increases, with the higher rates expected to slow US economic growth to 1.7% quarter-on-quarter by the end of 2022, compared to a projected growth rate of 2.8% made in March.

“Central bank forward guidance, like any string instrument, sounds and operates much better in a stable and symphonic environment. The post-GFC era, replete with an excess of global savings, a technologically- inspired disinflationary drift, and low economic volatility was tailor-made for conducting via central banks,” wrote Citigroup Inc. analysts in a note. “Now, in unfamiliar territory (wage-price spirals, unwinding supply chains, the end of the ‘Millennial Subsidy’ and generally higher ‘eco-vol’), the central bank band is having trouble keeping tempo.”

The Fed’s reversal also comes at a time when traders are already worried about liquidity in the $23 trillion market for US Treasuries, which has seen a number of volatile episodes including a dramatic selloff in March of 2020.

Even before the FOMC meeting, wild gyrations in yields in the run-up caused measures of liquidity stress, or the ability to buy and sell securities without substantially impacting prices, in the Treasury market to flash ‘amber,’ according to JPMorgan Chase & Co. Measures of market depth.

“We expect much more volatility ahead,” said Gregory Faranello, Head of US Rates Trading & Strategy for AmeriVet Securities. “To think we went from 50 x 2 in forward guidance to this is simply astounding. There is no forward guidance. Nor should there be. The Fed continues to get this wrong. And that’s the bottom line. Hard to believe at this stage of the game. And at this stage of the game, I become more concerned around market functioning than inflation.” 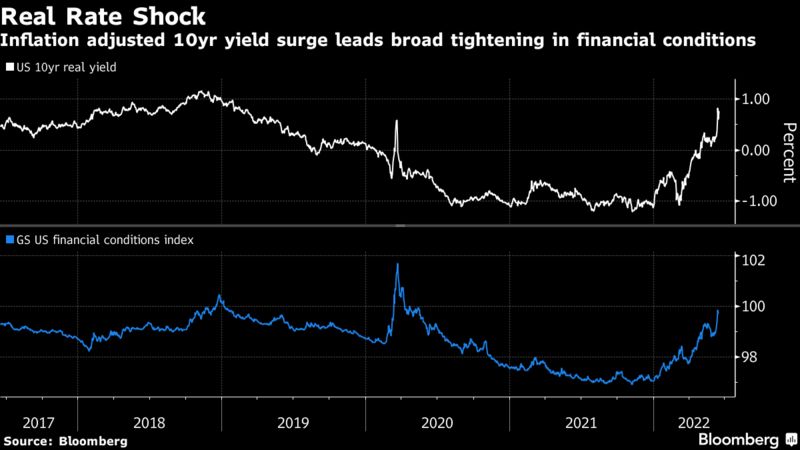 Other central banks have also been forced to abandon the framework, notably the Bank of England under Mark Carney. Carney pledged not to raise rates as long as unemployment remained above 7%, then ditched the policy just months later.

The BOE has remained inconsistent, holding rates steady at 0.1% last November, after current Governor Andrew Bailey had adopted a hawkish tone on inflation before the meeting. The following month saw the monetary authority raise rates and once more surprised market participants who were expecting tighter policy would arrive early this year.

Still others say that such worries may be overblown and that departing from the policy could end up giving the central bank more firepower to tighten financial conditions at a time when inflation is still coming in hotter than expected.

“I’m not too concerned about damage to forward guidance … the Fed has said a million times that it’s ‘data driven,’” tweeted former Fed economist Claudia Sahm.