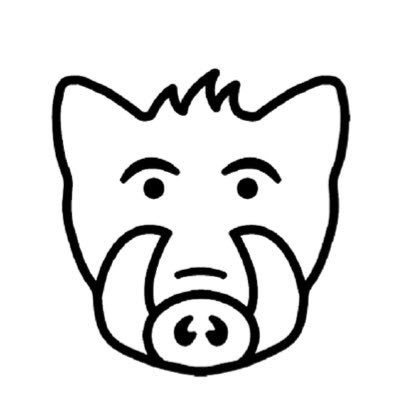 Stocks fell worldwide on Friday, 11 December 2020, amid worries of a potential no-deal Brexit in Europe, mixed with surging levels of Covid-19 cases and stalled stimulus package progress in the US.

The UK’s FTSE 100 and the Europe-wide Stoxx 600 both fell 0.8% after the UK and EU failed to reach a post-Brexit trade deal. Both UK Prime Minister Boris Johnson and European Commission president Ursula von der Leyen stated that a no-deal Brexit would be the most likely result from upcoming make-or-break trade talks. Alongside that, the S&P 500 and the Nasdaq Composite dropped 0.1% and 0.2% respectively on Friday as the coronavirus relief deal continues to face roadblocks and the virus death toll in the US nears 300,000 from over 16 million cases. The Dow Jones Industrial Average however managed to rise by 0.2%.

All three US stock market indexes plunged this week, with the S&P 500 and Dow Jones suffering their first weekly declines in three weeks, falling 1% and 0.6% respectively. The Nasdaq tumbled 0.7%.

Friday’s developments came after a negotiations deadlock over the coronavirus stimulus deal persisted in the US. Disagreements over state and local aid, unemployment assistance, and liability protection for businesses hindered plans by government officials to pass the relief package before 2020 ends. The Trump administration’s latest $916 billion relief deal, welcomed by Republicans, was rejected by Democrats for not including any additional federal unemployment insurance money.

“The inability for Washington to enact more fiscal aid is a complete failure,” said Gregory Faranello, head of U.S. rates trading at AmeriVet Securities. A one-week extension until 18 December has been passed to prevent a government shutdown and continue discussions on the stimulus package.

Meanwhile, in Europe on Friday, the pound dropped 0.6% against the dollar to trade at $1.3220. It was down 0.3% against the euro to €1.0915. UK bank stocks were also down, with Lloyds dropping 4.5%, NatWest tumbling 6.7%, and Barclays falling over 3% on Friday. Morgan Stanley warned that UK bank shares could fall as much as 20% in the event of a no-deal Brexit, in which the UK leaves the EU without a deal and severs trade and economic relations with the European single market, its biggest market. This would end the free movement of goods, capitals, labour, and services between the UK and EU and lead to tariffs on cross-border exchanges, which will be costly for companies.

“The market is beginning to finally price the real risk of a no-deal Brexit”, said Ben Laidler, CEO of Tower Hudson Research.

Mr. Johnson and Ms. von der Leyen were unsuccessful in coming to an agreement despite intense discussions, with the British PM saying they were “not yet there at all” in securing a post-Brexit trade deal, as talks continue. Ms. von der Leyen said that the EU and UK’s “positions remain apart on fundamental issues.” Differences on fishing rights, fair competition, and regulatory freedom remain unresolved. Mr Johnson said that the UK was ready to exit its post-Brexit transition period on 1 January 2021 even without an agreement with the EU. He told businesses and people to prepare for a no-deal Brexit.

“If we get a hard Brexit on Sunday evening, the market will be shocked,” said Peter Garnry, head of equity strategy at Saxo Bank. UK company shares could fall by as much as 7%, he said, led by bank stocks. “Market participants are used to politicians reaching a deal in the last minute, but the UK and EU are far from each other in terms of reaching a trade agreement.”

The market’s negativity this week was visible in other key areas. Pfizer’s shares were down 0.8% on Friday, even as the Food and Drug Administration (FDA) advisory panel recommended the approval of its coronavirus vaccine for emergency use. Tesla stock fell 2.7% after a surprise downgrade by Jefferies. Airbnb shares dropped 3.8% while DoorDash fell nearly 6%, even after their smash-hit IPOs earlier in the week led to gains. Similarly, oil was down after a strong week, with West Texas Intermediate crude oil down 0.5% to $46.57 a barrel on Friday. Disney, on the other hand, rose by 13.6% after announcing its Disney+ service has 86.8m subscribers and expects to have between 230m to 260m subscribers by 2024.