Coronavirus and the Markets 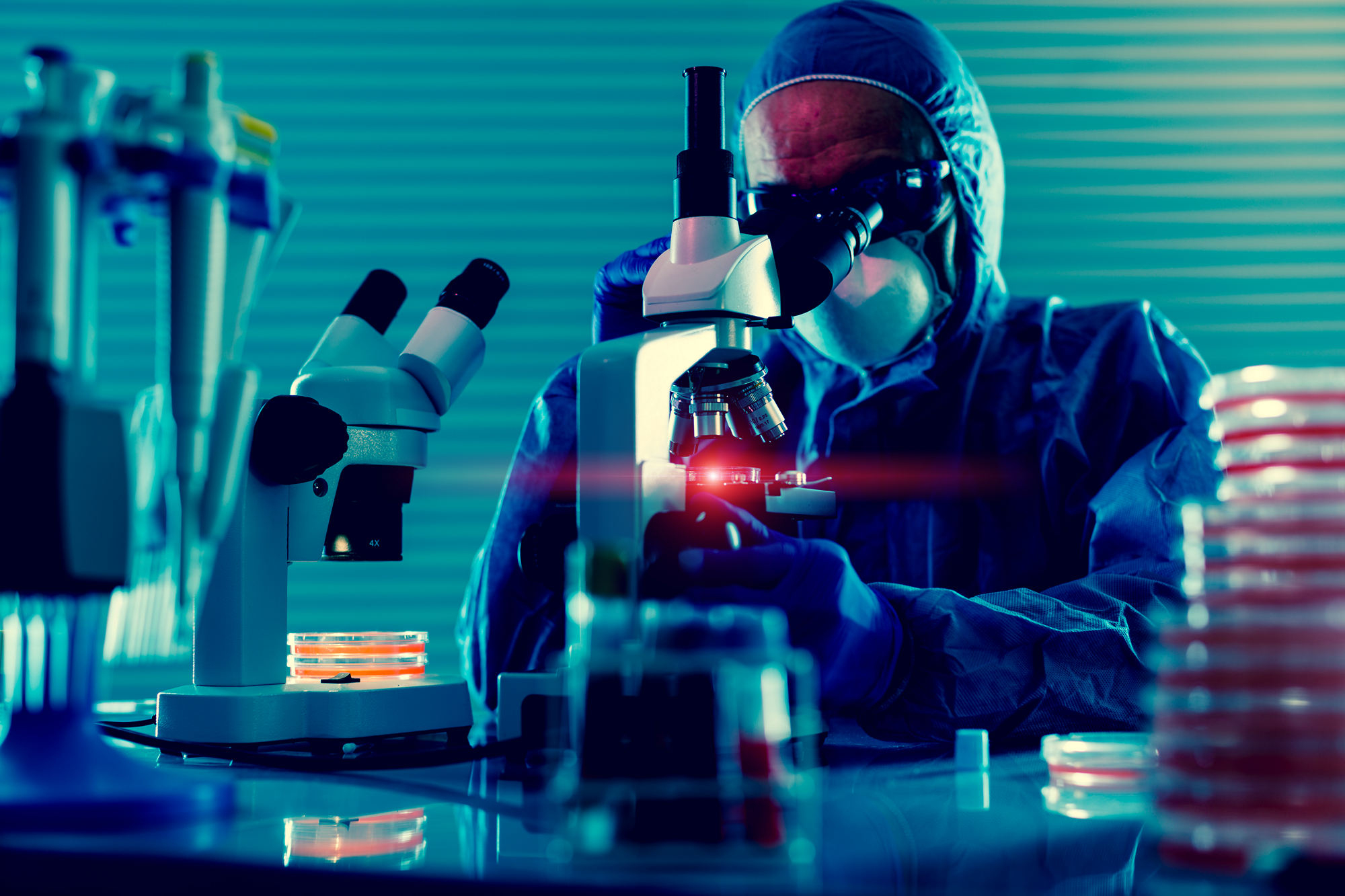 The challenges associated with this intersection of China’s links to the global economy and its amplified efforts at authoritarian control is best seen in the on-going coronavirus health crisis.

Instances of the coronavirus were first reported in the central Chinese city of Wuhan, the capital of Hubei province, on December 8, 2019. Initially, the local government was hesitant to share information with the public about the severity of the crisis or the fact that human-to-human transmission was taking place. It was not until January 20, 2020 that the CCP acknowledged human-to-human transmission. The CCP then “launched a crusade” on the virus by, among other measures, quarantining those with or suspected to have been exposed to the virus and subsequently delaying returns to work from the Lunar New Year holidays.

Beijing’s response since January 20th has been aggressive—some observers have suggested draconian—including using drones equipped with loudspeakers to track citizens and scold those not taking sufficient precautions to avoid contamination. Other measures have been better received by international observers. The World Health Organization (WHO) praised China’s post January 20 response, noting that China has been transparent in sharing information with the WHO and quickly moved to isolate and sequence the disease. Still, the part of the response that has rightfully garnered the most attention has been Beijing’s persistent efforts to maintain social control by controlling the flow of information about the virus and the related on-line discourse. Dr. Yanzhong Huang, a senior fellow for global health with the Council on Foreign Relations, noted that the pattern of inaction and cover-up that marred China’s response to the SARS coronavirus outbreak in 2002 and 2003 was repeated over the first several weeks of the outbreak. Defense and security analysts Peter Singer, Peter Wood and Alex Stone also point to this failing, highlighting the corrosive effect China’s “censorship, diversion, and lying” have already had on initial efforts to control the disease.

Writing in Defense One, the analysts detail the Communist Party’s disinformation efforts including inventing disingenuous and misleading hashtags such as “MostDeadlyFlyin40YearBreaksOutinUSA”; silencing whistle blowers such as Wuhan-based doctor Li Wenliang, one of eight doctors who warned of the likelihood of human-to-human transmission in late December; and creating and disseminating false narratives designed to save face rather than save lives. This control of information is critical to CCP efforts to maintain peace and order but have demonstrably contributed to the spread of the disease in Wuhan and beyond.

Trouble containing the virus has created material economic consequences for China. Again according to the USCC, “the ongoing spread of the coronavirus is taking a toll on China’s public health and economy.” And this toll is taking being extracted within a larger context of slowing Chinese economic growth that hit a 29-year low of 6.1% for 2019. And coronavirus is intensifying this decline. In early February, PNC Bank forecast China’s first quarter 2020 growth at 5.2%, down from 6% in the final quarter of 2019 while Goldman Sachs forecast that China’s 2020 GDP could be reduced by more than percentage point in a severe outbreak scenario.

And given the scale of the outbreak so far, the world is now having to legitimately consider downside scenarios of the economic impacts of the outbreak persisting well into March. Indeed, reports indicate there are already over 40,000 known cases (mainly in China, but in 23 countries total). The global death toll from this coronavirus outbreak is now over 900 since it began in early December, exceeding the total number of 774 deaths attributed to the nine-month SARS coronavirus outbreak in 2002 and 2003. On the other hand, there is some initial evidence that new reports of infection have slowed, though given China’s efforts to control the flow of information from the start of this process it is hard to fully trust government-released data.

Coronavirus uncertainty and extended shutdowns of manufacturing plants especially in and around Wuhan are also having focused impacts on high-value industries, such as the electronics, financial industry, and aerospace.

For example, in the aerospace industry. Large commercial airlines, including the three largest in the United States, have suspended flights to China during the outbreak while Cathay Pacific asked its 27,000 employees to take three weeks of unpaid leave between March and June in order to manage cash flow. Another example: over 70 companies, including Lockheed Martin, Raytheon, Bombardier, and all Chinese companies, did not send delegations to the prestigious Singapore Air Show being held during the week of 11 February.

Perhaps no industry has been hit harder than the automotive industry. Wuhan and Hubei are centers of automotive manufacturing in China. Nikkei Asian Review lists 17 automotive manufacturers and suppliers operating in Wuhan including General Motors, Honda, Nissan, Renault, and Bosch. Hyundai’s decision in early February to suspend operations at its three domestic auto assembly plants is reflective of the supply chain challenges that quarantines in China are creating not just in China, but throughout the industry. US manufacturers are thought to be more resilient but switching and validating new suppliers can take time. An IHS Markit forecast released on January 31, 2020 noted that factory closures for most of February would lead to lost production of “more than 1.7 million units for the first quarter, or about 32.3 percent decline from [our] initial expectations before the crisis began.”

The combination of the economic and human effects of the coronavirus outbreak as well as continued uncertainty about the real state of the situation also has the potential to create a legitimacy challenge for President Xi and the CCP.

According to Dr. Yanzhong Huang, the short term shock of coronavirus will “shave the GDP by a significant percentage and will have an impact Communist Party’s legitimacy, which happens to be performance based and rooted on delivery of economic growth.” Economic-based legitimacy concerns are magnified by events such as the death of Dr. Li, the whistleblower doctor, from the disease and government efforts to remove reporting of his passing from on-line media, including one thread with five million comments.

The on-going crisis related to the coronavirus outbreak in China has created economic challenges for China, which is already suffering its slowest growth in three decades, and increasingly generating supply chain and operations disruptions for companies across the region and throughout the world. The automotive, electronics, commercial aerospace, and financial industries are especially vulnerable to the quarantines in Hubei and across the country and associated manufacturing shut downs.

The Chinese Communist Party’s (CCP) lack of transparency in the early stages of the outbreak complicated efforts to contain the virus. Continued CCP efforts to control, create, and distort narratives about the virus on Chinese social media are already having a detrimental effect on how many Chinese citizens view the CCP and has revealed vulnerabilities in China’s authoritarian model.

While many observers believe a rapid return to economic normalcy once the crisis abates, there are few indications that it will do so soon. Moreover, in combination with other domestic and geopolitical challenges (instability in Hong Kong, competition with the United States, structural economic reform, pushback on Huawei and China’s techno-authoritarianism), there is a growing sense that there is no real return to the “status quo antebellum” and that continued political, geopolitical, and economic uncertainty is more likely. Investors with significant equities in China should consider building intelligence and decision-making tools that incorporate this uncertainty rather than seeking to eliminate it in order to anticipate future disruptions and developing hedging strategies for mitigating risks in a risk-burdened environment