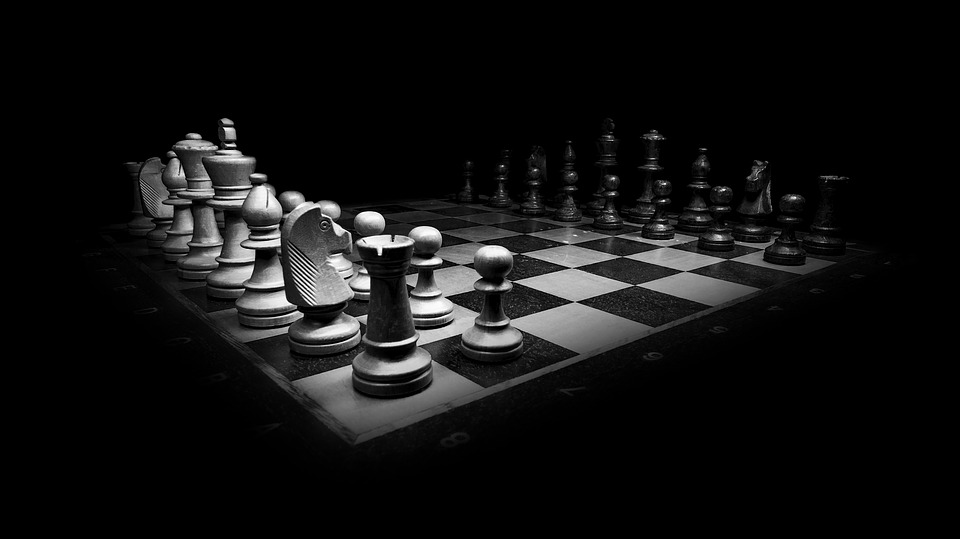 With the ECB meeting behind us, the Fed is poised to lower the Fed Funds rate by another 25-basis points next week. This continues to be one big trade. And with excessive liquidity already in the market, and the committee still divided, the bar for future rate cuts will likely be higher. The next move and broader correction will need to come from continued progress on the trade front.

As the data in the US still remains constructive, the Fed is poised to follow today’s ECB move toward more accommodation with another 25-basis point cut next week. With this, global rate markets remain in corrective mode off the August extremes. Although we now view this recent move in rates as corrective, with the winds of change on the trade front in the air as we move closer to the 2020 election season, the market warrants close attention with potential for a broader correction.

Too early to call a bottom? \

Perhaps, but worth a very close watch. Chart below on 10-year yields highlights the move off the extremes of late August, early September.

The month of August was extreme. And with a lack of liquidity, and continued uncertainty around trade (8/1 Tweet) and the economy, last month had many scratching their heads as to the implications of outright rate and curve level. For most of June and July, 10-year yields spent considerable time around the 2% level.

Let’s take a look at some levels and events along the way for context:

Then off to the races inside of 1.50: 10-year yields were repeatedly failing inside of 1.50. And as we trade around 1.75, and as the above chart shows, through this level we could see a quick trip back toward 2%.

We have been writing quite a bit over the last month about the need for the narrative to change. It doesn’t mean all of the issues at hand will be resolved. It simply means, that amidst the uncertainty and negativity, Powell and Potus both need to bring silver linings front and center as they remain completely aligned in supporting the US consumer.

“In looking at the charts from the past year and a half and the Fed still divided, global sentiment around trade needs to improve for rates and the yield curve to move higher & steeper. And it’s possible”

The chatter around China really began in 2017, intensifying with the imposition of tariffs beginning in the Spring of ’18. The Fed tightened into the intensity (2018), and US inflation expectations never recovered from the losses encountered into the final hike of 2018 with a deeply felt and extremely sharp decline in risk assets. It left a mark, consumer included.

As the disruption in global trade intensified, central banks knew one way to respond in the early part of 2019, and driving the pool of negative yielding assets to extremes. Global rates collapsed with a coordinated central bank effort. The Fed and ECB both got this wrong last Fall and still present unsure as they reverse policy.

This continues to be “one big trade” And the ‘driving’ force over time has been uncertainty and disruption around global trade.

The ‘one trade’ chart below:

We are not getting a full-blown China deal anytime soon. And that is not what we present.

But should things continue to progress with ‘small gains’, there is no reason the narrative won’t change. And the tone feel better should the manufacturing data slowly recover.

The Fed, in and of itself, will not solve all the issues at hand although realigning at this point is important and happening, albeit slowly.

But for the markets to truly reverse some of the price action that has driven the narrative in 2019, the President needs to begin moving the ship in a different direction. The consumer is 70% of the US economy. As a stand alone, the US consumer is the second largest economy in the world. With the Fed adjusting policy, it’s time for Potus to move the ball forward on China.

Granted, the pocket of time now isn’t completely synonymous, however in both periods of time GDP moved sharply lower and 10-year yields followed. Liquidity was injected and the global economy responded.

There is no question the global economy has slowed. On the other hand, an extreme amount of stimulus is being pushed out. Although the Fed has not been as aggressive as some of the other central banks, we have certainly imported the impact of negative global yields to the tune of 10 and 30-year yields at 1.50% and 2% respectively. No matter how you look at it, that’s stimulative for the US consumer. The Fed knows, and has referenced it. Long end rates do count.

We watched Powell’s speech from Switzerland this past Friday following the NFP number. And many of the themes were consistent with things we’ve heard over the last 6 months so not much new in general.

“The one takeaway, however, was with relation to committee divide and the need for consensus. The timing of these comments is off the back of plenty of Fed speak from last week which continues to show a Fed skewed toward easing, yet still somewhat divided”

Powell’s comments do not change the market’s outlook for the September meeting.

However, “should the data hold up for the remainder of 2019, it does raise the bar in the future for future easing.”

Powell was very clear when asked about the division: he welcomes the discussion and believes in the need for consensus. We have spoken over the past 3 weeks about the still bifurcated economy. And how Powell will have a tough time with a more aggressive stance should the data continue to hold up.

Short-term, it seems very likely the Fed will deliver at least one more cut next week.

However, when listening to Powell’s comments from Friday, the ‘will’ for more cuts going forward should the data hold up will be questionable in our view.

Our theme for 2019 has been market expectations v Fed intentions, and this upcoming meeting next week will telling. In other words, it may be less what the Fed does and more about Powell’s tone in his press conference.

In many ways, we have argued for the Fed to take a more aggressive short-term approach. The ‘Bullard case’ of knowing realignment and getting there sooner than later. Although we have a forward FF rate close to 1% a year out, it’s the speed in which the Fed is moving that prevents the curve from steepening.

In listening to the Fed speak last week, coupled with Powell’s speech from Switzerland, it seems unlikely a more aggressive stance is in the cards. Powell is a consensus builder. You can see it in his demeanor.

In the end, the data in the US continues to hold up. Certainly, it’s been good enough to lend questions as to how much easing will be needed. For now, we remain firmly priced (100%) for a 25-basis point cut for next week. And there appears to be very little right now to refute that pricing. The Fed will leave the door open but the bar for more cuts this year will be higher.