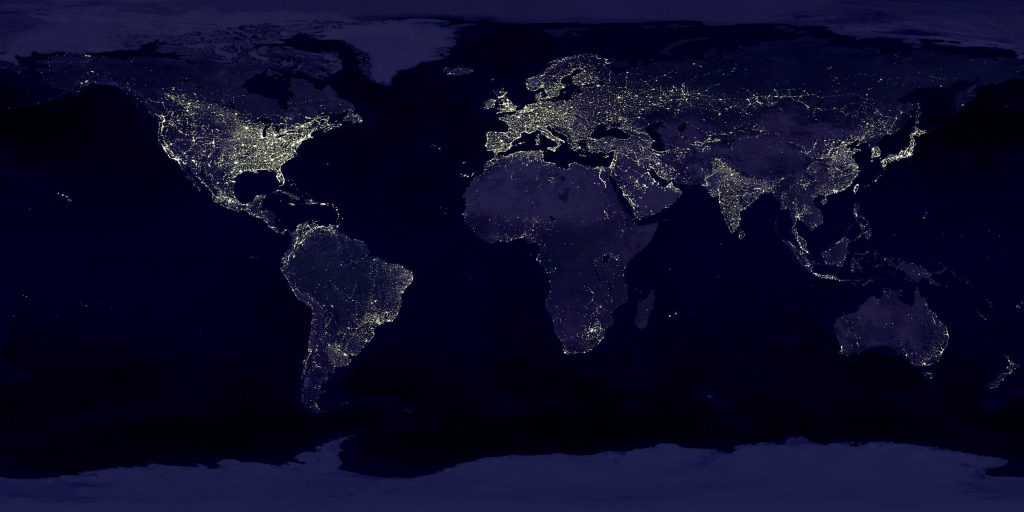 We have reached a strange point in 2019, with the pool of global negative yielding bonds growing by the day. As per the chart below, the Bloomberg Barclays Global Aggregate Negative Yielding Debt Market Value in USD has reached $16 trillion. This pool of debt includes government, corporate and some Euro-junk bonds. For context, currently there are no government German bonds that trade with positive yields. The 30-year Swiss yield has been negative since 2016 with a total of 12 countries with a 10-year negative debt.

Negative yielding bonds are becoming more the norm than exception. Over 29% of all global bonds are now trading with negative yields. The trade war and subsequent global slowdown, coupled with an extreme central bank pivot in 2019, has inspired a fresh new round of negative yield candidates including some higher yielding paper. The ECB added fuel to the fire with additional asset purchases likely announced at its upcoming September meeting.

Essentially, a negative yield is a situation in which the bond issuers of debt are being paid to borrow. The buyers of the bonds in turn then, ‘pay away cash flow’ versus receiving interest income.

Using a typical bond yield relationship, bonds can effectively carry a negative yield when the price of the bond trades at a sufficient premium.

Why Buy a Negative Bond?
In many cases, the buyers of negative yielding bonds need to own paper despite the fact they carry negative yields. Central banks, insurance companies and pension funds, who mostly need to own bonds to hedge liabilities, are forced to accept the negative returns to meet their investment mandates and guidelines. Obviously, this has created a very challenging environment especially for defined benefit plans. Other reasons to own negative bonds include the need to meet certain liquidity requirements for regulatory purposes and additionally for the pledging of collateral. Also, for Euro-based fund managers determining how to bet on negative-yielding debt, the harsh reality is they are penalized for doing nothing. That is a result of the negative rate of interest paid on cash held by custodians. Essentially, it’s more costly to do nothing.

What Happened in August that Increased the Pool of Negative Assets?

The increase in global negative rates is a true reflection of a growing trade war and the global economic slowdown intensified with the tweet from the President on August 1st, following the most recent July Fed meeting. Below, see the pivot in the pool of negative yielding bonds in September of 2018 when the trade war began to intensify and new POTUS tariffs were imposed. We never looked back. The pool of negativity went from $6 to $16 trillion as the trade war intensified, global central banks pivoted, and the European economy continued to weaken. The percentage of negative yielding debt is the highest since 2016 when the global economy experienced a similar slowdown.

The US yield curve is being distorted by global forces. Although not entirely. Much of the discussion around the inversion of the US Treasury curve involves implications for recession. This most recent move lower in yield (2/10 inversion), however, along with continued weakening of the global economy, signals a perception now the Fed is behind the ‘curve’. Still, it is undeniable that a portion of the duration grab on the longer end of the UST curve is being influenced by the growing pool of negative sovereign bonds abroad and the quest for higher yielding, quality assets along with the increased uncertainty. Pension funds and insurance companies are being squeezed as the availability of positive yield, coupled with investment guidelines restrictions intensifies. The latest round of panic set in after the tweet from POTUS on 8/1 with the latest grab and rally of the US long bond.

Are there any Opportunities with Negative Bond Yield?

Yes, mainly around arbitrage and the use of foreign exchange hedging. To begin, bond managers based outside the euro zone can earn profits from buying Europe’s negative-yielding government debt by using currency hedging where economic. That is because such hedges are based on interest rate parity, whereas a currency with a lower interest rate trades at a higher exchange rate in the future.

The implied forward exchange rate for any pair of currencies is determined by the spot exchange rate, money market differentials and supply/demand. With interest rates in the US now much higher than in Europe, dollar-based investors are essentially paid to hedge their Euro exposure back into dollars turning negative returns to positive. As an example, a two-year German Bond currently yields around minus 0.92 per cent. However, after hedging the currency, this becomes a positive yield of around 1.9 per cent for dollar-based investors. For a US-based investor, this is better than buying a two-year Treasury which currently yields 1.50%.

Bond managers can also earn money from the steepness of various yield curves. German government bonds rates are negative across the curve, however, the yield curve itself is still very steep with the current differential between the 2 and 10-year bonds around +65-basis points. This creates opportunities for fund managers to invest in higher yielding bonds and profit from the roll down and carry with a certain time horizon in mind.

Preliminary data from the OECD shows that assets in pension funds amounted to close to $28 trillion in 2018 with pension funds invested in mainly equities, bills and bonds. Add insurance companies and this overall asset pool grows in significance with the core theme the same: “the need for proper return against promises made” within investment guidelines.

Negative and Positive Convexity and the Negative Yield Dynamic

If a bond’s duration increases as yields increase, the bond is said to have negative convexity. In other words, the bond price will decline by a greater rate with a rise in yields than if yields had fallen. Therefore, if a bond has negative convexity, its duration would increase – the price would fall. As interest rates fall, the opposite is true.

Negative Yield dynamic
The duration grab we are witnessing by global pension funds and insurance companies is behaving like negatively convex bonds. Instead of getting ‘longer duration’ with buying and lower yields, the crowding out of “available” positive, high quality assets is forcing more buying, whereas more securities are needed. In other words, similar to a negatively convex bond, “buying begets more buying”, to stay in front of a needed return or duration exposure.

When looking at the extreme move in US Treasuries, increasing volatility coupled with increased risk of recession, credit spreads have been amazingly resilient. The implications for pension funds and insurance companies are such that, high quality pools have now spread well beyond sovereign debt and clearly spilled over into the global credit markets. In fact, some high yield debt in Europe is now trading at negative levels.

Referencing a recent FT article with data provided from BOA, “while US bonds account for just under half the $55 trillion global investment-grade bond market, they pay out 88 per cent of all yield.”

Think about that. No wonder the conversation of late has questioned whether negative interest rates in the US is plausible.

Is It Possible for the United States to Experience Negative Yields Like Europe?

With the recent move lower in rates for both the 10 and 30-year benchmark US Treasuries, coupled with the growing pool of negative yields abroad, there has been considerable discussion as to the potential for US yields to follow suit.

Let’s look at what some known market participants are saying:

Former Federal Reserve Chairman Alan Greenspan said:
“There is international arbitrage going on in the bond market that is helping drive long-term Treasury yields lower,” Greenspan said in a phone interview. “There is no barrier for U.S. Treasury yields going below zero. Zero has no meaning, besides being a certain level.”

PIMCO Economic and Market Commentator, Joachim Fels wrote:
“However, it can be argued that in affluent societies where people can expect to live ever longer and thus spend a significant amount of their lifetimes in retirement, more and more people demonstrate negative time preference, meaning they value future consumption during their retirement more than today’s consumption. To transfer purchasing power to the future via saving today, they are thus willing to accept a negative interest rate and bring it about through their saving behavior.”

Allianz Chief Economic Advisor, Mohamed El-Erian said:
“If we go negative, I’m going to be really worried because negative yields in the U.S., the world’s biggest financial market, will break things,” “The system is not built to operate with negative yield.”

AmeriVet views the potential for US yields to follow Europe and trade negative as unlikely, but certainly should not be ruled out. Most importantly, however, in speaking with clients, the potential of negative rates in the US has now become a legitimate talking and risk discussion. Are we prepared and what are the implications?

What are a few variables that could take us there?

1) Europe continues to weaken: Much of the driving force in the US Treasury market of late has been the pull from abroad as the pool of negative bonds increased. The impact of this becomes much like that of a domino effect. There are only so many high-quality bonds available, and a crowding out effect settles in. Although currency hedging plays its role, sovereign debt has credit risk as well. Owning 10-year US Treasuries versus 10-year Italian bonds is simply not the same despite their yield differential being close to zero. With the ECB on the cusp of more asset purchases, further downward pressure on US yields is plausible.

2) The Fed: As the structural driving force behind domestic interest rates in the United States, Fed policy would be high on the list of factors to potentially drive US rates negative. A move back to the zero-lower bound (ZLB) and another round of unconventional monetary policy (QE) could ignite a move to test negative rate boundaries.

3) The trade war intensifies: A further escalation of the current dynamics would increase the odds of spillover to the US markets. The correlation from the fall of last year, intensified trade dynamics and negative yielding assets is high. The current view is that the US consumer is still strong, allowing the US to avoid recession, but this is far from a certainty. A slower moving Fed along with increasing recession odds would be a factor to increase a chance for the negative yield spillover into the US.