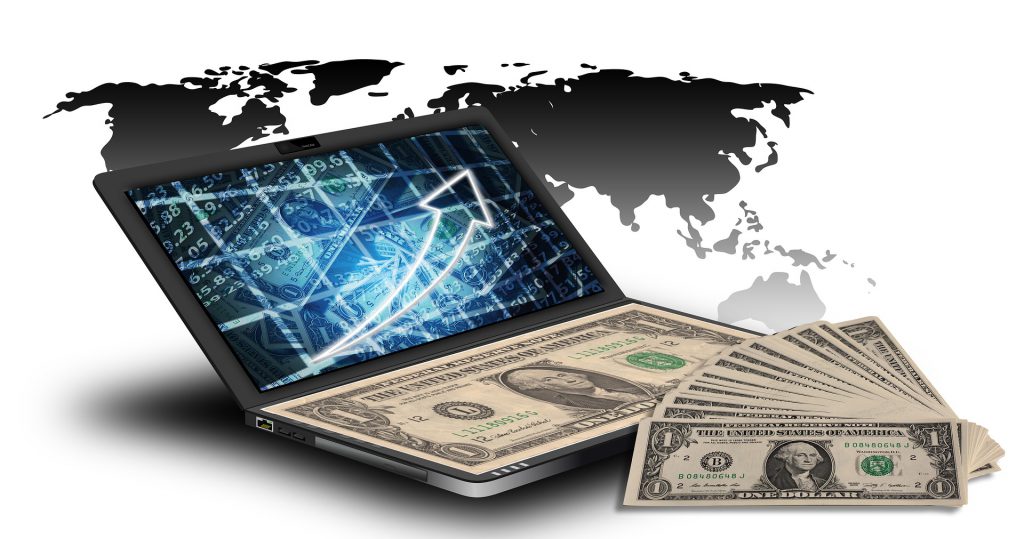 Staff from AmeriVet Securities recently sat in on a conference call with ACG Analytics to discuss the uncertain trade landscape in North America and China. AmeriVet staff were joined on the call by Bear Traps Report Founder, Larry McDonald; ACGA Consultants, David Metzner, Chris Sands and John East; and Economist, Robert Kahn. ACGA’s Director of International Policy, Chris Czerwinski, moderated the discussion. The summary of the call is below.

Only one thing is constant in the Trump Administration: the element of surprise. So says David Metzner, foreign policy expert. The bombasticity in the White House creates a constantly shifting global chessboard, inducing headaches for everyone from CFOs to international allies and geopolitical adversaries. Observing how different actors respond to this uncertainty gives meaningful insight into markets and international relations.

Mexico conceded to President Trump’s demands last Friday (June 7, 2019). This averted new tariffs on Mexican goods to the US and awarded Trump some key policy victories. US equities and the Mexican Peso are both up this Monday. This may appear to be a clear victory for Trump, but his unpredictability with Mexico will not do him any favors when negotiating with Xi Jinping. His volatility here also contributes to the long-term trend of market fatigue, with major companies struggling to predict the future trade landscape.

The outlook for the United States-Mexico-Canada Agreement (USMCA) is mostly positive. Its next step is ratification with each country. With Mexican President Andres Manuel Lopez Obrador (AMLO)’s popularity at home, he will control USMCA’s fate in Mexico. Given his professionalism dealing with Trump on recent tariffs, it is likely he will pass USMCA in Mexico. Steel and aluminum tariffs are applying enough economic pressure for the Canadians to seek stability on trade. Canada introduced the USMCA to their parliament. Their current proposal of the USMCA even includes a very detailed proposal that prevents China from using Canada as a backdoor to export their trade to the US. Canada clearly wants this bill to pass.

Ratification in the United States

The USMCA’s ratification is murkiest in the US. President Trump wants to see USMCA passed quickly. It looks to be a hallmark of his reelection campaign and would be evidence of his negotiating prowess. Speaker Pelosi is delaying action to avoid a Trump victory; however, she cannot go too far and risk appearing obstructionist. The USMCA is unlikely to pass before the end of summer, however Trump must introduce it before the fall. The upcoming Congressional docket will be too crowded and political attention will be too divided with the election less than one year away. Interestingly, the USMCA could be an election bullet point for both sides of the aisle. Speaker Pelosi passing the USMCA will prove that Democrats can govern beyond simply obstructing Trump and President Trump can show the result of his hardline trade negotiations.

ACG Analytics turned much more bearish on the newest round of China tariffs within the last month. US equities are rising too much relative to the tumultuous state of trade negotiations. ACG puts 50/50 odds on trade talks even resuming in the short term, let alone reaching a conclusion. ACG points to the recent $2b US-Taiwan arms deal and Department of Commerce restrictions on Huawei as signs of rising tensions. Tariffs on $325b worth of remaining Chinese imports are set to take effect in early-mid July.

China’s Effect on US Politics

Toughness on China is popular within the US on both sides of the aisle. The US public is concerned about China’s rise, with concern about trade stemming from fears about national security. It is widely understood that China is a major national security threat. US leaders are grappling with how to reconcile that with trade policy. With 2020 on the horizon, both sides of the aisle are looking for hallmark victories for the election cycle. Trump will probably continue applying economic pressure on the Chinese. If they concede, he appears to be a successful negotiator. If they do not concede, he appears tough.

There is bipartisan consensus to be tough on China. This view is from Congressmen and Congresswomen coming out of Congressional intelligence briefings. They recognize the threat that China poses to United States national security. The White House could gain bipartisan support for a realpolitik plan to negotiate an advantageous trade deal with China that gives a positive benefit to national security. Right now, perspective on the White House is split. Some experts claim this administration is chaotic, pointing to the $2b potential arms dead with Taiwan as a flagrant example of this. They say this provocative behavior towards the Chinese is symptomatic of a lack of strategy and expertise within the administration. Other experts point to Vice President Pence’s November 2018 speech as evidence of a deeper plan to combat Beijing, with the South China Sea and Taiwan as potential flashpoints in the grand strategy. Regardless of viewpoint, the potential arms deal with Taiwan makes transactional negotiations with the Chinese hard.

Trump’s strategists are looking at Joe Biden as the Democratic candidate for 2020. Trump’s hardline stance against China will be a cornerstone of his reelection strategy. Biden is historically soft on China, not to mention his son’s own dubious private equity involvement with the Bank of China. Chinese toughness will be a cornerstone of Trump’s reelection campaign and it is unlikely for him to exit the trade war without a decisive victory to carry him through next November.

A bipartisan bill to restrict Chinese companies with closed books from the US stock market was recently introduced to Congress. US Senators Marco Rubio, Robert Menendez, Tom Cotton and Kirsten Gillibrand introduced the “EQUITABLE Act”. It would require the Securities and Exchange Commission to keep a list of Chinese companies not providing adequately audited financial statements to US agencies. After three years of non-compliance, the SEC would have the option of delisting those companies from the NYSE. Leadership on the bill is notable, as Sen. Menendez is Chair of the Senate Committee on Foreign Relations and Sen. Gillibrand is running for the Democratic nomination for President. According to John East, Congressional policy expert from ACG Analytics, the outlook on this bill’s success in Congress is unclear. Even if the bill does pass, he is unsure if it will achieve its desired outcome. The SEC has unsuccessfully tried to cooperate with their Chinese counterparts on this issue for the last decade. Now Congress is stepping in. Mr. East says that this bill is more political than practical. It is using SEC regulations to achieve a foreign relations outcome. He fears that the bill’s heavy-handed approach to a nuanced issue may have negative impacts on US investors and companies.

The G20 Summit is coming in late June. The recent threat of tariffs drew AMLO away from the domestic issues which were the focus of his first six months in office. He will miss the G20 Summit in late June to work on domestic policy.

This provides the unlikely but possible situation of a quick resolution to the trade war. Trump personally likes Xi Jinping. A face-to-face meeting between the two might spark the beginning of an agreement. This is an improbable outcome, but if there is one thing to learn from the Trump administration, it is to expect the unexpected.