Mindful of the Mid-Cycle Adjustment 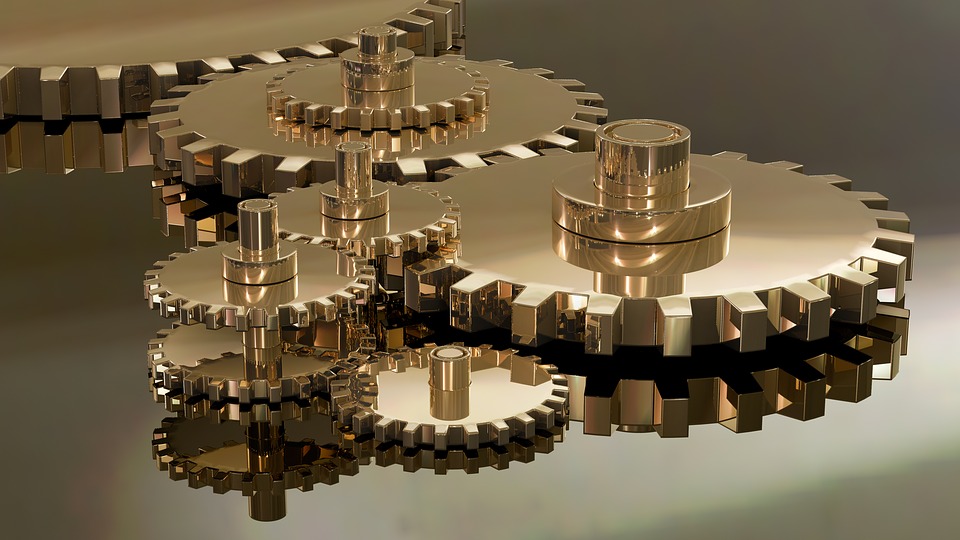 When Chairman Powell first used the words “mid-cycle adjustment”, the market was very quick to react. In the ensuing months, the Fed’s use of the words “risk management” is now a staple in most Fed communication. Powell himself has referred explicitly to 1995 and 1998 to benchmark the Fed’s current mindset.

Let’s Take a Look at the Week:

We closed our weekly summary from last week with the notion the markets needed a new catalyst:

“The market is looking for the next catalyst. And as we move into October the trade negotiations, impeachment developments, Brexit and global data will provide a new catalyst for the next move to the range extremes. And right now it feels like 1.50% will be the winner in 10-year space.”

With the pricing of Fed expectations for the upcoming October Fed meeting mixed, and 10-year yields hovering around 1.70% in the middle of its short term range, the weak ISM data was the catalyst to get the market moving again. Granted, the weakness in manufacturing globally is not a new story. Although seeing it hit the US market in a meaningful way was in Powell’s words “eventful”.

The discussion around the strength of the US consumer, and economy as a whole, was growing long in the tooth. In reality, the US consumer has been listening to the “one trade” theme now for 6 months: negative rates, inverted curves, recession, Brexit and of course tariffs and China. And equity portfolios from the Fall of 2018 up until now are roughly flat.

We have discussed the potential for these pockets to become self-fulfilling over time. And with the drop in ISM and a number of individual components, the risk to the consumer has increased. And the markets were quick to react.

In many of our prior write-ups, we have compared this recent pocket of time to that of 2015-2016. Not all the dynamics are the same, but some are. And from a chart perspective, there are many commonalities regarding levels and correlations.

Our general feeling after two rate cuts, is that the hurdle for future cuts for this year will be higher. And when you listen to some of the Fed speak of late, the upcoming meeting at the end of the month will be one of the most critical for Powell and the Fed. Yet not the easiest in terms of official rate decision.

We have been in the trenches regarding the Fed. We came out very quickly late in 2018 with a call for the Fed to Pivot. And throughout the course of 2019, been vocal about the need for the Fed to adjust policy lower. Our baseline call early on was 50-100 basis points but not all in 2019.

With two cuts in place, we feel it’s very important to take a step back and absorb the extreme nature in policy shift over the last year. Granted, the ship was pointed in the wrong direction. Yet even Powell himself at the September press conference acknowledged how difficult it is to change gears so dramatically and pursue policy full speed ahead in a different direction.

It is a Fed right now that is very “mid-cycle” looking at a small re-calibration in policy along the way. Time will tell if they’re right, but for now more so than ever, listening closely to the Fed along the way will be critical in the months ahead.

Let’s take a look at some Fed comments this week:

We have been discussing some of the dynamics of the Repo and US funding markets. In the end, this was a short-term shock, yet it also revealed issues that have been percolating now for quite some time. These issues include the Fed’s balance sheet, regulatory changes driving cash/collateral decisions day to day, overall expanding levels of collateral in general and the market structure evolution coming out of the GFC.

We took time this week to put some thoughts together around Repo, SOFR and the Fed’s mandate.

Please visit https://amerivetsecurities.com/ for a read.

Our expectation is for the Fed to begin by generally expanding reserve levels. Although in and of itself this will not resolve the issues at hand. But short-term, it’s the logical place for the Fed to begin, consistent with an easing bias if done at the short-end and something they have discussed publicly over time.

Our general feeling has been that “rate decisions and funding discussions” are no longer mutually exclusive events. And the recent Fed speak, if anything, validates that view and expectations are now built in for the Fed to begin moving some pieces later this month.

The real story in rates earlier in the week had been out of Japan. Until it wasn’t when weak data hit the US market and the global rate markets quickly revered. It is still challenging to position with conviction as the cross-currents remain globally diverse. The one consistent theme has been buyers on any decent backup in rates. This certainly includes credit as well.

No secret Japan led the way for decades on bond purchases. With a continued move to pare back, bond futures in Japan moved the most since 2016, and its 10-year auction the worst bid to cover since like time. We have continued to revert to 2016 with reference to not just rates in Japan, but globally. And we stick with that story for now.

Below we’ve attached a chart on 10-year Japanese swap rates. Easy to see the extreme levels that point back to 2016 and a similar move now in 2019 which peaked during August for the US markets.

August was an extreme month for rates. Sentiment, between the negative yield story and inverted curves, was at its pinnacle. Reversals don’t happen in straight lines, and even in the US market we have rallied back some 40-basis points after touching around 1.90% earlier last month. In general, there is still a ton of stimulus int the system. The global central bank liquidity story has been alive for most of 2019.

When looking at the global rate story this year, and the extreme outright move in US 10-year Treasuries from the Fall of 2018 until now, the influence of external forces on US yields is both clear and very profound. And of particular note is the extreme move in August with 10-year yields testing levels inside of 1.50% multiple times and failing.

Short-term, we trade toward the lower end of the range. Unlike in August, however, the move is far more orderly and with much better liquidity. Coupled with this, we have also had a nice reversal back toward 2% to burn off some of the overbought conditions. It will pay ahead of the trade talks next week to respect the lower end of the range in 10-years. A close through here, however, likely lends itself to a continuation of the move that began in late 2018.