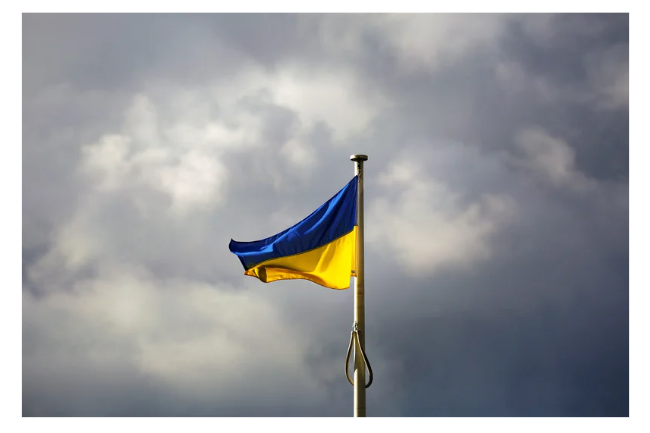 Russia and the Ukraine

Events in Russia and Ukraine continue to rapidly change both internationally and on the ground.  Russia has expressed intent to annex parts of the Ukraine, particularly in Donetsk and Luhansk regions, which goes hand in hand with three additional major developments:

Russia’s economic journey after the fall of the Berlin Wall, the influx of capitalism into a society unprepared for the impact of greed and corruption on a society conditioned to be passive – if not controlled – all in the face of government domination in their lives, has been difficult on the Russian psyche. Putin’s goal is to restore Russia to superpower status and deflect or defeat attempts to reduce the country to a regional power.

Ukraine was predictable. In April 2008, the U.S. pushed for a plan to bring Ukraine and Georgia into NATO at the Bucharest summit and Russian leadership characterized this as an existential threat. Russia’s poorly executed invasion of Georgia in 2008 was followed by a more efficient and rapid invasion of Crimea in 2014.  In both cases, limited territorial gains – South Ossetia or Abkhazia in Georgia and Crimea in Ukraine – were consolidated by Russian forces with little interference from the west, beyond some hand wringing.

The timing for annexation “votes” in occupied areas of Ukraine will be far in advance of any significant reinforcement of Russian troops.

Russian reinforcements may arrive in time to consolidate Russia’s currently weak control of these regions. However, these reinforcements are likely untrained and lack current experience and expertise. They will not be ready in time to mount a small incursion, let alone a major offensive, unless winter conditions set in much later than historic norms. Typically, late October to early November is when temperatures remain at or below 0 degrees Celsius and the first snowfalls begin.

Putin’s implication that an attack on “Russia’s territorial sovereignty” would elicit a nuclear response are clearly tied to his annexation strategy, as well as a recognition that their forces will not be able to mount a major offensive if reserve forces near term.

It is not impossible to imagine a scenario where Russia consolidates gains in Ukraine, successfully sues for peace, and then in a year or two shifts it’s gaze back to Georgia

President Biden’s speech on September 21 was a moderately strong statement but fell short of historic word choice that a nuclear attack by Russia would result in “grave” consequences for Russia.

Limits on military equipment such as the Army Tactical Missile Systems, which can reach into Russia, will continue. If the West unites around language that annexed lands in Ukraine will not be recognized as part of Russia (with or without the U.N.’s support) and can limit Ukrainian military operations to the border with Russia, then it is possible Putin may conclude his strategy and threats have not had the desired effect.

If Russia can consolidate their gains, with or without annexation, they may sue for peace with mechanisms like limited area cease fire agreements.  This will likely only be a way to stop the fighting while they rearm and refit their forces, and if additional reserve forces can be trained in time, they could mount a new offensive in the spring.

Given Poland’s location and NATO linkages, any use of nuclear weapons that are intended to preclude a NATO incursion, for example in the Lutsk area, would result in fallout through not only Ukraine, but likely in Belarus, as well as in cities south of Moscow.

China views any activity on the planet that distracts the U.S. from the South China Sea and lessens U.S. influence as a positive development. Ukraine’s fight with Russia and the U.S.’s attempted leadership of a loose, and somewhat tentative, coalition of nations to counter Russia is one such development.

It is unclear if China approved of North Korea’s recent declaration that any attack on North Korean leadership would be met with a nuclear response. The U.S. response from the U.S. Indo-Pacific Command was appropriately strong and unequivocal.

China continues to seek gains in technology superiority to reinvigorate their economy. The double-digit growth in the early 2000s appears to be lessening, requiring a new fuel such as technology superiority as well as their continued investment in the People’s Republic of China military to help secure their position as a global player.

The worst-case scenario is also the least likely.  In this scenario the Ukraine government may become overconfident in their success against Russian forces and attempt to punish them by pursuing them into Russia.  In this case, Russia’s traditional territorial integrity would be violated, giving Putin the rational needed to employ nuclear weapons against Ukrainian forces with or without any annexation vote.  This would put NATO and the U.S. in a difficult spot. Russian forces in Russian territory would be under attack and the Russian nuclear response could be limited to Eastern Ukraine and not involve NATO in any fashion. Would the use of nuclear weapons in this scenario elicit a military response from NATO?  There is no way to actually know.

The best-case scenario is also unlikely. If Putin begins to mobilize his nuclear forces as either a brinkmanship chess move, or for actual deployment, Russian leadership could either convince him that the move is not worth the risk, or remove him from power. This could open a dialogue with the West on immediate aid for Russia and allow them to recover from the cost of the conflict, while returning Eastern Europe to a more peaceful posture.

As mentioned above, the most likely way forward is if Russia can consolidate their gains, with or without annexation, they may sue for peace with mechanisms like limited area cease-fire agreements.  This will likely only be a way to stop the fighting while they rearm and refit their forces. If additional reserve forces can be trained in time, they could mount a new offensive in the spring.  Putin will continue to use brinkmanship and threats to keep the West from entering the conflict.

Michael Snodgrass retired from the U.S. Air Force as a Major General in 2011. He is currently the President of SG Strategic Solutions LLC.

He has extensive command and leadership experience in the U.S. Air Force and joint world, as well as a wide range of disciplines, including defense and aerospace, technology development, government acquisitions and requirements, foreign military sales and leadership coaching.

He consults with the government, defense industry and other businesses on a wide range of topics. In 2019 he became an adjunct contract professor supporting the U.S. Air Force on strategy and policy development.

From 2014 to 2016 he was Vice President, International Business Development at Raytheon Corp. Prior to that he was Director of U.S. Air Force and Federal Aviation Administration programs at Engility Corp.

General Snodgrass joined Burdeshaw and Associates in 2012 and is a Senior Consultant for numerous clients in the defense and aerospace sectors.

Prior to his retirement, he was U.S. Air Force Assistant Deputy Under Secretary for International Affairs; responsible for formulating and executing USAF Policy, Strategy and Programs for Building Partnerships and integrating Air Force policy with international partner goals, totaling over $40 billion total program value.

From 2007 to 2010 he served as the first Chief of Staff, U.S. Africa Command. There, he was responsible for the construction of the country’s newest Unified Geographic Command.

He has commanded at the squadron, group and wing levels and has lived in/visited over 50 nations while in uniform. He has over 3500 flight hours in various aircraft including the F-16, F-15, F-4, C-130 and HH-60, as well as over 100 combat missions in Operation Desert Storm.

In addition, General Snodgrass teaches leadership and management courses. In his spare time, he provides leadership coaching and training to the U.S. Air Force ROTC unit at Florida State University.