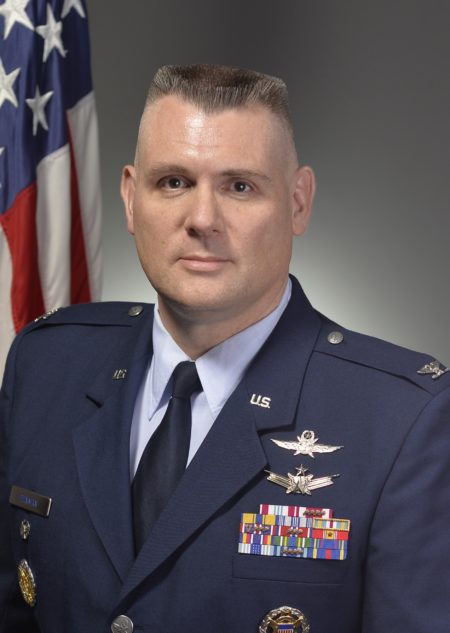 Colonel Brian Denman retired from active duty in 2019, after a distinguished 25-year career in the U.S. Air Force as a communications and cyberspace warfare operations officer.

Additionally, Colonel Denman served as a strategic planner and resource advocate on the Joint Staff, where he focused on Russia and emerging cyber threats. In this role, he also supported the creation and employment of the nation’s Cyber Mission Force, U.S. Cyber Command’s action arm to execute cyberspace operations in defense of the nation’s interests.

A native of Spokane, Washington, Colonel Denman earned his commission as a Second Lieutenant in the Air Force and his bachelor’s degree in business administration, with a focus on management information systems, from Washington State University in 1994.

He earned a master’s degree in management from Troy University and a master’s degree, with distinction, in national security and strategic studies from the U.S. Naval War College. In addition, he is a Certified Information Systems Security Professional and holds multiple cybersecurity industry certifications.

Following his military career, Colonel Denman and his wife, Amy, returned home to Spokane, where they own and manage a cybersecurity consulting and training firm, Sentient Forge, LLC.

He is devoted to educating our next generation of cyber professionals and helping organizations find success in today’s challenging security environment.