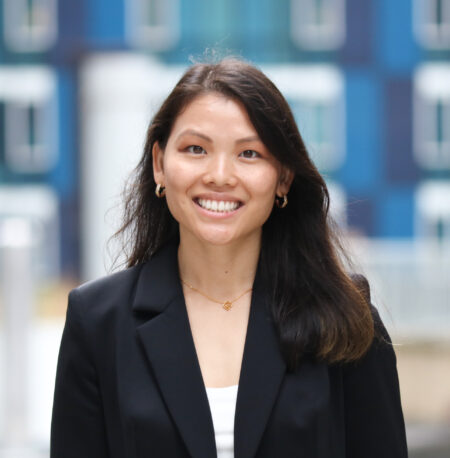 Cassidy Kelly is an intern joining AmeriVet Securities for the fall semester.

Ms. Kelly was born in Nanning, Guangxi Province of China. At age two, she was adopted and brought over to the U.S., where she grew up in Fredericksburg, Virginia. She attended the University of Virginia, where she studied biology and economics. Upon graduation in May 2019, she commissioned as a U.S. Army officer through the university’s ROTC program.

Ms. Kelly served for three years and her first duty station was at Camp Casey, Korea. There, she served as the distribution platoon leader, charged with the responsibility to supply and distribute bulk fuel, ammunition and food to the various military bases within South Korea. Ms. Kelly finished her military career at Fort Jackson, South Carolina, where she served as an executive officer of a human resources company with more than 250+ soldiers.

As a transitioning veteran, Ms. Kelly hopes to utilize her economics degree in corporate finance.

In her spare time, she enjoys training for her long-term goal of qualifying for the Boston Marathon and mixology.