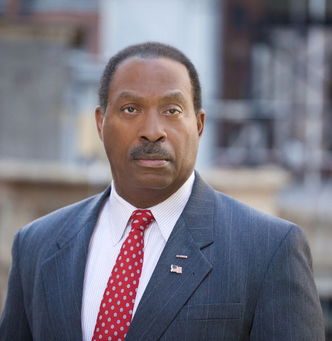 Elton Johnson, Jr., is the founder and CEO of  AmeriVet Securities, Inc and has served in the financial services industry since 1977. Prior to owning his own stock brokerage company, he worked for several regional brokerage houses including Security Pacific Brokers and Kennedy, Cabot.

Shortly after graduating from college, Elton enlisted in the U.S. Marine Corps Reserve. He served in the 4th Marine Division for two years as an artilleryman before he obtained a conditional release and a lateral transfer to the U.S. Army in order to volunteer for U.S. Army Special Forces training, also known as the Green Berets.

Additionally, he served in the 19th Special Forces Group and the 12th Special Forces Group (both Airborne), where he was trained as a Communications Specialist and cross-trained as a Heavy Weapons Specialist. In 1985, he was commissioned as a Second Lieutenant in the Armor Branch.  After 9/11, he was called up for active military duty and served two tours of duty in Iraq and one tour of duty in Afghanistan.

In 2013, Elton retired as a Lieutenant Colonel in the Infantry Branch. His military awards include the Bronze Star Medal, the Defense Meritorious Service Medal and the U.S. Army Combat Action Badge.

Elton is a disabled U.S. veteran and an advocate for veteran’s rights. In 2010, he was the motivating force behind the passage of a California law which soon became known as Major Johnson’s Law. It assists California citizen-soldiers in maintaining their businesses while deployed on active military duty.

Elton graduated from the University of Notre Dame, where he majored in finance and received his bachelor’s in business administration from Notre Dame’s Mendoza College of Business.

Elton is pursuing his master’s in business administration at American Military University. In addition, he is currently enrolled in the Vistage Worldwide CEO training program.