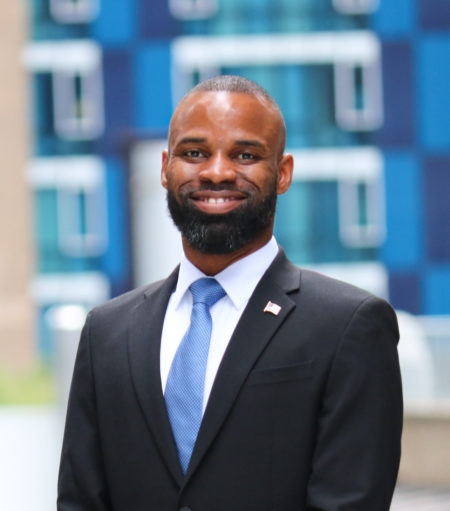 James Fitzgerald is an Associate, Engagement and Communications at AmeriVet Securities.

Mr. Fitzgerald is a veteran of the U.S. Army, where he served for nine years in the Infantry, deploying to Iraq and Afghanistan. He received the Purple Heart for his injuries sustained during combat in Afghanistan while serving with the 101st Airborne Division. In 2014, he was medically retired and honorably discharged from the military.

He moved to New York City in 2014 and most recently served as the Deputy Director of the NYC Veteran Alliance. There, he established strategic partnerships with key stakeholders and government agencies, and managed organizational policy initiatives at local, state and federal levels in support of veterans. In addition, he worked to ensure pressing matters impacting veterans and their families were addressed and continuously created sustainable solutions for them.

Mr. Fitzgerald previously interned at the White House with First Lady Michelle Obama on Joining Forces, an initiative connecting service members, veterans and their families with public and private sector resources in education, employment and wellness.

He graduated with honors from CUNY, Medgar Evers College, where he majored in Public Administration, with a focus on Law and Public Policy.

Mr. Fitzgerald is originally from Tennessee and currently resides in Brooklyn. In his free time, he enjoys fitness, reading graphic novels and hiking.