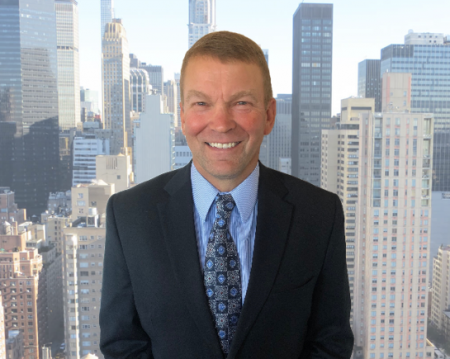 Lieutenant General Jeffrey Buchanan retired from the U.S. Army in 2019, after an esteemed 37 year career. He joined the AmeriVet Securities Advisory Board in 2020.

General Buchanan was commissioned a Second Lieutenant in the Infantry under the ROTC program after graduating from the University of Arizona with a bachelor’s degree in Wildlife Ecology in 1982. He earned a master’s in Leadership Development from the U.S. Military Academy in 1992 and was the Distinguished Graduate of a year-long international security fellowship at the Geneva Center for Security Policy in 2002.

General Buchanan served four combat tours in Iraq and one in Afghanistan. From 2016-2019, he served as USNORTHCOM’s Joint Forces Land Component Commander and led the operational-level military response in support of FEMA for five major hurricanes: Matthew, Harvey, Irma, Maria, and Florence, in support of the U.S. Customs and Border Protection Agency for SW border security.

Upon retirement, he and his wife moved home to Parks, Arizona, where he consults from his home office.

In addition to serving as a Senior Fellow for National Defense University, General Buchanan serves as a Senior Mentor for the Department of the Army.

Upon retirement, General Buchanan moved home to Parks, Arizona, where he consults from his home office.

He and his wife Laura, who also has a bachelor’s in Wildlife Ecology, are passionate about the conservation of natural resources and are members of various conservation organizations ranging from the Arizona Elk Society to the National Wildlife Federation.

In addition, he and Laura have three adult children and six grandchildren.