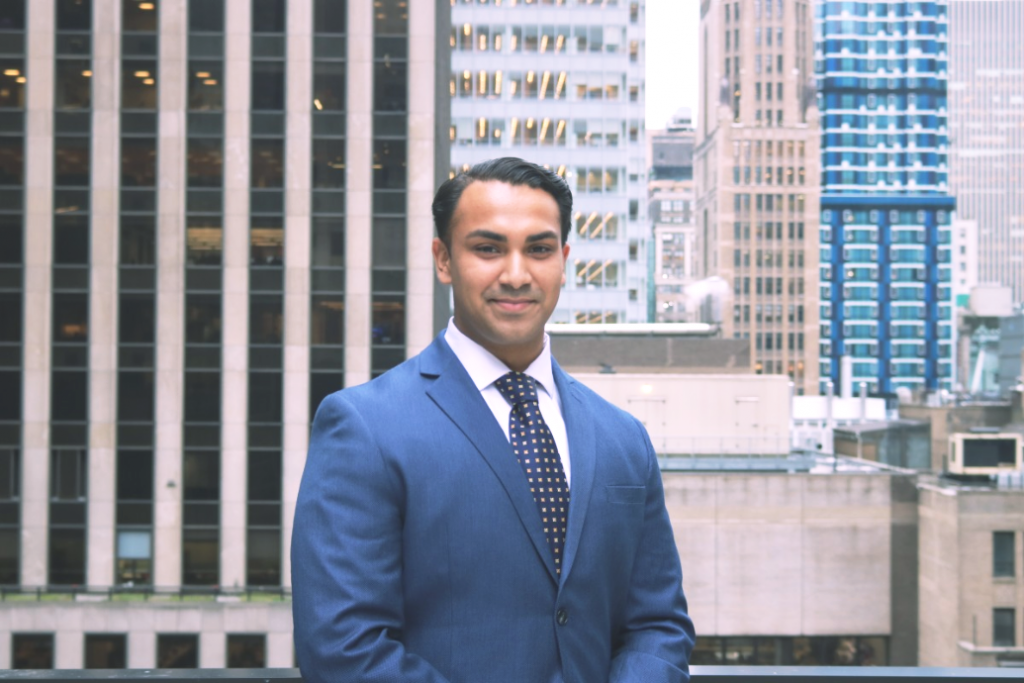 He works alongside the Public Finance desk at AmeriVet Securities

Karanjit joined the U.S Navy as a Hospital Corpsman and currently serves in the U.S. Navy Reserve component as a Non-Commissioned Officer.

Upon returning from training at Joint Base San Antonio in Texas, he interned for the New York State (NYS) Assembly, managing constituent services and gaining a better understanding of how local agencies interact with state government.

Following the NYS Assembly, Karanjit interned at the Mayor’s Office of New York City, where he drafted memos on requested policies and analyzed campaign finance laws.

While in school at CUNY, John Jay College, Karanjit served as a teaching assistant in economic statistics. He graduated with a bachelor’s degree in economics and a minor in political science.

Most recently, Karanjit was called up to active duty and was part of a highly skilled 9 man team out of a unit of 450 Sailors to play a critical role in the daily operations of the Javits New York Medical Center in response to COVID-19.