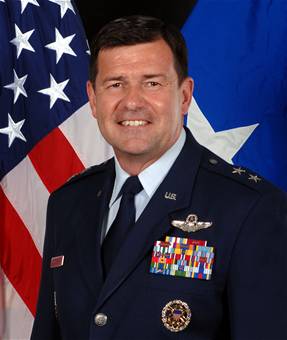 Michael Snodgrass retired from the U.S. Air Force as a Major General in 2011. He is currently the President of SG Strategic Solutions LLC.

He has extensive command and leadership experience in the U.S. Air Force and joint world, as well as a wide range of disciplines, including defense and aerospace, technology development, government acquisitions and requirements, foreign military sales and leadership coaching.

He consults with the government, defense industry and other businesses on a wide range of topics. In 2019 he became an adjunct contract professor supporting the U.S. Air Force on strategy and policy development.

From 2014 to 2016 he was Vice President, International Business Development at Raytheon Corp. Prior to that he was Director of U.S. Air Force and Federal Aviation Administration programs at Engility Corp.

General Snodgrass joined Burdeshaw and Associates in 2012 and is a Senior Consultant for numerous clients in the defense and aerospace sectors.

Prior to his retirement, he was U.S. Air Force Assistant Deputy Under Secretary for International Affairs; responsible for formulating and executing USAF Policy, Strategy and Programs for Building Partnerships and integrating Air Force policy with international partner goals, totaling over $40 billion total program value.

From 2007 to 2010 he served as the first Chief of Staff, U.S. Africa Command. There, he was responsible for the construction of the country’s newest Unified Geographic Command.

He has commanded at the squadron, group and wing levels and has lived in/visited over 50 nations while in uniform. He has over 3500 flight hours in various aircraft including the F-16, F-15, F-4, C-130 and HH-60, as well as over 100 combat missions in Operation Desert Storm.

In addition, General Snodgrass teaches leadership and management courses. In his spare time, he provides leadership coaching and training to the U.S. Air Force ROTC unit at Florida State University.