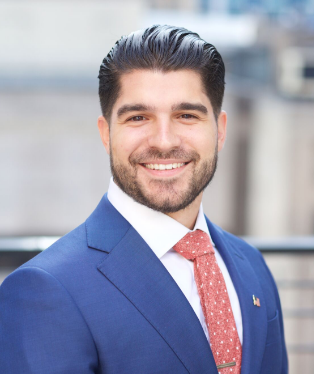 Steven joined the U.S. Marine Corps (USMC) in 2009 as a Data Networking Specialist, where he configured and maintained computer network communications for direct air support.

Additionally, Steven completed a combat tour in Afghanistan in 2011, where he worked in detainee operations, which included guarding and transporting prisoners of war throughout Helmand Province.

Upon leaving the USMC in 2013, Steven attended Pace University in New York City and began working at Academy Securities, Inc., where he supported the public finance department, focusing on RFPs/RFQs and refunding analysis.

Steven earned his bachelor’s of business administration, with a major in finance from Pace University and is registered with FINRA Series 7, 63, and 52.