The Fed Learns, But the Hard Way 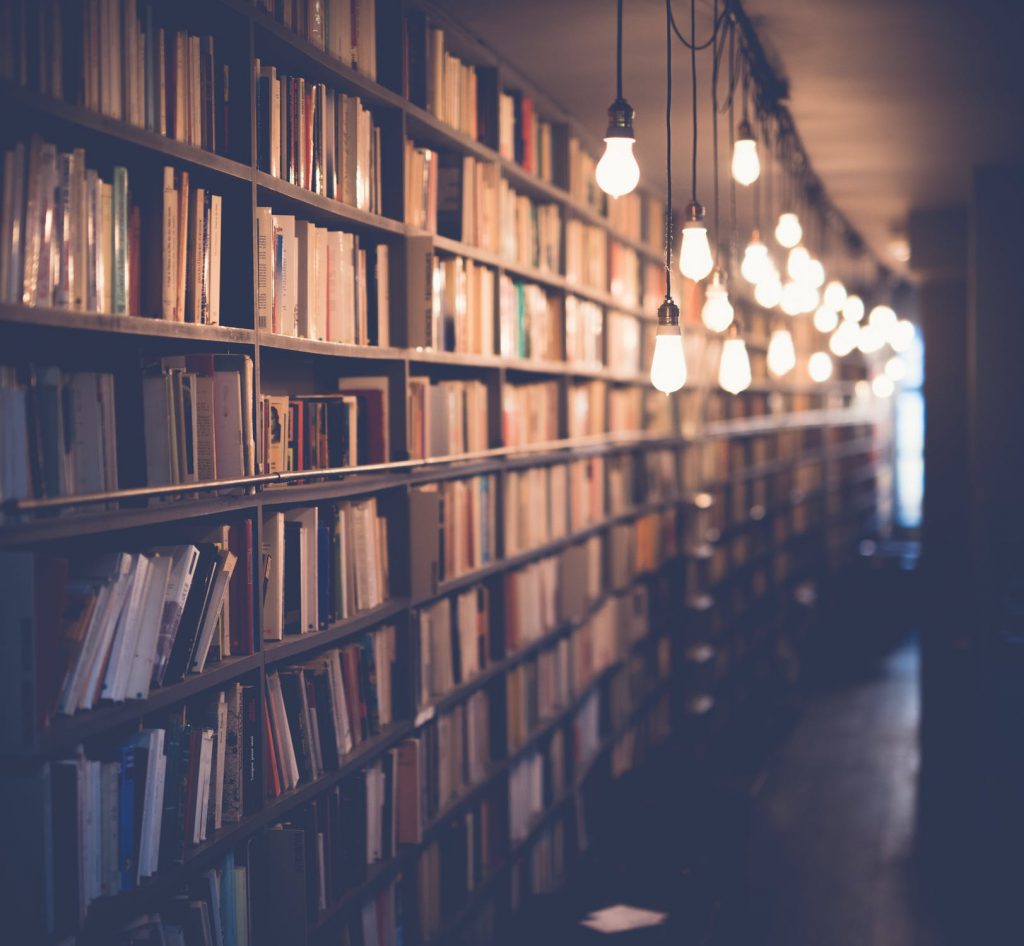 With one of the last opportunities to address the market before the October 30th meeting, Chairman Powell once again showed resilience and the ability to adapt to changes that need to be made. This time regarding the US funding markets. Yet, the trial and error approach leaving the system vulnerable to shocks that occurred in mid-September, and under increased scrutiny, the Fed jumps out in front announcing their plans today to begin expanding their balance sheet.

Following a speech from Denver earlier this week, and consistent with our baseline call, the New York Fed announces their balance sheet expansion plans focusing on the T-bill market in conjunction with extended temporary market operations. Our call was for a minimum of $250 billion with actual purchases now to amount closer to $450 billion. The Fed has been running its balance sheet too low and policy tight for quite some. Today’s move by the Fed was appropriate and long overdue in our view.

Let’s take a look at Powell’s speech from this week leading to today’s announcement: 10/8- “Data-Dependent Monetary Policy in an Evolving Economy”

The Repo and US funding markets have been front and center since mid-September. We have expressed our views on the supply glut, reserve numbers, regulatory challenges and Fed’s balance sheet. Ultimately, it takes a catalyst to ignite the barrage of thought around what’s underneath the hood.

And this week, Chairman Powell was very explicit in his speech from Denver: He told the market help is on the way.

Powell (10/8): “Reserve balances are one among several items on the liability side of the Federal Reserve’s balance sheet, and demand for these liabilities—notably, currency in circulation—grows over time. Hence, increasing the supply of reserves or even maintaining a given level over time requires us to increase the size of our balance sheet. As we indicated in our March statement on balance sheet normalization, at some point, we will begin increasing our securities holdings to maintain an appropriate level of reserves. That time is now upon us”

Chart on Currency in Circulation Highlighting Increase Since the GFC

We have been more than curious about the “trial and error” approach by the Fed regarding ample reserves in their post-crisis shift to a floor system.

Some excerpts from our recent morning client notes versus Chairman Powell this week from Denver:

AmeriVet (September 17th) “Dealer balance sheets are bloated with excess collateral at the same time reserves continue to decline ($s). Also, we are running the deficit hot and pro-cyclical and recently had another slug of supply settle on bank balance sheets as the Treasury market experienced a tremendous amount of selling in the most recent backup.”

“The Fed has been reviewing tools and facilities to potentially put in place to mitigate the collateral, reserve issue but have been slow to act upon. The timing of this most recent spike (not year-end) will almost certainly force them to look at short term open market options to alleviate the pressure in the global $ funding market.”

AmeriVet (9/20) “The trial and error approach is a recipe for disaster. And this is what the Fed has done for the most part. Almost like rate policy: Powell: “we’ll know when we are done when we know.”

Powell (10/8 )“As we indicated in our March statement on balance sheet normalization, at some point, we will begin increasing our securities holdings to maintain an appropriate level of reserves. That time is now upon us.”

AmeriVet (9/27) “As part of the way forward, we do think the Fed needs to increase the balance sheet, but with focus on the very short-end and consistent with their easing stance. Not all balance sheet expansion is QE.”

Powell (10/8) “I want to emphasize that growth of our balance sheet for reserve management purposes should in no way be confused with the large-scale asset purchase programs that we deployed after the financial crisis. Neither the recent technical issues nor the purchases of Treasury bills we are contemplating to resolve them should materially affect the stance of monetary policy, to which I now turn.”

Powell (10/8)  From the Q & A- “We need to get back to a range in reserves and establish a floor level for the initial buffer. That level likely reverts back to the beginning of September” ($1.5 T).

The expansion of the Fed’s balance sheet makes sense at this point. It’s not the end game but was a necessary starting point. And the reality is, keeping the purchases at the very short end is prudent and very much in line with the Fed’s current easing bias, supply dynamics and central bank mandate.

Please see our short video from this week below on Powell’s speech: https://www.youtube.com/watch?v=E8pXz1XviUo

Believe us, the critics will be out in force. Powell may need a little help quelling the market critics, but as a long-term participant in the global interest rate and currency markets, it’s fine with a focus on T-bills that will roll seamlessly on and off the balance sheet.

Our comments this week through our interview with MarketWatch on the Fed’s balance sheet:

Bigger picture, however, market structure still needs to be addressed to accommodate the increase in US Treasury supply across a broader spectrum of market participants, clients and liquidity. Essentially, a more resilient framework will be required over time.

“In other words, “if the Fed wants to avoid the stigma of QE, address the broader market structure and regulatory issues and avoid being the buyer of more supply that is coming from the legislative and executive branches.”

“In terms of unofficial QE, it’s already occurred. And without the Fed doing much.”

From the Fall of 2018 until now, 10-year yields are 200-basis points lower. And much of that move has to do with the slowdown in China: which preceded the trade war, subsequent slowdown in Germany and Europe, and icing on the cake with the tariff war between the US and China. Oh yes and exacerbated by the negative yield story in place now for some time off the back of the global slowdown. The US long end is clearly benefiting from the global slowdown and rate reality.

The core of Chairman Powell’s speech was around a ‘data-dependent framework’ with historical reference, leading back to current day. We have attached the full speech above, but some of the content is a reiteration of current known themes.

We found the reference around the Labor markets most interesting. Granted, in July Powell spoke about the Phillip’s curve and its declining significance, but the below offers a real-time assessment on the current numbers:

Powell: “We believe that the new measure may help us better understand job market conditions in real time. The preview of the BLS benchmark revision leaves average job gains over the year through March solidly above the pace required to accommodate growth in the workforce over that time, but where we had seen a booming job market, we now see more-moderate growth. The benchmark revision will not directly affect data for job gains since March, but experience with past revisions suggests that some part of the benchmark will likely carry forward. Thus, the currently reported job gains of 157,000 per month on average over the past three months may well be revised somewhat lower.”

There is still a fair amount of time between now and the Fed meeting later this month. And we have discussed the notion that the bar for an absolute ‘official’ move from the Fed is higher. Certainly, today’s move to address the funding issues separate from the upcoming meeting lends itself to clearer discussion heading in.

And in consideration of the weak ISM numbers, yet continued decent employment numbers and consumer confidence today, the data is very much in play.

I referenced the above from Powell’s speech, though, because of the continued reasonable employment numbers. The Chairman did a similar thing back in July of this year when he testified in front of Congress. He found a way to discount the employment picture. Although in July is was more blatant. Keep in mind, similar to then this will be one of the last forms of communication before the next Fed meeting.

The Fed wants the yield curve steeper. And since the extreme levels seen in the 2/10 curve from back in August, the yield curve has been grinding steeper, albeit slowly. Today’s Fed decision to focus on the short end puts skin in the game.

When Powell was asked about additional tools the Fed has this week, “yield curve targeting” was one. Powell didn’t offer specifics but any move along these lines would clearly be to steepen the curve out. There are several ways the Fed could accomplish this, today’s move not withstanding. Twist operations, and of course another outright move in the Fed Funds rate later this month could add fuel to the steepening mood. At these low rate levels, the speed in which the Fed moves does matter for the curve.

Confluence of Powell, Trade and the Markets

Interest rates globally are still excessively low. The efficacy of lower rates, globally, is in question in terms of answering the current economic challenges. The Fed is a part of that dialogue: reasons to cut, others to not and a divided committee at a crucial time of year.

The range in 10-year notes continues to be defined by 1.50-1.90% yield levels. With the recent move down toward 1.50% and trade talks upon us, it was a close call on the lower end of the range. But given all of the global risks it felt like we would at least test it.

So, this morning we wind up right back in the middle of the range around 1.70%. A level we gravitated around for quite a bit before this recent move lower. We have been committed to the notion that the bigger move on the long end will need to be driven by improvement with some of the global dynamics: China and Brexit.

With the winds of change in the air, there is no reason rates will not retest the upper end of the range in the coming weeks. With the Fed now firmly intent on alleviating the short end supply, and potentially easing again later this month, even a small alleviation with some of the global uncertainty could go a long way. Stay in touch with the tape.

As we continue to revert to 2016 and issues around the US, a China slowdown and Brexit, attaching a chart on the GBP versus US 10-year notes. Levels are very well defined.

The Fed was very clear today to separate the end of month meeting from open market operations. And it’s not entirely clear where the Fed’s head is at right now with regard to the meeting this month. The Fed speak has been mixed although a hint of caution from here is in the air when parceling the recent Fed speak.

Comments from Dallas Fed President Kaplan below from this week:

Does the outcome of progress with trade and Brexit matter? We think the answer is yes. The one consistent theme coming from the Fed lately is: “haven’t made up my mind yet”, “no preset course, “watching very closely”. In some ways, this would be the right place for the Fed to break short-term, especially of progress is made with Brexit and China.

So, should things present constructive with the fine print in the coming days, it comes down to whether the Fed has the will to cut more. Certainly, there is room.

The inflation picture is still muted with forward break-even rates still back toward 2016 levels. And there’s been no real sign of expectations moving meaningfully higher. And that’s been a concern.

From the Fed minutes released this week:

Additionally, risk management is risk management. The Fed could easily hit the gas one more time, sooner than later, and let the cuts breath as the bigger dynamics play out toward the end of this year. For now, the market seems appropriate by skewed for another cut but with less conviction.