The Fed, Pivot and an Imminent Risk Management Ease 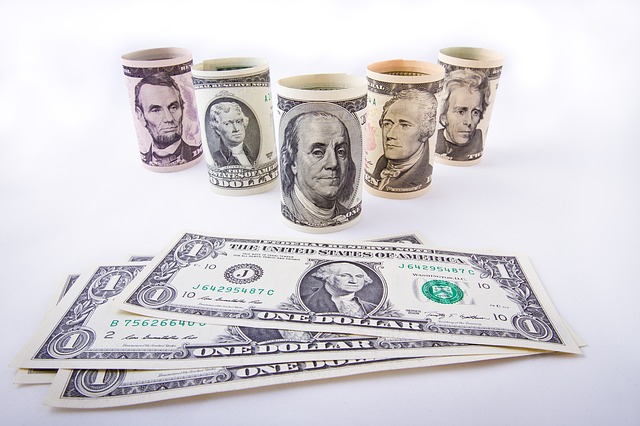 As we enter the blackout period before the Fed’s meeting at the end of the month, this week was filled with speeches, comments and some drama from the committee’s most inner circle: Powell, Clarida and Williams. We will include Evans for icing on the cake and examine not only the most recent Fed comments, but a committee that is responding to global market and financial conditions not seen before. We will keep our summary focused, including thoughts from the June minutes, a recent NY Fed staff report on GDP-at-Risk (GaR) and why a 25 bp cut at the end of this month is likely and the path of least resistance.

This week’s Fed speak and bizarre end of week twist

Fed speak is always on the radar. The comments received this week, however, do carry increased significance on three fronts in our opinion:

2) timing in front of the blackout

Let’s take a look at a short, consolidated summary of Fed speak; including the statement from the NY Fed following Williams’ comments, and subsequent market reaction Friday.

“Carefully monitoring” downside risks to U.S. growth and “will act as appropriate to sustain the expansion”

“the combination of these factors strengthens the case for a somewhat more accommodative stance of policy.”

“An important part of monetary policy is not only setting policy for the baseline but also doing risk management considerations,”

There are disinflationary headwinds abroad and these uncertainties are something that we talked about in our June meeting. We’ll talk about them again in July“

“When you only have so much stimulus at your disposal, it pays to act quickly to lower rates at the first sign of economic distress.”

“There is an argument that if I think that it takes 50 basis points before the end of the year to get inflation up, then something right away would make that happen sooner”**** The NY Fed

“This was an academic speech on 20 years of research. It was not about potential policy actions at the upcoming FOMC meeting“

One of the most influential members of the Fed is offering comments ahead of one of the most highly anticipated Fed meetings in the last 10 years, and it’s about academics

Friday’s statement from the NY Fed was quite interesting. This is not a Fed who has nailed things over the course of the past 8 months. And keep in mind, this is the NY Fed; they are watching market reactions very close. As probabilities of a 50 basis point move set in motion, they were very quick to dial it back. Telling.

In general, we have supported Powell’s reversal. It is certainly not easy to admit mistakes, let alone those with such significance and scale. Within Powell’s testimony to Congress was an admission he’d been running policy too tight. He said it. In doing so, in some ways, was an admission perhaps that a touch of the criticism from Potus of late was warranted.

The rubber is meeting the road, however, between ‘standing tall’ on Fed independence and the legitimate need for a level of policy reversal. The delivery of 25 basis points reverses a clear policy mistake while remaining independent as calls for a bigger cut from Potus are clear.

Why Even Cut at All?

The most recent data has been decent: NFP, retail sales, inflation uptick and Philly Fed.

We have been discussing at length the driving force behind the Fed’s shift in stance; global uncertainty and downside risks. Although nothing ‘formally’ changed from the Fed, there is a clear shift in terms of how the Fed responds to downside moves in market and financial conditions. We have little doubt, a key driver in the Pivot was a result of the market meltdown of 2018, followed by an extremely sharp tightening in financial conditions. Certainly, the repercussions of those moves across markets and the globe were lasting heading into 2019. And the Fed certainly played its role within that pocket of time.

We went back and reviewed the release of the minutes from the last two Fed meetings, as well as a thought piece produced by NY Fed staffers in June. Considering Friday’s NY Fed dial-back, we found it fitting to include some of their constructive work.

Monetary Policy and Financial Conditions: A Cross-Country Study. See below:

It’s a worthwhile read. And we highlight a few paragraphs for relevance in our summary and the policy shift from the Fed:

“In reality, welfare differences between the classic and augmented Taylor rules are likely to be greater than suggested by this stylized model. For instance, in the data, the effect of financial conditions shock on output is not immediate. Thus, responding to changes in financial conditions allows monetary policy to be more forward looking, as opposed to waiting for the output gap to respond. Also, a richer model with capital and investment could produce a drop-in inflation following a compression of financial conditions; lower credit spreads would decrease the cost of capital and thus marginal costs of production, as in Gourio et al. (2017). In such a model, the classic Taylor rule might respond by cutting rates, because of lower inflation. However, an augmented rule taking spreads into account might instead recommend a lower cut” (25 v 50)

The market move in late 2018, as the Fed initiated its final hike, was a shock to financial conditions and the system as a whole. It is widely recognized the Fed went too far, which initially resulted in the Pivot. And now, with subsequent damage to the real economy on a global basis from the trade war, the Fed has shifted beyond the Pivot and toward greater accommodation.

To a large extent, much of the improvement in financial conditions can be credited to the market’s anticipation of the Fed to provide more liquidity. Risk assets have improved, rates are extremely low (not all Fed driven) and credit spreads tight.

So how does the Fed view the improvement in financial conditions?

Let’s take a look from the June minutes:

“While overall financial conditions remained supportive of growth, those conditions appeared to be premised importantly on expectations that the Federal Reserve would ease policy in the near term to help offset the drag on economic growth stemming from uncertainties about the global outlook and other downside risks”

At a minimal, they will look to undue the 25-basis point hike in December of 2018, but will likely need to do more short-term based on downside risks from the intensified global trade war.

(Economic conditions not a forecaster of downside risk)

The market moves in late 2018 were a shock to the system. Many are viewing current financial conditions in isolation, whereas, the real damage was done very swiftly and violently toward the end of 2018. And to the downside. We speak about equities making new highs, when in reality this year’s gains are mostly makeup for last year’s losses.

Inflation expectations have recovered somewhat, but nowhere near levels seen from the period between 2016-2018 when the Fed was methodically normalizing.

Powell needs financial conditions to remain looser to allow time for global issues to resolve, or not. They (Fed) appears less concerned about issues around financial stability (short-term), and more focused on global uncertainty as it relates to the US outlook and risk of sustained lower inflation expectations.

Throughout the course of 2019, we have discussed the notion of a more forward-looking Fed. The word ‘risk management’ is being used; insurance too.

Vice Chair Clarida has brought a different framework to the Fed’s thinking. In the end, it has changed the way the Fed responds within different pockets of the economy’s evolution. And within that thought process includes global uncertainties, risks to the forecast and using ‘all’ tools at the Fed’s disposal.

We believe the Fed is 50 basis points too tight (cumulative). Our call has been for 25 basis points this month, as an insurance and risk management hedge. Simply takes back the last hike and the Fed leaves room for more if needed. A few points:

The Fed has consistently referred to using ‘all of their tools’ recently. We suspect, even if it’s 25 basis points this month, it very likely may include an element of surprise with the feel of a 50-basis point cut even if it’s not.