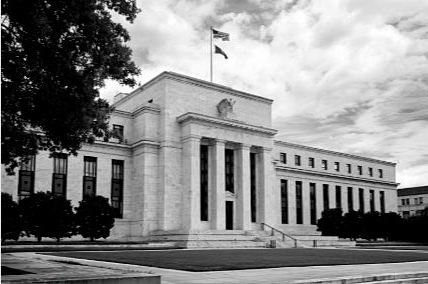 At the beginning of the year, equity markets were positive by 5 – 8%, credit markets and volatility trading near all-time lows, and there was extreme complacency across credit, rates and equities. At this point, the markets had compartmentalized coronavirus risks as a China only issue and as equities were trading at all-time highs in the U.S., the virus was spreading and U.S. long end rates consolidated, ultimately toward all-time low yields.

Despite a global economy that struggled over the past two years, at the forefront of optimism was the U.S. consumer with 70% of the domestic economy. The clear beneficiary of the global negative rate story with U.S. assets and yield in demand across sovereign, credit and equity markets along with a strong U.S. jobs market. In the end, asset levels were already overvalued.

The U.S. Treasury market told us trouble was ahead.

The Fed’s posture toward the end of 2019 was twofold:

This would create a mindset the Fed would be on hold for all of 2020, at least. From a position standpoint with risk assets, although valuations were already stretched, it offered a safety net and risk-on mindset. Dallas Fed President Kaplan even offered explicit views, that he felt the Fed was creating a risk-on incentive with its message. With positive nominal yields, the U.S. long end quickly became the risk-off hedge and barometer globally.

Worsening liquidity conditions and a cash crunch in early March.

By Sunday, March 8, markets began to show signs of increased strain with all assets moving lower in tandem. Generally, a sign of stress and the need to raise capital. When looking at this globally, there has been an extreme need for dollars.

We know the economic impact will be significant, but liquidity conditions turned sharply negative with credit downgrades occurring and solvency issues likely if dollars fail to flow properly. As the global economy came to a halt, there has not been an aspect of daily life without impact: corporates, individuals, small businesses, municipalities all in need of cash.

Whether it’s the funding of daily corporate operations, small businesses needing to pay rent, individuals impacted unfortunately from an employment perspective or USD debt that needs to be funded globally. Each day the economy sits, the drain for cash continues. The Fed had no choice.

The Federal Reserve took bold action reducing the Fed Funds rate down to the Zero Lower Bound of 0-.25. This is something the Fed has discussed at length in the course of 2019. In conjunction with such moves, the Fed has also expressed the need for other actions when approaching the ZLB. Additionally, they moved the Discount Window rate to the upper end of their band at .25, encouraging Banks to utilize the window without stigma. Furthermore, in coordination with the BOJ, ECB, BOC, BOE and SNB engaged USD Liquidity Swap Lines set at OIS plus 25-basis points.

Lastly, the Fed announced a new round of Quantitative Easing with a total amount of $700 billion across Treasuries and Agency Mortgage Backed Securities ($500/200).

An increased sense of urgency leading up to Tuesday, March 23.

In order to better understand the in Fed’s most recent actions, below is a quick snapshot of actions leading up to this week.

By Monday, March 23, the Fed shifts from bold moves to whatever it takes, including:

The actions of the Fed have been questioned along the way. Part of the criticism lies within the view that central bank policies, since 2008, have contributed to asset bubbles around the globe. Yet now, central banks around the globe are utilizing many of the same policies they’ve been criticized for within this recent extreme time period. The efficacy of policies at its core.

For the past 10 years, central banks have largely been the only game in town. On the fiscal side, the landscape has been contentious globally. It has largely been acknowledged that low rates will not solve a health crisis, something even the Fed has acknowledged.

The Fed is not in the business of making markets, but their mandate includes stable and properly functioning markets. However, this turned from a health crisis to one of liquidity, given the nature of a shutdown and mandate for separation. It is the kind of war that pulls people and businesses apart, not together.

Combating the coronavirus pandemic requires fiscal support as well for consumers, employees, small businesses and owners, medical workers and larger corporates. Yet, with time of extreme importance given the dramatic shutdown of activity, and liquidity conditions worsening, the Federal Reserve was forced to implement dramatic actions as discussions in Congress stalled, same as in 2008.

Looking ahead, estimates put forward for GDP declines in Q2 are as high as 30%. Unemployment warnings coming from top Fed officials and members of the administration are also top of mind. Unemployment could rise as high as 20% to 30% if timely action is not taken. In many ways, this is 2001 combined with 2008 and then some.

This is the largest endeavor of fiscal and monetary policy in our lifetime. From the highest levels of global governments and central banks, the most commonly used phrase is whatever it takes. The literal transfer of fiscal liquidity needed to keep the economy afloat directly to central bank balance sheets.

The coronavirus pandemic has brought the world to its knees. An initial health crisis that began in China, is now one that includes severe economic and liquidity repercussions across the globe.