The Trade War, Rates and the Fed 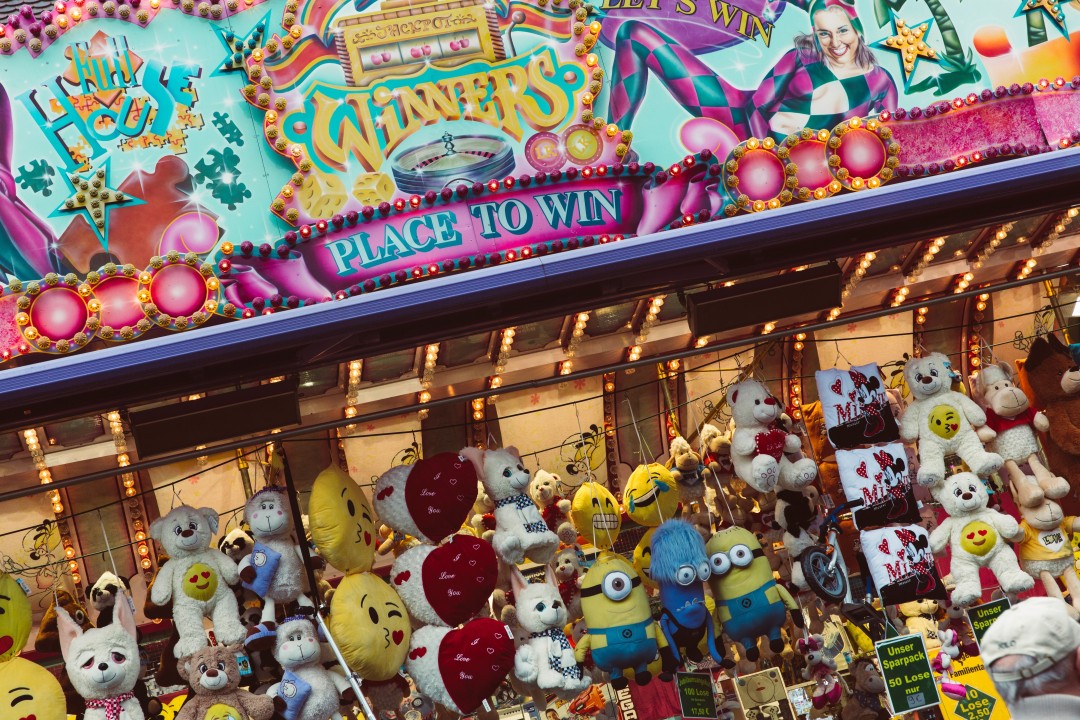 The paint hadn’t dried from the first Fed rate cut in a decade when the attention quickly turned to the ongoing trade war between the United States and China. And what a week it’s been.

5) Talk of negative US rates

6) Global recession a given

A week ago, and upon Secretary Mnuchin’s return from China and the Fed’s first rate cut in a decade, President Trump made what appeared to be an independent decision to impose additional tariffs on China beginning next month. What has transpired since, with the back and forth short-term between the two superpowers, has lent itself to one of the most prolific weeks in a long time.

Potus- “Trade talks are continuing, and during the talks the U.S. will start, on September 1st, putting a small additional Tariff of 10% on the remaining 300 Billion Dollars of goods and products coming from China into our Country. This does not include the 250 Billion Dollars already Tariffed at 25%”

“China retaliates and we move into unchartered territory. The Yuan moves toward decade level lows (weakness) and state-owned companies are being asked to suspend imports of U.S. agricultural products”

Yuan trades through the key 7 level

As the PBOC allowed the Yuan to weaken meaningfully through the key 7 level, the DOT (Mnuchin) followed weekend comments from Peter Navarro and tweets from the Potus deeming China a “currency manipulator”.

Opportunistic, but is China really a currency manipulator within this current window of time?

This talk of China being a currency manipulator has been going on for quite some time across multiple administrations. The DOT has guidelines for the labeling of a country as currency manipulator. This is not applicable solely to China. If anything, the latest reporting from the DOT contradicts this week’s announcement, although it appears the claim is more skewed toward the most recent decisions from the PBOC: “unfair practices”.

With time, what comes around goes around?

“During the 1970s, the American trade surplus slowly diminished and morphed into an increasing deficit. As the deficit increased through the 1980s, some of the blame fell on the tariffs placed on American products by foreign countries, and the lack of similar tariffs on imports into the United States. Workers, unions and industry management all called for government action against countries with an unfair advantage.”

The response from China was swift, obviously defending itself, and ‘setting’ the Yuan stronger overnight and hitting the airways with a commitment of not letting the Yuan depreciate further from here.

We’ve been following the dynamics of China currency manipulation for quite some time. In its latest report, China met two of three criteria, and with the requirement of IMF support to move forward, this appears to be a non-event “technically”. From an overall perspective, it’s another example of two of the largest countries exchanging blows as the trade war continues to intensify.

Short term, the market has and should continue to pivot and watch the daily setting of the Yuan for sentiment and direction around the trade war. With the subtle shift toward stronger settings the last few nights, risk assets have found firmer ground since the violent selloff earlier in the week.

Global Rates and The Fed

So many questions on rates. To me, the chart we attached below on the US long bond tells the story: 10 points higher since August 1st!! Global fear and yield is scarce.

All about the Trump pivot for more tariffs:

The most recent spat between the US and China which intensified last Thursday has created a new round of fear.The odds of recession have increased globally, central banks around the world are cutting (larger and unexpectedly), equities reacted swiftly to the downside, and volatility on the rise. We have been advocating a higher volatility environment for various reason, but certainly the latest back and forth between the US and China takes the cake.

Yesterday felt like a short-term bottom in yield with 10-year notes trading into the 1.58% area and long bonds around 2.15%. Even still, however, both the 10/30-year auctions only required small concessions and in general demand for Treasuries is still strong despite very low rate levels. It’s all relative right now.

It is often true that the narrative fills in around the price action. Over the course of the past few days, there has been endless discussion about “US rates going negative” and the imminent inversion of the 2/10 Treasury curve. We have been in the lower rate camp. And there is no reason to believe rates will not make another push lower. Reality is, in 2016 10-year UST made a run at 1.25%.

That said, we have very quickly priced for a very dire scenario and it feels like a good time for some digestion, consolidation and two-way price action.

Global trade over data: that has been our theme. At least for market pricing. The market has been very quick to price in more Fed easing as the trade war intensified this past week. This certainly seems somewhat rational, although we do feel it’s very important for the market to LISTEN to what the Fed is saying.

Throughout most of this year, we have been making a case that the FF rate was too high by 50 to 100-basis points, with some of that liquidity expected in 2019. But this situation is very dynamic. With growth coming down and inflation expectation dropping very sharply, it will pay to have an open mindset.

So, what exactly is the Fed saying?

Short-term, Powell (press conference) and the most recent Fed speak tempers the market. The Fed has stressed: not to look at this cut in isolation, but in conjunction with the extreme shift in stance (Pivot) and lowering of the rate structure for most of 2019.

Bullard– “I don’t think it is realistic for the Fed to respond to each threat and counter threat in a tit-for-tat trade war,” referring to the current situation as a “Pandora’s box” that will be difficult for the United States, China and other countries to resolve any time soon”

Evans– “he viewed last week’s rate cut as part of a “mid-cycle” adjustment to policy, from aiming at a slightly restrictive stance of perhaps 3.25% to now aiming for an accommodative policy, perhaps 50-basis below an estimate of a 2.75% neutral rate“

Bullard– “U.S. monetary policy is considerably more accommodative than it was as of late last year,” said Bullard, currently a voter on the Fed’s policy-setting committee. “While additional policy action may be desirable, the long and variable lags in the effects of monetary policy suggest that the effects of previous actions are only now beginning to impact macroeconomic outcomes,” and may not be fully felt until next year.

We are priced 100% for a cut in September. Right now, all things considered, that seems rational. It’s really the notion of 25 v 50-basis points where we will continue to see the most volatility in our view, and the cuts priced in further down the curve. In a nutshell, it sounds like the Fed is still thinking ‘insurance’. We would need to see some cracks in the US data, as trade war spillover, for the Fed to ramp up discussion of more. For now, global trade seems to imply 25-basis points for September. Global trade plus weakness in the local US data, however, will likely lend itself to the market skewing more probability toward 50-basis points.

To be clear, the Fed will not explicitly underwrite the tariff war, but they will most certainly respond to downside in the real economy. For now, we feel a 50-basis point cut for the September meeting would need to include stronger signs of damage to the US economy relative to the ongoing, and now intensified trade war.

We expect the markets to remain volatile. With many markets trading toward extreme levels (rates, fx, spreads, etc), and the dynamics remaining extremely complex across a myriad of issues, there will need to be a premium for liquidity as we head through the remainder of the summer and into the Fall.

In the end, focus ultimately needs to shift toward the real economy. Manufacturing weakness and consumer strength are known. How these dynamics shift (good or bad) over the coming weeks and months will be relevant for the timing, speed and size of further central bank liquidity.