Ukraine, Russia and What it Means for China 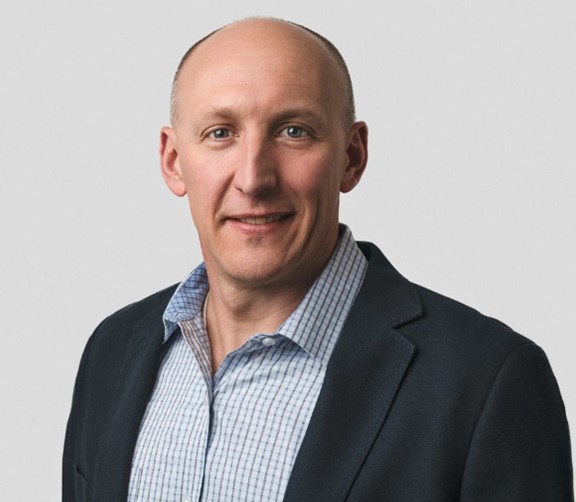 Fundamentally, what we’re observing in Eastern Europe is an example of what happens when you fail to listen and learn from demonstrated actions. Since Putin took power at the turn of the century, he has been resolute about the below in nearly every security engagement:

Similarities exist between events in Ukraine and the three previous aggressions; none of which were specifically addressed by NATO or the U.S. administration.

Since the mid-2000s, every U.S. administration implored European leaders to spend more on defense, to no avail.  Failure to believe Putin’s straight talk and take appropriate action leads to current events. At the time it didn’t seem to be a problem, but now we are trying to play catch up.

There are three key points that surprised me, since Russia invaded Ukraine:

1. Russia’s early struggles: The Russian Army is one of the best resourced militaries in the world and has spent years projecting power and rehearsing. The fact that they were unable to subdue Ukraine quickly reminds us that war and projecting power is not easy, not even for the strongest of nations, whether to your neighbor or globally.

2. NATO’s response: I recall clearly the conversations regarding NATO’s establishment of the rapid reaction task force and the hesitation of many nations. Regardless, the fact that NATO was able to deploy it into the Baltics in a relatively short order was extremely impressive. In addition, the support from all the NATO countries to use the task force was a type of unity we haven’t seen in an alliance in a very long time. Some might argue we haven’t seen it since just after 9/11. Still, for NATO and the EU, the 9/11 attacks sustained by the U.S. are different than an attack on your doorstep. Also surprising for a multi-national body was the United Nation General Assembly emergency session and subsequent vote to condemn Russia’s invasion of Ukraine and called for a withdrawal. There were approximately 141 votes for resolution, five who voted against the withdrawal and 35 who abstained. The world response is overwhelming and is a win for Ukraine, the U.S. and those who stand with them.

3. Ukraine’s ability to fight: I spent a lot of time in Ukraine, although much of it was spent on the military intelligence and security services side. I didn’t have very close connections with Ukrainian military services, but I’ve been impressed with their ability and their willingness to fight since the invasion began. President Zelensky is someone with no military experience and his ability to transform into a wartime leader is remarkable. His leadership is spot on and I truly hope it’s not just a footnote in a broader Russian campaign.

Best, Worst and Most Likely Outcomes

Back in 2014 I learned that it’s extremely tough to get inside the head of Putin, as he is someone that is a revanchist opportunist. He looks for every opportunity to take Russia back to where it once was – or where he believes it should be.

That being said, the best-case scenario could simply be that Putin believes Russia has taken, or controls, enough of Ukraine. This could mean areas such as the Donbas region, the Belo-Russian border and the Black Sea port. Putin renders the Ukrainian government powerless and installs his own to create a proxy state of Russia. This may be enough for him, in the short term.

The worst-case scenario can be put into one word: escalation. Putin views all the Western weapons flowing into Ukraine as a larger threat and then his attacks expand and become even more violent, such as with the shelling of civilian targets in Ukraine. This activity continues past Ukraine and comes toward the West, which forces another hand for NATO.  Continued Russian army struggles and losses within Ukraine could also force Putin to escalate.

The most likely scenario, based on everything up to this point, is a Western-backed insurgency in Ukraine, which could last until Putin is up for reelection in 2024. It is possible that the invasion eventually backfires and Putin is unable to control the narrative. This could hinder his bid for reelection and still lead to escalation.

Prior to invading Ukraine, Russia and China demonstrated a united front. Both nations project a desire to push back against the West, specifically the U.S., and both have histories of great empires and a desire to restore that glory and power.  Limits exist to principled alignment, however, and although both countries are generally allied along an anti-West front, their interests diverge, and it seems the scale of invasion has led to friction between the two.

When the UN Security Council voted to condemn Russia’s actions, it may seem inconsequential to many that China abstained. It’s not.

I believe President Xi was displeased with the violence brought on from the invasion, especially after his show of unity with Russia at the 2021 Winter Olympics.

China finds themselves misaligned with Russia on the national stage. No matter their actions regarding Taiwan or the South China Sea, China’s narrative centers around peaceful growth and sovereignty. Russia’s actions in Ukraine go against this narrative and China will continue to have a difficult time walking this tight rope, balancing the response of the world against its partnership with Russia, as the invasion continues.

The EU has operated on a set of assumptions around national security for two decades. I believe they are currently ripping out those pages and starting again with a blank page.

Now, conversations will center around the desire to become less reliant on others and more prepared. Diversification of supply will be crucial, and each country will make their own decision as to what’s best for them moving forward. Collective security will remain, but likely take a backseat to realpolitik.

Similarly, most of the overarching assumptions regarding China have been thrown out since the pandemic in 2020. From a national security perspective, before the Ukraine invasion, there was only one larger topic that had bipartisan support: the U.S. versus China.

A hard truth in global business is that U.S. companies conducting business in Russia, consciously or not, contribute to Moscow’s adventurism. That fact is even more stark with China and critical that businesses understand those vulnerabilities. The events in Eastern Europe should force an exposure and risk reassessment associated with doing business in China.

Let’s be very clear, in exchange for market access, China will extract something from every business. We are reminded every day of data and intellectual property theft, but the most important thing the Chinese Communist Party (CCP) wants from business is political at home.  Your political neutrality, ignorance or even favorable support vis-à-vis U.S. policies toward China.

For example, that support could involve turning a blind eye to human rights violations, which occurred during the 2021 Winter Olympics, turning over a list to the CCP of employee democracy protestors in Hong Kong or telling Congress how moving supply chains out of China will hurt U.S. consumers with increased prices. It may not always be explicit but know China will use American businesses to pull levers, albeit slightly. Market access is not free. China will call on its investment when it most suits its objectives.

The Russian invasion should implore us to ask more questions when it comes to what’s possible for the CCP and the intent of its leadership.

I’ve listened to Vladimir Putin for the last 22 years and he is someone who only understands force. This is not his last stop, whether he is successful or not.

Events in Eastern Europe matter to the United States, beyond that of violence and suffering, even though it may seem a world away. We cannot separate the events in Ukraine from China’s ambitions. China is watching the U.S., West, and global response to military action and are looking for lessons:

1. Unity: Both China and Russia have, separately, spent years cultivating individual diplomatic and economic relationships with other countries, as opposed to collective agreements. China is learning that there are limits to these unilateral relationships and investments. The CCP is keenly observing how long the West is willing to endure the disruption and financial pain of its aggressive, collective response.

2. Move quickly: Speed is imperative. Objectives and subjugation must be achieved as rapidly as possibly with minimum casualties. Delays allow global unification and response.

4. Authoritarian State: Complete control of state is a must with the ability to manipulate external and internal narratives, rapidly crush dissent, and direct paramilitary and security operations.

We must, as a nation, summon the will to sustain not only our own response, but rally the global effort – whether that’s sanctions, military support to Ukraine or digging in with allies for a Western-backed insurgency.

The CCP is watching and will learn everything they need to know from our response to Russia’s actions.

Chris Musselman joined the AmeriVet Securities Advisory Board in 2020 and currently works as the Head of Strategy and Operations for Palantir Technologies.

Mr. Musselman retired from the U.S. Navy with the rank of Commander in 2018, after over 21 years as a Navy SEAL leading teams in the conduct of global special operations. His military career also includes time at the Central Intelligence Agency, Senior Fellow at The Atlantic Council focused on Russia and China strategy and as the Director for Counterterrorism on the National Security Council at the White House.

Mr. Musselman holds a B.S. from the United States Naval Academy and a Master of International Public Policy from the Johns Hopkins School of Advanced International Studies.

He lives outside of Washington, DC, with his wife and three kids, and is the owner and operator of Schillings Drift Farm, LLC.