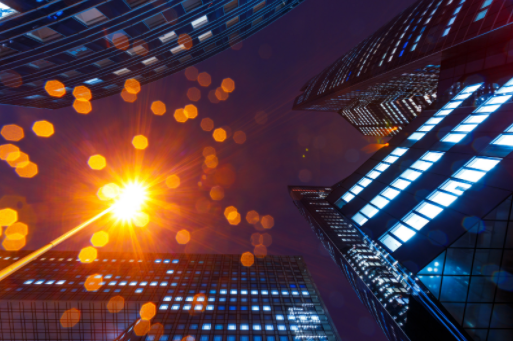 The combination of China’s domestic political, economic challenges and broader regional and global geopolitical dynamics is driving increased risks for U.S. and Western businesses seeking to invest or operate in the People’s Republic of China.

Such companies should not only understand the parameters and trajectories of these enhanced risks, but also the underlying forces and uncertainties shaping it in order to anticipate costly disruptions, get ahead of potential crises, and manage effects of these risks.

Observers of China’s domestic political environment agree that authoritarian tendencies in China have been increasingly indulged since President Xi Jinping came to power as has the Chinese Communist Party’s (CCP) sensitivity to topics core to the country’s national identity and CCP control of territory. As a result, doing business in China or with prominent Chinese companies requires more than navigating the complex and imbalanced business practices and regulations governing foreign involvement in China’s economy. It also requires companies to accede to (or at least not explicitly challenge) China’s worldview, concepts of its sovereign territory, and its perspective on global geopolitics, even when those perspectives are at odds with company principles, established international law, or U.S. foreign policy.

Consider the recent example of the National Basketball Association (NBA). Darrell Morrey, the general manager of the Houston Rockets tweeted support for protestors in Hong Kong in early October, just as NBA teams were involved in a pre-season tour of China. Viewing any support of the protestors’ objectives as undermining the sovereignty of the People’s Republic of China, CCP condemnation was prompt and forceful, including demanding Morrey be fired. The NBA apologized for Morrey’s tweet, but did not fire or formally sanction him, and are now suffering wide-ranging and affecting implications. Tencent, which holds exclusive broadcast rights for NBA games in China still has refused to show games and local partnerships were put at risk, The NBA has yet to formally announce total losses beyond Commissioner Adam Silver saying they have been “significant”. There is worry across the league that these significant losses will impact league operations, most notably the salary cap—the salary budget each team can spend on players—for the 2020-2021 season.

Critically, the impacts were not contained by the Pacific Ocean. Criticism of the NBA’s apology to China in the U.S. media and policy community was also significant as the NBA dilemma moved from the sports pages to the front pages.

To be clear, the NBA’s experience is not unique. In 2018, three U.S.-based airline carriers (United, American, and Delta) were threatened with fines, restricted operations in China, and diminished partnerships with local carriers after it came to light that the company’s websites and booking tools referred to Taipei as being part of Taiwan—which it objectively is—instead of China. Taiwan, of course, is a sovereign nation. It has the 21st largest economy in the world and is the 11th largest trading partner of the United States.

However, Taiwan’s status is an incredibly sensitive topic for the CCP—likely the most sensitive. The CCP has long held that Taiwan is a renegade province of China rather than an independent country and has actively sought to block countries, international organizations, and companies from recognizing this sovereignty. Faced with the loss of the lucrative and growing China market each of the U.S. carriers chose to accommodate China’s demand, removing mention of Taiwan from relevant resources.

More recently, e-sports company Blizzard and fashion and apparel company Dior have also had to deal with the business and reputational implications in China and the US of CCP sensitivities about Hong Kong and Taiwan. Companies seeking to do business in Taiwan should expect this dynamic to persist.

Companies can take steps to cope with this risk and mitigate some of its effects. First and most importantly, companies must decide at a C-suite level whether the monetary rewards of the China market are worth the censorship and pressure that comes with doing business there (not to mention the traditional risks associated with intellectual property loss and other practices).

Many businesses will determine the benefits outweigh the challenges. For these companies, a premium should be placed on understanding the areas of most intense disquiet for the CCP and also developing a clear corporate communications policy on how best to deal with CCP concerns on these topics. Of particular concern will be official corporate announcements, websites, social media activity, and even publicly available company briefings; executive statements and social media activity; and, potentially, for some companies, product lines. And, even with taking these precautions, C-suites should also have a clear understanding for messaging and response plans during a crisis, given the CCP is unlikely to take a more permissive approach to political speech, especially about the status of Taiwan, Hong Kong, Tibet, or the treatment of Uighur Muslims in the western Chinese province of Xinjiang.

In December 2018, two Canadian citizens—Michael Kovrig and Michael Spavor—were detained in China. They were later formally arrested and charged with espionage. The initial detention of the former diplomat and entrepreneur was a transparent response to the Canadian government’s move to arrest Meng Wanzhou at the behest of the United States on 1 December 2018. The US government suspects the Huawei Chief Financial Officer has committed bank fraud, wire fraud, and conspiracy related to U.S. sanctions against Iran.

The detention of Mr. Kovrig and Mr. Spavor is clearly an exceptional circumstance related to geopolitical tensions. Detention of Western executives is rare in China. Nonetheless, as U.S.-China relations grow more competitive it is useful for organizations doing business in China to be mindful of personnel and communications security risks ranging from the very rare and extreme (detention) to the more likely and mundane (surveillance and communications monitoring). Most companies have already adopted some form of personnel security and communications best practices for executives and employees traveling abroad including in China. Continuing to develop contingency plans for unlikely events is, of course, prudent.

Of course, these risks are much more prominent at present in Hong Kong where protests against the CCP backed local government and government in Beijing have been on-going for six months. The situation on the ground has grown more fraught and more violent in November as China grows impatient with the protestors, who in turn are growing more desperate in their efforts to ensure a democratic future for Hong Kong. Two notable examples took place over a 24-hour period on 10 and 11 November: a Hong Kong police officer shot a masked protester at point-blank range and protestors set a supporter of China on fire. Violence also erupted around Hong Kong Polytechnical University as police surrounded the university and the protestors based there in mid-November.

The situation in Hong Kong is troubling at many levels and increasingly news outlets are describing a situation that is teetering between, as one recent article from the Nikkei Asian Review noted, “anarchy” and a controllable situation. Certainly, most of the violence is focused in areas where protests are taking place and where police and protestors are in close proximity. Still, the deteriorating situation means that any future violence may not be easily contained. In addition, on a less severe but still important note, protests, general strikes, and police action have already created significant disruptions to transportation networks, commerce, and services across the city.

Companies can take several initial steps to mitigate the physical security and disruption risks in Hong Kong. First, regularly check the website of the U.S. consulate in Hong Kong (https://hk.usconsulate.gov/), which posts information about scheduled protests, provides updates on the current situation, and posts official announcement from the United States government. Second, develop and implement policies for ensuring personnel operating in Hong Kong can perform as many of their duties from areas away from protests. Third, develop a multi-layered communications plan that enables the efficient and reliable distribution of information about business operations, especially during times of crisis. Fourth, companies should also consider developing metrics and indicators that will help them anticipate a potentially significant deterioration in the security environment that could increase the level of security risk for in-country personnel and overall disruption to business operations. Establishing a clearer sense of the level of risk the company is willing to tolerate before taking steps to, in an extreme example, remove personnel from the country, will facilitate a more rapid response in times of crisis.

On November 14, the U.S.-China Economic and Security Review Commission (USCC), a bi-partisan Commission established in 2000 to advise Congress on China policy, released its 2019 Annual report (https://www.uscc.gov/). During the launch event, Commission Chairman Carolyn Bartholomew offered a powerful and compelling opening statement that effectively framed the intensifying multi-dimensional competition between the United States and China.

In 2019, China’s ruling Chinese Communist Party (CCP) revealed the full extent of its global ambitions, flexing its muscles and acting to revise the global order. China is casting both its political system and approach to economic development as superior alternatives to those of the United States and other democratic countries.

As this competition intensifies, there are likely to be new and in many cases difficult to anticipate economic and reputational risks for US companies doing business in China and with Chinese entities or even are investing in Chinese companies listed on US stock exchanges (among the USCC’s 38 recommendations to Congress is one to ban Chinese companies from being traded on US stock exchanges unless they take steps to increase transparency and meet the same disclosure requirements as US firms).

Competition does not necessarily mean actual military conflict or perpetual trade wars. It does mean that over time the US and China are likely to settle into a dynamic of what Professor Andrew Erickson of the US Naval War College referred to in an essay “Make China Great Again: Xi’s Truly Grand Strategy” published in War on the Rocks calls “competitive co-existence”. In this world, there is not a full decoupling of the economies and there is even periodic collaboration. However, there is also enhanced risk of periodic spikes in tensions as the two countries’ ideologies and interest increasingly interact in the global commons and the United States increasingly opposes China’s behaviors it deems harmful.

These spikes in US-China tension could have material consequences for Western businesses operating in China, as demonstrated by the useful analog of China – South Korea tensions that consumed most of 2017 over Seoul’s decision in December 2016 to host a Terminal High-Altitude Air Defense (THAAD) system on its territory. The US sought to place the advanced missile defense system to help defend South Korea from North Korean ballistic missiles, though the powerful radars also were able to detect activity in airspace in China’s territory.

These risks of retaliation stemming from geopolitical incidents and competition are largely out of the control of most businesses seeking to operate in China, but there are still steps that businesses can take to mitigate and manage them that go beyond simply developing procedures for dealing with crises after they start. For example, scenario planning offers a structured, efficient, and well-established process for the development and consideration of multiple alternative future crises and contingencies. As part of this process, organizations can identify signposts that specific types of contingencies are more or less likely and establish hedging strategies to manage risk in these scenarios.