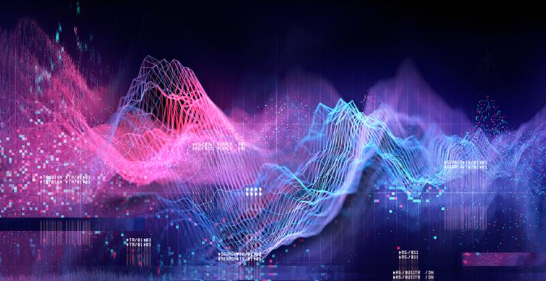 “In the short term, the expanded Fed balance sheet since March has certainly offset some of the fiscal needs to help fight the pandemic,” said Greg Faranello, executive director and head of U.S. rates at AmeriVet Securities.

There is not much standing in the way of the next U.S. president continuing to push back the country’s day of fiscal reckoning.

Whoever wins the White House in November, the need for expansionary fiscal policy combined with a bond market that has been anesthetized by the Federal Reserve all but guarantees continued sizable deficits and a growing federal debt load.

What the actual numbers will look like depends, not just on who the next president is, but which party, if any, controls Congress. Still, if Democratic nominee Joe Biden gets to enact all of his stated policies, the national debt would likely increase by about $2 trillion by 2030. It is less clear what would happen during a second term for President Donald Trump; after saying that he would balance the budget in his first term, he doubled the deficit between 2016 and 2019. At 16% of GDP in 2020, the deficit is predicted to be the largest since WWII.

“Regardless of which candidate wins, they will have to weigh another economic relief bill at the beginning part of next year,” Michael Pugliese, vice president and economist for Wells Fargo Economics, said in an interview. “Whoever is president, it is definitely likely to be bigger in the next few years compared with 2019 as we recover from the pandemic and the economy has an output gap.”

The deficit is, however, likely to be lower than in fiscal 2020, when the U.S. government projects the shortfall will reach $3.3 trillion, more than triple the level reached in fiscal 2019, with trillions of dollars going to pandemic relief efforts amid a slump in tax revenue.

Large budget deficits are nothing new for the U.S., though. The magnitude of the stimulus needed to pull the economy out of the COVID-19 recession compounds existing problems, said the Committee for a Responsible Federal Budget, which pointed to long-standing tax and spending policies adding up to budget deficits, as well as the growth of the government’s health and retirement expenses.

“The response to the COVID-19 public health and economic crisis, while necessary to stabilize the economy and address the pandemic, has greatly increased long-term projections of debt and deficits,” the group said Sept. 21 in an analysis of Congressional Budget Office projections.

Unless structural changes are made, the national debt is set to balloon to 195% of GDP by 2050, according to the Congressional Budget Office.

For now, though, the bond market is staying relatively sanguine.

With the Federal Reserve vowing to keep rates close to zero for at least the next three years and an open-ended bond-purchasing program underway, even record borrowing cannot push yields higher. The so-called bond vigilantes, who historically would push up borrowing costs if they were concerned about excessive borrowing, have been put to sleep.

“In the short term, the expanded Fed balance sheet since March has certainly offset some of the fiscal needs to help fight the pandemic,” said Greg Faranello, executive director and head of U.S. rates at AmeriVet Securities.

The bond market’s laid-back approach to the deficits is echoed by the U.S. public, meaning there is very little political pressure to rein in spending, either.

Just 47% of respondents to a Pew Research Center survey this summer called the deficit a “very big problem,” compared with 55% in the fall of 2018.

For Biden, deficits would be fueled by the education, infrastructure and healthcare initiatives the Democratic nominee has proposed in his $5.3 trillion spending plan.

Biden, a self-proclaimed deficit hawk in his years as a U.S. senator, would likely have to scale back some of those tendencies amid calls for further coronavirus relief. His past stance will likely not constrain the Democratic nominee’s inclination to spend more, especially if Democrats win a healthy majority in Congress come November.

The Penn Wharton Budget Model, a research initiative of the University of Pennsylvania, estimated that Biden’s plan would add $1.975 trillion to the federal deficit by 2030, raising $3.375 trillion in additional tax revenue but increasing spending by $5.37 trillion.

But over time, the model sees the picture changing as short-term spending provisions expire and long-term healthcare savings and tax revenue increases add up. After increasing the total federal debt by 0.1% through 2030 compared to a baseline that extends current policy, Biden’s platform would decrease the debt by 6.1% by 2050 while increasing GDP by 0.8% over the baseline through 2050, according to the Wharton model. Trump has given fewer specifics on his plans, but the same model found that a decrease of the capital gains tax rate to 15%, as has been proposed by White House economic adviser Larry Kudlow, would cut revenue by almost $100 billion.

Trump in 2016 said he would balance the budget and eliminate the U.S. federal debt within two terms, citing his ability to negotiate better trade deals and anticipated high economic growth. But he has overseen large increases in the budget deficit each year in office — from $584.7 billion in 2016 to $984.2 billion in 2019, before the pandemic hit.

The White House did not respond to requests for comment on how Trump would act on this priority in a second term, but Press Secretary Kayleigh McEnany told Fox News this month that Trump plans to make the deficit a “big second-term priority,” though she offered scant details on how he will accomplish that. That promise comes as lawmakers remain deadlocked over another COVID-19 relief bill.

Trump wrote reduced Medicare and Medicaid spending into his 2020 budget, but he also hopes to extend past 2025 the provisions of the Republicans’ 2017 federal tax overhaul, which reduces the 22% tax bracket to 15% and cuts personal income tax for most taxpayers. A Brookings Institution study found that the tax cuts reduced federal revenue by nearly $300 billion in 2018 alone.

Many Republicans have lamented the hefty price tags of relief proposals, but they are unlikely to gain control of the House in the November election, so a second Trump administration would still have to deal with at least one house of Congress in Democratic hands. Trump has signaled on multiple occasions that he is open to another package of pandemic stimulus.

“Those decisions don’t rest solely on the new administration, whether it be President Trump or Mr. Biden,” Beth Ann Bovino, chief U.S. economist for S&P Global Ratings, said in an interview. “The makeup of Congress, whether it be a unified majority in the same party as the president or a split Congress, will be a big factor when determining the president’s first move and his next.”

For Republicans, that could be infrastructure spending. The Trump administration has already introduced two infrastructure plans at $1.5 trillion and $2 trillion, respectively, and some analysts say there is a chance of such a bill’s consideration amid growing bipartisan support for digital and physical infrastructure improvements. The combination of these spending measures and tax cuts would likely increase the rate of economic growth, and Pugliese does not see the deficit rising above $3.5 trillion in 2021, barring a “drastic” change in COVID-19 levels that would force greater relief.

It is not clear which party’s platform will be harder on the federal budget, but the U.S. is fortunate that the rapid rise in debt has not yet triggered an increase in borrowing costs.