US Long End Points the Fed to the ZLB 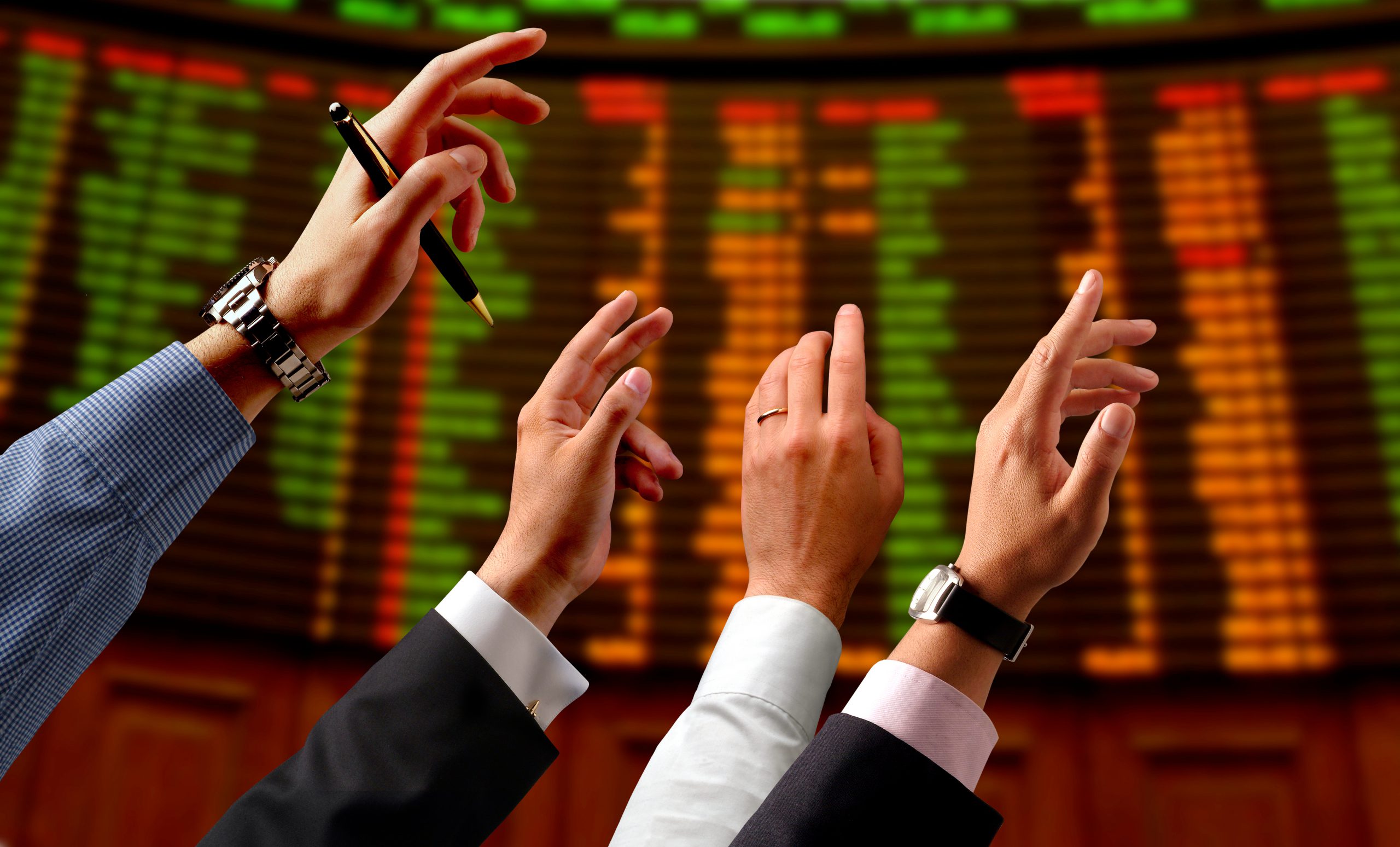 For months on end since the Fall of 2019, and after very strong year-to date returns, equity markets continued to grind higher. Every single day. We were not shy about the move and its relation to the Federal Reserve’s T-bill announcement to expand the balance sheet and get the ample reserve levels back to “robust” levels.

In the coming months this was debated very aggressively, with a theme of “correlation not being causation”. In other words, just because equity markets are going up after the Fed’s balance sheet announcement doesn’t necessarily mean that caused the equity rally. Fair point if we didn’t have 11-years of prior history between the two.

In the end, US long end rates have been signalling trouble for months despite the continued grind in equities to all-time highs. Ironically, now we have all-time lows in Treasuries.

The decision for the Fed to cut between meetings this week has been debated at length. In the end, what good can an interest rate cut do for an emerging global health crisis? On the surface very true. But those that have been around markets for multiple cycles realize that central banks will always use their tools irregardless of efficacy. We’ve seen this now on a global basis for the past 11 years.

We’ve been vocal about the Fed’s communication over the past 18 months. We are speaking specifically to this Fed. Why send mixed messages about “wait and see” days before the cut. Powell’s move was bold. This situation right now has taken on a life of it’s own, and not near a function of any one particular case. The Fed’s actions were to protect the US economy. The data abroad has been extremely weak, and the 2020 Coronavirus is not the same as the 2019 tariff situation. This carries far greater consequences, with much greater uncertainty.

US 10-YEAR AND YIELD CURVE

After making fresh lows in this most recent cycle in August of 2019, 10-year notes for the remainder of 2019 formed a decent 1.50-2% range, with hope heading into 2020 of a trade higher with Phase 1 China and USMCA signed. Positions and sentiment were clearly set in that direction.

To start 2020, it was first the Iranian situation that perked up the higher yield story, and quickly helping 10-year notes for a 1.50-1.70% range with the emergence of Coronavirus. Heading out of the quarterly Treasury function, and with the virus spreading, a close thru 1.50% in 10-years set off a wave of convexity needs and increasing fear.

Over the course of the last three weeks, the ranges in 10-years have consolidated. With total fear setting in, and the Fed cutting the Funds rate by 50-basis points, yields in the 10-years continue to make all-time lows as we write inside of 1%:

The US long end has been the risk asset hedge. And very much a function of many things:

1) Liquidity 2) Issuance, consistency and size 3) US economy leading the way 4) Positive nominal yields (forget real yields at this point) 5) And the negative yield story (ECB next)

Over the past few days, clients have been asking for context: essentially how low can rates go. And the answer is clear: as low as they need to in 10-year space. With equity and credit levels well off their historic highs, 10-year yields will act as a placeholder to move out of the risk-on position. When it ends, it ends with a violent reversal, but we’re not there.

Yesterday we were asked for context on the US rate market. And in particular 10-year yields.

3) Convexity needs have flowed through the market (Through 1.50%)

4) Negative yield demands persist (ECB next up with global coordination)

4) Fed could disappoint now at the March 18th meeting. Not likely.

Context. Historically for us, and when reaching levels where history doesn’t exist, it seems prudent to find indicators of relevance and levels with a close eye on sentiment.

Our general view, and with the forward Funds curve essentially priced to the Zero Lower Bound and the 2/10 curve just only out to the recent wide, it’s hard to get bearish on the long end without a break in the curve.

In other words, for a good part of 2020 the 2/10 curve was flattening and directional with long end rates, the Fed on HOLD. That directional nature shifted when the virus began to set in, and the market pricing cuts sooner than later.

Battle on the curve. The Fed is buying T-Bills, and now has created further imbalances with the surprise ease. We are priced for 50 more basis points in less than two weeks. An issue an likely addressed sooner than later. Yield and securities will disappear very quickly with this type of environment and force the Fed further out the curve.

The Fed has expressed the need for unconventional measures in conjunction with the path to the Zero Lower Bound:

“Another important benefit is that the forward guidance and the yield curve caps would reinforce each other. Setting the horizon on the interest rate caps to reinforce forward guidance on the policy rate would augment the credibility of the yield curve caps and thereby diminish concerns about an open-ended balance sheet commitment. Once target inflation and full employment are achieved, and the caps expire, any short-to-medium-term Treasury securities that were acquired under the program would roll off organically, unwinding the policy smoothly and predictably. This approach should avoid some of the tantrum dynamics that have led to premature steepening of the yield curve in several jurisdictions”

Point here is this, unexpected easing with likely more to come is now coming in contact with the balance sheet adjustment (funding hiccup). Fed review due June 2020. The long end has been leading the Fed and fighting the curve steepening. Bur further aggressive easing here out of the Fed if circumstances worsen, with the potential for unconventional measures, will most likely be aimed at short to medium term duration with the goal of reflation and yield curve steepening. In other words, traditional easing cycle bull steepening. Not there yet but may be closer than we think.

US 2/10 Curve. Latest Steepening from Central Bank Action and Pricing

US/EUR Swap Rates. We’ve Been Advocating Compression. Since 10-year Yields Peaked in 2018 with Fed Tightening, Spread Compression Has Been the Theme

THE FED AND FINANCIAL CONDITIONS

Context right now. Let’s take a look at some charts:

The charts above are for context. And all three show the same picture for now: in the grand scheme of history, this recent move higher in financial conditions is far below some recent moves, including the 2018 year end meltdown in equities. Of course this can change and the Fed is keenly aware.

The primary reason financial conditions have remained on the looser side is that credit and equities are coming off extreme levels, and the move in short and long end rates has been a tremendous buffer for conditions. Keep in mind, when we had the correction late 2018, 10-year yields were approaching 3.50%. We sit at .91 as we write. Credit markets for now are still flowing and corporate issuance was abundant in the market this week.

In a speech in March, 2017 from Florida, Former NY Fed President Dudley spoke at length about financial conditions.

Let’s take a look at some excerpts (5 Points)

1) To begin, let me be clear about what we mean by “financial conditions.” Focusing on the United States, financial conditions can be broadly summarized by five key measures: short- and long-term Treasury rates, credit spreads, the foreign exchange value of the dollar, and equity prices. Although many other measures and prices can also be included in one’s assessment, I think these five are the most essential.

3) In the conduct of monetary policy, the FOMC does not have targets for either specific components of financial conditions or for financial conditions more broadly. We care about financial conditions not for themselves, but instead for how they can affect economic activity and ultimately our ability to achieve the statutory objectives of the Federal Reserve—maximum employment and price stability. Let me provide a few examples. A decline in mortgage rates can lift the demand for owner-occupied housing and support construction activity. A rise in equity prices can boost household wealth, which is one factor that underpins consumer spending. The foreign exchange value of the dollar can affect the relative competitiveness of importers and exporters, which, in turn, influences the country’s trade performance. Narrower credit spreads can reduce the cost of capital for business and help support greater business investment.

When looking at the above chart and components of financial conditions, no surprise credit moves are very influential. And it’s not just absolute levels its availability of credit. In other words how is the credit flowing through the economy. Bank leverage is down over the past 10-years, yet corporate debt on the rise. They’ve been vocal about this and no coincidence where the focus is right now.

When Dallas Fed President Kaplan was interviewed the Friday Powell issued his statement on the markets and economy, he was clear in an interview with Maria Bartiromo: the Fed is watching credit. Broad statement, but this is nothing new. Treasuries have provided a strong backdrop for all-in corporate financing rates.

USD Going Back 1990. Still Strong Relatively Speaking. Will Weaken if Fed Steps It Up Including Unconventional.

Unprecedented times. And not a global situation to be taken lightly. Follow the 10-year and credit spreads. In times like this, barometers are important. As is a cool head. This will pass, yet it feels short-sighted to make that judgement now.

This will be one of the largest monetary and fiscal efforts of our time. And for those faulting the Fed right now, so be it. Central banks will not simply sit on their hands. Fiscal help is on the way as the Senate passes the emergency funding bill.

We are in complete agreement that lower rates won’t solve this. the Fed knows that. This is about defending financial conditions, protecting the consumer confidence and defending the US economy in a time of growing stress.

The Fed made it clear in 2019 when they paused: “material reassessment” to the outlook. It would be hard to make the case the outbreak of the Coronavirus doesn’t fit that definition as this overall situation takes on a life of its own. Emergency rate cuts can be taken back.