A Lack of Liquidity 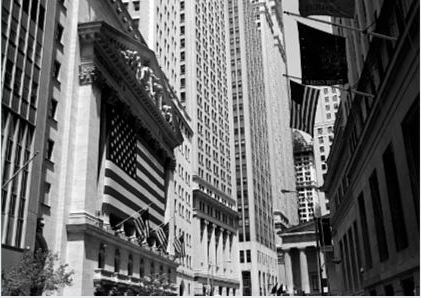 As the Coronavirus pandemic began to spillover into the financial markets, liquidity quickly came front and center the week of March 9.

What began as – and still is – a health crisis was impacting financial markets in ways we’ve never seen before. But unlike 2008, where fear spread between banks and funding issues threatened to shut our financial system, 2020 has presented more as a liquidity crisis. The extreme need for US dollars globally, while at the same time bank and dealer balance sheets downsized and more selective given the regulatory changes since the Global Financial Crisis. Simply put, the price for liquidity has changed.

In late 2018, we had an extreme correction in markets as the Fed was tightening toward levels that were inconsistent with economic realities. The final hike in December of 2018 was the nail in the coffin that sent markets spiraling in similar fashion to this most recent pocket of time: extremely swift and perhaps out of line with underlying fundamentals. In the end, damaging financial conditions and leading to a dramatic shift in global central bank policies. The ending result was very poor liquidity conditions, one- way flows and bank balance sheets unable to accommodate the dramatic shift. This time, however, unlike 2018, the economic fallout will be real.

Throughout this period of stress related to the Coronavirus, the Fed has consistently referred to financial conditions: the buckets of long and short rates, equities, the dollar and credit. If you listened closely to the Fed speak in and around the Fed’s emergency cut on March 3, the discussion was largely focused around the tightening of financial conditions, and more closely credit. Dallas Fed President Kaplan said explicitly when the Fed was cutting earlier this month but still unsure: I’m watching credit.”

When we look at financial conditions, clearly credit plays a critical role. Yet, it’s not just the level of credit but availability. In other words, the liquidity in both the institutional and retail markets and how they work in tandem matters. The Fed’s early actions were preemptive in many ways, and a result of preventing financial conditions from tightening further as the Coronavirus evolved spreading to the U.S.

The initial cracks in the credit markets began in high yield. And when Russia and Saudi Arabia made a concerted effort to target the US Shale industry, thoughts of leverage, oil prices and solvency very quickly rippled through the broader credit markets.

Contagion, Liquidity and a Crisis

In our prior piece, we outlined the timetable for the month of March detailing the many programs the Fed has enacted. The alphabet soup of liquidity as some have referred to. Some of the acronyms are new, some from a prior playbook. In many ways, having a prior playbook may prove to be critical in this period as the Fed was very quick to react with liquidity quickly deteriorating. History will judge, but we suspect the Fed’s quick actions this month will prove beneficial toward mitigating a greater fallout.

The early signs of cracks in liquidity occurred in a market perceived to be most liquid: US Treasuries. With volatility spiking from all-time lows, bid offer spreads widening and the spread between on-the run and off-the run securities at levels never seen. On one Sunday night in March, prices for on-the run 30-years were not available.

The Treasury market is the benchmark for many other products. It is used to hedge corporates, mortgages, rebalance duration, asset liability management and most recently the risk-off global hedge. So, before long, illiquidity in the US benchmark began to impact and spillover to other products. Soon, the mortgage market was barely functioning as Treasuries are a major source of duration hedging with rates heading to all-time lows. When you can’t hedge with your own spread product, Treasuries are the only game in town, leaving spread risk at play.

Regarding the corporate market, the larger fallout perhaps remains to be seen in terms of fundamentals: defaults, bankruptcies etc. And we may very well hit a pocket in the next 6 months whereas the Fed’s influence is out of touch with true valuations. But as the high yield bond market repriced in dramatic fashion, soon contagion appeared, trickling down to the Investment Grade market and ultimately to the very short end with the Commercial Paper Market.

In the end, as we’ve seen in other period of extreme stress, throwing the baby out with the bathwater is a legitimate risk. And one of the main differences in this pocket of time was the extreme speed in which we repriced. What would normally take two years to happen was occurring within weeks.

THE FED BAZOOKA– Fed Targets Credit
If there was ever a time to follow the Fed, that time is upon us. On March 23rd, the Fed announced some of its boldest measures ever. With a pure mandate to buy Treasuries and Agency Mortgage Backed Securities, the Fed announced the setup of two new programs to support both the primary and secondary corporate bond market, while additionally setting up a Main Street lending facility.

Facility: The Primary Market Corporate Credit Facility (Facility) will serve as a funding backstop for corporate debt issued by eligible issuers. Under the Facility, the Federal Reserve Bank of New York (Reserve Bank) will commit to lend to a Special Purpose Vehicle (SPV) on a recourse basis. The SPV will (i) purchase qualifying bonds directly from eligible issuers and (ii) provide loans to eligible issuers. The Reserve Bank will be secured by all the assets of the SPV. The Department of the Treasury, using the Exchange Stabilization Fund, will make an initial $10 billion equity investment in the SPV in connection with the Facility.

(NRSRO) and, if rated by multiple major NRSROs, rated at least BBB-/Baa3 by two or more NRSROs, in each case subject to review by the Federal Reserve; and have a maturity of four years or less.

Facility: Under the Secondary Market Corporate Credit Facility (Facility), the Federal Reserve Bank of New York (Reserve Bank) will lend, on a recourse basis, to a special purpose vehicle (SPV) that will purchase in the secondary market corporate debt issued by eligible issuers. The SPV will purchase eligible individual corporate bonds as well as eligible corporate bond portfolios in the form of exchange traded funds (ETFs) in the secondary market. The Reserve Bank will be secured by all the assets of the SPV. The Department of the Treasury, using the Exchange Stabilization Fund, will make an initial $10 billion equity investment in the SPV in connection with the Facility.

Eligible Assets: Eligible Individual Corporate Bonds. The Facility may purchase corporate bonds that meet each of the following criteria at the time of purchase by the Facility:

Issued by an eligible issuer;

Have a remaining maturity of five years or less.

Eligible ETFs. The Facility also may purchase U.S.-listed ETFs whose investment objective is to provide broad exposure to the market for U.S. investment grade corporate bonds.

The CARES Act, The Exchange Stabilization Fund and The Federal Reserve Act Section 13(3)

As Congress passes the CARES Act to support the country in combating the impact of Coronavirus, the Fed has been hard at work structuring programs old and new. The Fed is currently buying $125 Billion a day in Treasuries and Agency Mortgage Backed Securities, will soon include Agency CMBS and busy getting setup to soon include corporate bonds and a Main Street lending program. To date, many of the programs are being setup as Special Purpose Vehicles to allow the Fed to purchase securities outside their mandate directly with a credit backstop by the Treasury through the Exchange Stabilization Fund with the emergency powers of the Federal Reserve Act, Section 13(3).

What is Exchange Stabilization Fund (ESF)

The Exchange Stabilization Act was established in 1934. Its initial intent was to be used for dollar stabilization in times of crisis. And thus, why it lies with the Treasury Department. At the end of February 2020, the ESF held roughly $100 billion across several currencies. In this most recent window, the Secretary of Treasury is using dollars to backstop losses across several programs the Fed is implementing before the passage of the CARES Act.

What is the Federal Reserve Act, Section 13(3)

“In unusual and exigent circumstances, the Board of Governors of the Federal Reserve System, by the affirmative vote of not less than five members, may…” and then there’s a lot of technical language which essentially means that the Federal Reserve can lend money to any individual, partnership, or corporation, as long as certain requirements are met.

The Fed is setting up Special Purpose Vehicles (SPV) and lends to these vehicles to buy assets or lend directly into the market. SPVs can buy assets outside the Fed’s mandate and lend to entities and individuals. Under the Federal Reserve Act, these SPVs require taxpayer backing from the Treasury Department to protect the Fed from losses. This is the reason for the injections from the ESF, and the need for passage of the CARES Act. This is also another reason for the debate in Congress around the appropriations of the $450 Billion and oversight of the money.

Much of the discussion around the CARES Act has been around the $500 billion dedicated toward the larger corporates in stress, in conjunction with medium and small size businesses. Of this $500 Billion, $450 billion is being slated toward the ESF, with the intent to provide the Federal Reserve with more capital for the credit and lending programs being put in place. Because the Treasury Department backstops 10% of the potential credit losses with these facilities, the funds utilized by the Fed are leveraged. In other words, for every $1 of backstop, the Fed can lend roughly $10. And this is the reason you are hearing the Secretary of Treasury refer to the Cares Act as a $6 trillion injection.

It is not a blank check in the sense that we are limited by the ability to take losses….effectively, $1 of loss-absorption (Treasury) is worth $10 worth of loans.

The loans themselves with be fully collateralized with maturities of 5-years and under and consistent with buying the Fed will do with the corporate bond facilities. In terms of pricing, the rate used will include Treasuries plus an appropriate credit spread. Keep mind, with Treasury yields at all time lows and credit spreads now tightening back, rates will be at very attractive levels. In the end, the passage of the Phase 3, Coronavirus Bill will give the Treasury and Fed more firepower and all under the supervision of a newly appointed and Congressionally approved Special Inspector General.