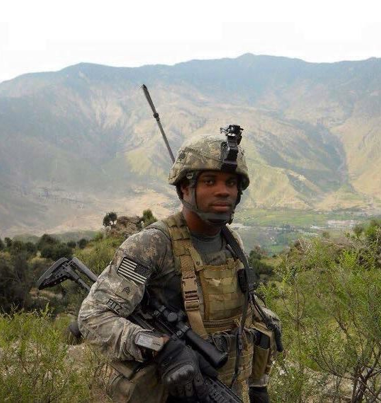 Public Finance Associate and U.S. Army veteran, James Fitzgerald, served nine-years as an infantryman with deployments to both Iraq and Afghanistan. He was injured while on deployment in Afghanistan and medically retired in 2014.

His desire to serve and help others remained strong, which led him to become a veteran mentor for students with Travis Manion Foundation. Since becoming a veteran mentor, Mr. Fitzgerald has impacted thousands of students in the northeast region of the U.S.

On November 2, Travis Manion Foundation joined students of Massachusetts Maritime Academy, located in Buzzards Bay, MA, for a virtual discussion on the Afghanistan War and military service with Post 9-11 veterans. During the discussion, Mr. Fitzgerald took time to describe how military service was meaningful to him and his journey of discovering ways to give back after being injured.

He discussed how his role on AmeriVet’s Public Finance team created new opportunities for him to make lasting community impacts after his military service. Mr. Fitzgerald concluded by conveying that each student can make a difference too, whether it’s being nice to a new classmate or shoveling snow for a neighbor.

The AmeriVet team encompasses military veterans from various service eras, from the Vietnam War to Post 9-11 Global War on Terrorism veterans who deployed to Iraq and Afghanistan. We remain grateful for their selfless service and celebrate the continued contributions they provide in their community.