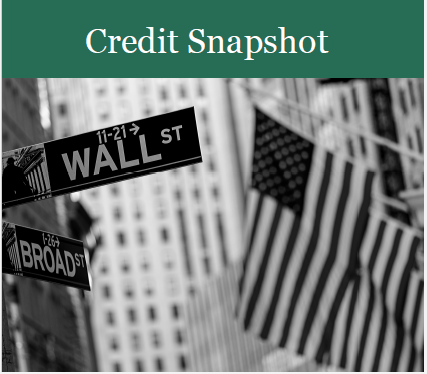 In April, the credit markets saw a new issue calendar that topped monthly expectations as issuers reported earnings and the treasury curve steepened over the past few months.

Spreads traded in a somewhat volatile range, as volatility in Treasuries along with a robust new issue calendar from the Money Center Banks caused investors to move assets around the curve. Credit spreads in April were 10 basis points tighter to 10 basis points wider with paper trading in 5 to 25 basis point ranges for the month.

The new issue market topped monthly estimates of $100 billion, closing the month at $110.795 billion. Secondary activity in April saw net client buying of over $8.1 billion, that was heavily weighted in financials and consumer discretionary, which accounted for over $5.9 billion in net client buying.

The Bloomberg Barclays U.S. Agg Avg OAS closed out the month at 0.88 and traded in a pretty tight range with the high on April 20 at 0.92. See the charts below for more information. 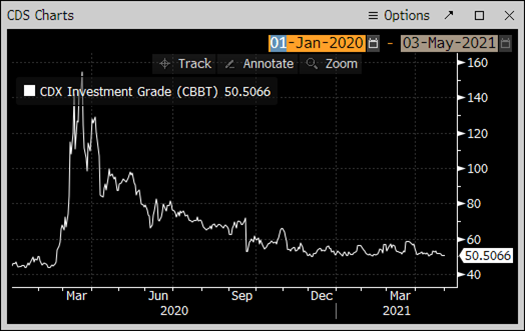 IG credit flows for the month were on the lighter side and came in at $499 billion below the robust levels in March of $641 billion, February’s $512 billion and January’s $525 billion.

April’s strong new issue calendar along with volatility in credit spreads and U.S Treasuries gave way to lighter secondary volume, as we saw investors and portfolio managers moving paper around the credit curve for the second month in a row.

After the strong earnings reports from the Money Center Banks followed by the remainder of sectors in the market spreads stabilized towards the end of the month after a flurry of new issue deals in the middle of April.

While volume was on the lighter side, we did see very strong demand for secondary paper that resulted in solid net client buying. Financials lead the charge with $4.4 billion in net client buying, followed by Consumer Discretionary of over $1.5 billion.

When looking at the trailing four months back to January 1, 2021, investors have been plowing money into 0-3yr maturities with over $10.7 billion in net client buying, while we saw a bit of a reversal in the back end of the credit curve that saw some net client selling.

The 7-12yr part of the curve has been struggling with the U.S. treasury steepening trade that has seen just over $3 billion in net client selling. See the IG Credit Flow chart below for more information.

The steepening in the U.S. Treasury curve continues to have the credit market on notice and investors are definitely making moves along the curve based on the move in rates.

We are expecting $35 billion for the first week of May in new issue credit with a total of $150 billion for the month. The primary and secondary credit markets in May are beginning with spreads just a few basis points away from post-credit crisis lows and funding costs for companies remain very attractive.