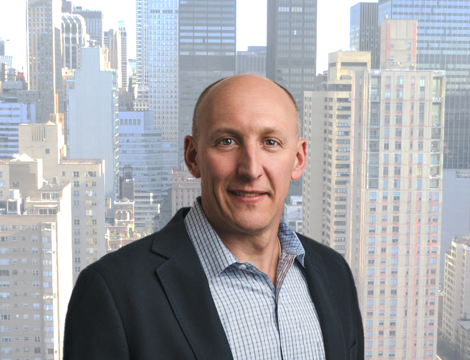 The South China Sea is one of the world’s most strategically important waterways. It covers approximately 1.3 million square miles of the western Pacific Ocean, running south of China, west of the Philippines and north of Borneo. Geographically, the South China Sea connects the Pacific Ocean with the Indian Ocean and the Middle East, through the straits of Malacca.

Between 70 – 80% of global trade flows by sea, of which one-third flows through the South China Sea. Its strategic location holds considerable economic value for multiple countries and their livelihoods – fishing, trade, and oil and gas resources are abundant in the area. There is a lot at stake for the countries of China, the Philippines, Malaysia, Taiwan, Vietnam and Brunei, all of which consider the waterway critical to their economies.

Today, tensions in the South China Sea are at an all-time high as economic and military interests converge; not just those of the adjacent nations, but for many countries whose interests are challenged.

Where a nation’s economic interests reside, an inherent desire to secure them follows. We’ve seen an increase in aggression from China over the last few years as they have engaged in a campaign to create artificial islands and extend their claims hundreds of miles from their shores. While these islands were initially created under the guise of commercial activity, the areas in question were militarized shortly thereafter, with airfields, ports and supply bases, creating a forward line of defense that protects China and enables them to easily maneuver and become more aggressive in the space. The Parcel and Spratley islands are two clear examples where China now has multiple outposts on each.

This matters to the U.S. militarily as it limits our ability to project power and support our allies and partners within the region. Specifically, the People’s Liberation Army of China has made it increasingly difficult for us to support Taiwan.

Additionally, China has demonstrated blatant disregard for the United Nations Convention on the Law of the Sea, which provides for freedom of navigation and lawful use of the sea and its resources. China’s continued engagements in the region demonstrate their desire to create a new status quo, counter to U.S. values and interests.

The U.S. and its allies

To quote Winston Churchill, “There is only one thing worse than fighting with allies, and that is fighting without them.”

It’s important to watch what countries do – not what they say. The U.S. and several of its allies, including many European nations, have increased the rate at which naval vessels sail through these disputed waterways, providing a clear demonstration that China’s claims in the region are not accepted. These operations also demonstrate the commitment to the additional countries in the region and to the policies that are currently in place.

In the spring of 2014, the Philippines filed a complaint against China, following an incident in the South China Sea, contesting their broad and arbitrary territorial claims. The United Nations Permanent Court of Appeals ruled in 2016 that China’s claims were against the United Nations Convention on the Law of the Sea and that China had interfered with fishing and oil exploration activities as well. While this ruling was welcomed by numerous nations, China has not backed down and continues to build islands and intimidate other countries within the region.

China assumes that their continued military strength and claims to the South China Sea will trump international law and make it more difficult for the U.S. and its allies to act without creating conflict.

In this case, it’s not necessarily about fighting with other countries; it’s about influencing powerful nations to change course. The South China Sea is a long way from home for the U.S. and without the support of allies, we need supplies, staging and the support of our allies to provide any military operations.

It’s critical for the U.S. to continue building relationships with countries around the South China Sea. As we secure commitments from our partners or allies, it demonstrates a level of alignment with our efforts, views and values to the Chinese, which becomes a signal that we can leverage.

It’s important to not force countries in the region to choose between the U.S. and China, as many of their economies are inextricably linked with latter. We recognize the economic dependencies of these countries, even if some of their values and interests don’t necessarily align. We must figure out the best way to respect the dependencies, but also support and align on opposition, strategic moves and military operations.

Conflict between China and other countries in the region is very unlikely; fundamentally, it’s not in anyone’s best interest to engage in armed conflict. Everyone has a lot to lose and not much to gain.  Through China’s lens, there are many other ways to influence decisions and behaviors that benefit them. One such way is China’s economic stronghold on other countries, that they can enforce. China can escalate with commercial militia, particularly in the case of fishing fleets, that become “mini militias” in the region – with  the goal of harassing fishermen and disrupting oil and gas exploration.

Tensions in the region will likely increase before they go down. The current U.S. administration has focused primarily on one-to-one international agreements. They have, to a large degree, put many international organizations on the back burner. A tremendous opportunity exists, however, to engage collectively with nations in the region who have common interests, claims to the South China Sea and are seeking our support. It would be in our best interest to work with some of the other regional powers, for example, Japan and Australia, that have common interests we can align around and collectively push back on China.

Short of conflict, I expect the U.S. to continue to intervene militarily. We should expect continued freedom of navigation acts and  military exercises in the region – both unilaterally and with partners to allied nations.

Tensions and activity will increase not only in the South China Sea, but globally.  As China’s One Belt One Road project expands, we should expect increased military activity to protect those interests.  With military forces, comes an ability to protect power and influence in that new space. We can expect a commensurate U.S. and allied response to confront China’s malign efforts. We should also expect an increase in efforts to advance each other’s interests, without invoking conflict; for example, in the cyber or intelligence space.

Conflict in the South China Sea is not in any nation’s best interest, but we must oppose China’s efforts to change international norms. Failure to do so enables and encourages the Chinese Communist Party to export their values and their form of government, which is the antithesis of what we in the U.S. and many of our allies believe.

Chris Musselman joined the AmeriVet Securities Advisory Board in 2020 and currently serves as the Head of U.S. Commercial Business for Palantir Technologies.

Chris retired from the U.S. Navy in 2018 after serving more than 21 years as a Navy SEAL, leading teams in global special operations. Throughout the duration of his military career, he spent time working at the Central Intelligence Agency and as a Senior Fellow at The Atlantic Council, focused on Russia and China strategy. In addition, he served on the National Security Council as the Director for Counterterrorism at the White House.

Chris holds a B.S. from the U.S. Naval Academy and a Master of International Public Policy from the Johns Hopkins School of Advanced International Studies.  He lives outside of Washington, DC, and is the owner and operator of Frog Hollow Farm, LLC, with his wife and three kids.