Glidepath to Higher Treasury Yields Gets Fuel as Inflation Brews 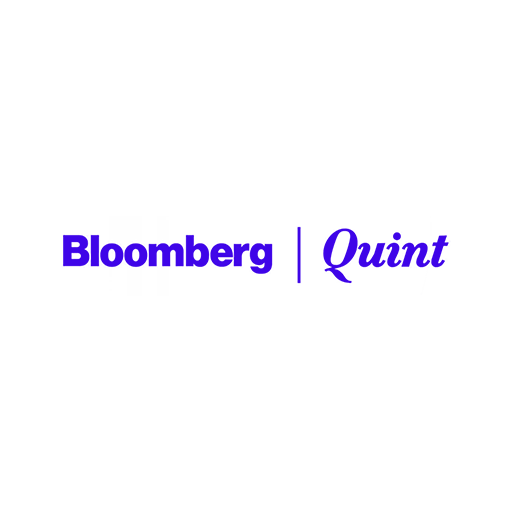 (Bloomberg) — The runway for higher Treasury yields has cleared as traders see it as a sure thing that the Federal Reserve will start to normalize monetary policy next month as the economy improves and inflationary threats build.

Ten-year yields broke through a pivotal 1.6% level on Friday, putting it within a rate zone perceived as triggering selling of Treasuries related to mortgage-debt hedging. The benchmark has risen for seven straight weeks, leaving holders of debt with this maturity or greater in the red by more than 8% this year, a Bloomberg index shows.

Even below-forecast job creation in September didn’t take the pressure off the Fed to act as it came with robust wage gains. That data, along with a backdrop of surging energy prices, have investors doubting that inflation will prove transitory as many Fed policy makers insist.

While there’s almost four weeks until the Fed’s next policy meeting, Wednesday’s release of minutes from its last gathering may give more clues on officials’ thinking. An update on consumer prices is on the radar with the measure having run the prior four readings at an annual pace of at least 5%. Bond-market measures of inflation-expectations rose this week to their highest since May, after trading in a tight range for months. 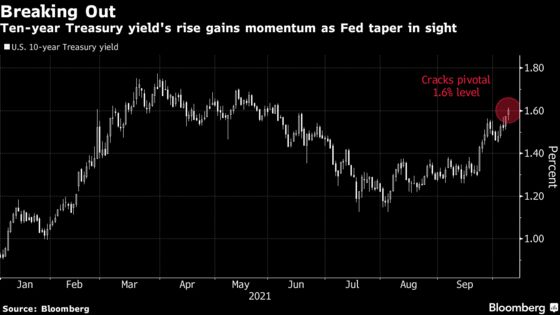 “These inflationary pressures, globally, are front and center now,” said Gregory Faranello, head of U.S. rates at AmeriVet Securities in New York.  “And the Fed has been hammering home that there will be no rate increases until tapering is done, so they need to get on with the taper. If they don’t, then at some point the markets may challenge the Fed — pricing up yields.”

The 10-year Treasury yield, now at about 1.6% versus under 1% at the start of the year, will finish 2021 in the 1.75% to 2.25% range, Faranello predicted.  The Fed is currently buying $120 billion a month in debt purchases, made up of $80 billion in Treasuries and $40 billion worth of mortgage-backed securities. Anastasia Amoroso, iCapital Network’s chief investment strategist, also sees labor conditions sufficient for the Fed to start the taper.

The 10-year breakeven rate, a fixed-income proxy for the annual rate of inflation that’s expected over the coming decade, touched as high as 2.51% this week — the highest in nearly five months. Meanwhile, the 30-year breakeven pushed up to 2.38% Friday, compared with 2% at the end of last year.

“The FOMC is moving ahead on a significant policy change with significant market implications around ending the post-Covid crisis era of ample liquidity through a gradual tapering — and bringing about eventually some tightening policies,” Jeffrey Rosenberg, senior portfolio manager for systematic fixed income at BlackRock Inc., said on Bloomberg Television Friday.

Fed Chair Jerome Powell, speaking to reporters Sept. 22 following the wrap of the Fed’s last policy meeting, stressed that there was no direct link between tapering and timing of interest-rate liftoff. The mixed September jobs report was viewed by some strategists as pushing back how soon tightening would follow tapering unless inflation really unmoors.

The Bloomberg Commodity Spot Index, which tracks futures contracts for 23 raw materials, has gained about 30% this year hovering just below a record high. And used-car prices, one of the biggest factors in U.S. inflation this year, rose to an all-time high in September as pandemic-driven supply-chain disruptions continued.

“The overriding thing is discomfort with the Fed not moving quickly enough,” said David Petrosinelli, senior trader at InspereX. “They risk losing the confidence of the market. And if the market is more worried about inflation, the Fed’s work gets undone.