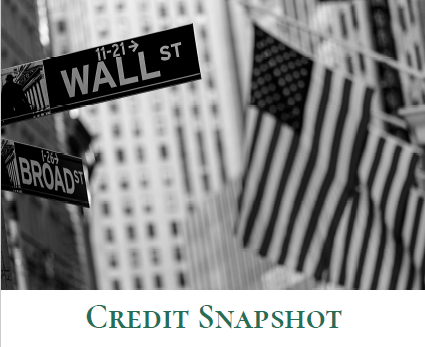 In March, the credit markets saw a massive new issue calendar that shattered monthly expectations, as spreads were unchanged to 15 basis points tighter.

The U.S. Treasury market was flatter by 64 basis points as rates rose for the month amidst the Fed rate hike of 1/4 point. Spreads traded in a 25-50 basis point range in March as the markets continue to be challenged from all directions from volatility.

March saw plenty of volatility in the markets, from global equities, geopolitical issues with Russia and Ukraine, energy prices and daily volatility in the U.S. Treasury rate market, all of which contributed to a difficult market for fixed income participants to navigate.

IG credit spreads for March were unchanged to 15 basis points tighter and traded in a wide range for the month (25-50 basis points) before rallying into the end of the month.

We did see a brief 2’s—-10’s inversion on the last day of trading, as 2yr yields inverted to 10yr yields, for the first time since 2019. Many say this could be a warning sign of an upcoming recession. We saw a heavy rate selloff, coupled with a heavy new issue calendar and massive selling of secondary paper.

The Fed has a tough task ahead as they navigate more rate hikes in the middle of the Russia and Ukraine war in addition to spiking inflation on all fronts.

The CDX index in March 2022 began at 72.389 on March 1 and steadily traded higher to the monthly high of 78.2 on March 7, before closing the month at 67.5. Massive inter-month volatility plagued March, before seeing a rally into the end of the month.

The average high-grade corporate bond spread hit a 16-year low of .80 basis points back on June 30, which closed out the month. 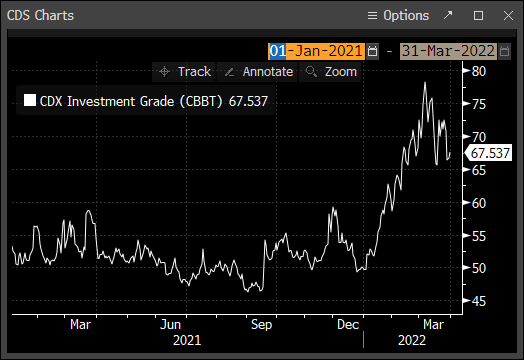 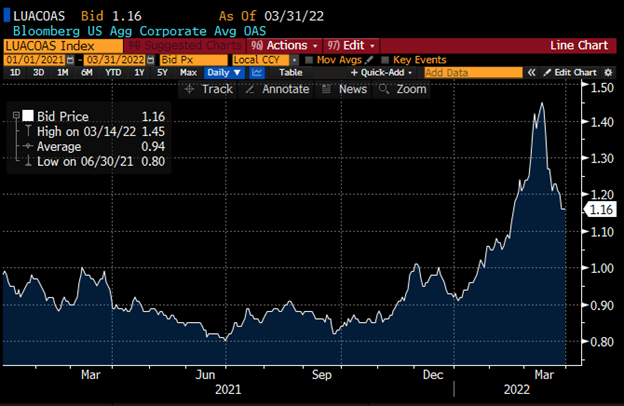 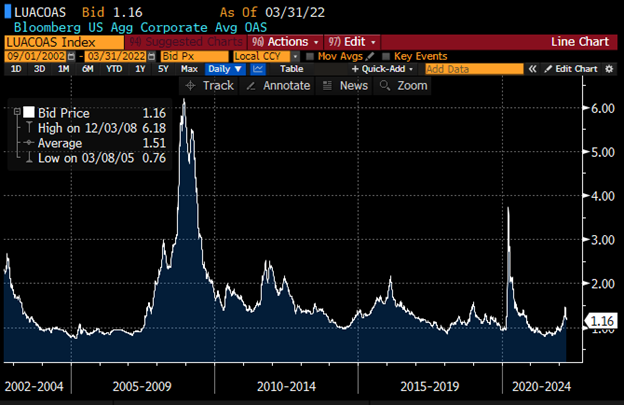 March’s massive new issue calendar along with higher rates and net client selling had investors putting money to work in the front end of the credit curve with 0-1yr paper seeing over $2.3 billion of net client buying.

See the IG credit flow charts below for more information.

The U.S. Treasury curve flattened by a massive 64 basis points, as rates moved higher, fueled by the Fed rate hike, the Russia and Ukraine war and continued spiking inflation as we have shifted focus away from Covid-19. The credit markets can’t take their eyes off Russia and Ukraine, the Fed and the U.S. Treasury curve, as investors try and decide where on the curve to invest and deploy cash.

We were expecting $135 billion of new supply for March and that came in at $229.9 billion. The credit markets, despite all the volatility, had been trading in a very orderly fashion without any major panic. However, March saw massive secondary trading flows, 25-50 basis point ranges and multiple days of 5-15 basis point swings in spreads.

We enter April with all eyes on Russia and Ukraine, as we enter week seven of the conflict with very little end in sight. In addition, the Fed continues to try and navigate the next rate hike in the middle of massive inflation.

“Covid fatigue” continues to take a back seat but virus numbers overseas seem to be on the rise, as a new variant spreads globally. April is historically a much slower new issue calendar than March, with projections coming in at $90-$100 billion.

Volatility remains ahead for the markets and we will have to initially battle with employment data next, and many other key factors, as April unfolds.