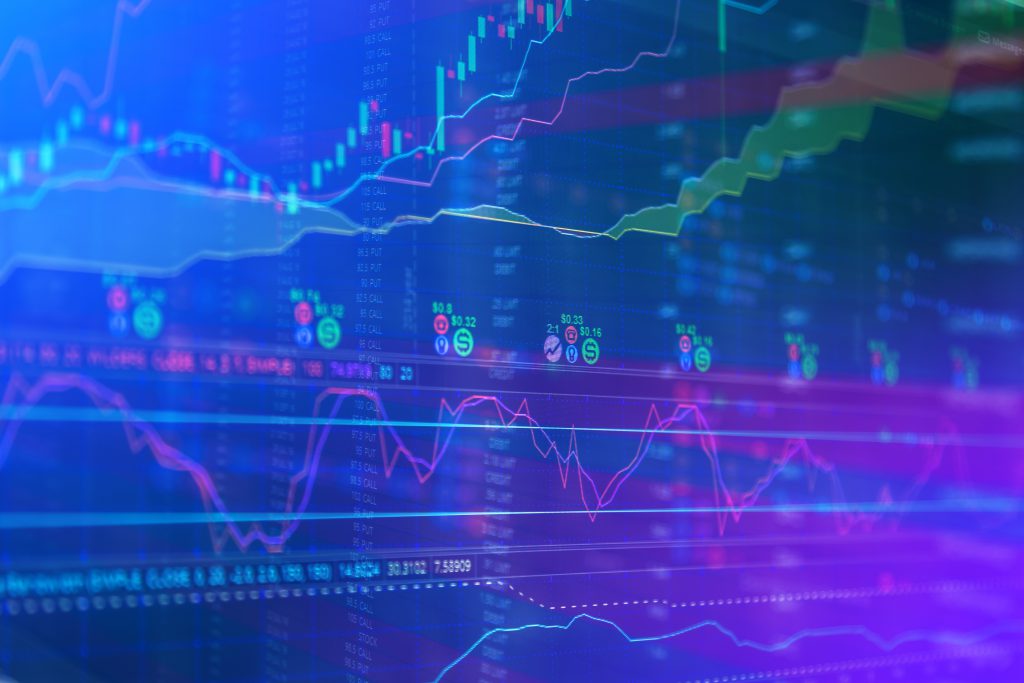 The markets continue to focus on the impact of COVID-19 as the virus spreads and the economic fallout likely dramatic. Countries, like the US, will be forced to protect internally as markets begin to react with more conviction.

Flows into fixed income continue to be robust with the pool of negative yielding assets growing and 10-year US yields closing below 1.50%. We have expressed our view of an uptick in volatility with an uneven ride for risk assets.

Central bank intervention out of China, and surrounding countries have been strong like last year (tariffs), and the Fed’s hand still very much at play coming out of Powell’s semi-annual testimony in front of Congress.

Simply put, the markets were not setup for where we are land today. Ourselves included, the winds of reflation were in the air as the President announced the signing of USMCA and Phase 1 deal with China.

Those that have been following our notes and content are aware of how quickly we turned around our market focus in 2020. It actually began early in January with the situation out of Iran which highlighted not only geopolitical risks, but technical rate levels with 10-year yields trading swiftly into 1.70% the night of the Iranian retaliation. Obviously the virus was a complete wildcard. We’ve been using the 1.70% as a key pivot with rate backups of late.

Regarding rates, we have been advocating a number of themes in 2019 which flowed through now in 2020:

4) Massive inflows to bonds, negative global rate story spillover to the US

This year was supposed to setup differently. Yet, in many ways it now feels very much like 2019, although the contributing factors have changed. In the end it centers around global challenges, China and the continued strength of the US consumer.

Like 2019, this is not only about China. It’s about neighboring nations, Japan included, and certainly Europe. In the end, the picture sets up once again for a vigorous discussion within the Fed even should the data not present a “material reassessment” to the US growth outlook. Our view has, and continues to be, focused on the Fed’s inflation mandate and challenged inflation expectations.

The Fed is fighting a war. Defending the Zero Lower Bound. And the US consumer has been the difference. The importation of negative yields into the U.S and a job market that’s been firm. Powell’s frustration is clear, warranted and there should be little doubt why the POTUS was quick to lock down the US borders when the outbreak became clear. The US consumer is critical right now to both the Fed Chairman and the President. Ironic in many ways the alignment yet bickering between the two over the past year and a half.

We have no crystal ball on the “number” of Covid-19 cases. The bigger picture, though, is very relevant in our view. China: already weak, in transition and with extreme relevance to the global growth story. We’ve been saying: no global recovery without China and in fact this has the potential to go the other way. Without overreacting, we suspect those not looking at this with a bigger picture mindset will miss it. And opinions vary widely at this point in terms 2020 pathway. Markets appear to be waking up.

US Rates, Curve and the Negative Rate Pool

As the US rate market digested the quarterly refunding, concession was built into the longer end to absorb the supply. It faded quick. There are simply not enough high quality bonds to fulfill the demand with the global slowdown story now of 2020 and the correlated growing pool of negative yielding assets the lower rates go.

In some ways, this is no different than 2019. The big difference, however, being valuations. In the latter part of 2018, and heading into 2019, 10-year yields were close to 200-basis points higher. Credit spreads much wider off the back of the 2018 meltdown, and equities having severely corrected. Global central banks corrected that very quickly (Pivot) and then some in 2019, and now in the beginning stages of 2020 we are literally draining water from a rock.

We have been adhering to a 1.50-1.70% short term range with an eye on a break of either end for a change in tone. As we now close and move through 1.50% in 10-year space, levels from 2016 and 2019 stand out lending itself to a potential move closer to 1.25%. We have spoken consistently about the 2015/2016 time period, also involving challenges from China and disinflationary forces. On multiple levels, inflation expectations included, we are pointing in that direction for context.

10-Year Yields Revert Back to 2016. Another Disinflationary Pocket Involving China

This is not about value. It’s simply not about ‘I want to own”, it’s more about “I have to own”. And the dynamics of the global economic landscape, in conjunction with negative interest rate policies abroad, have valuations stretched across the board.

Negative rates are destructive. And we don’t believe at all in Bernanke’s recent comments of “slightly negative” being okay. Reality is, negative rates are now embedded into our capital market structure impacting rates, credit, equity and currency valuations.

Years later and with perspective (Greenspan): it’s clear now rates too low, too long and with a strong economy (2005-2007). The big difference: the Fed had “choices” then. Fed’s choices are limited now (i.e. 2019). So much outside their control and very much boxed. The communication clear about the likely revisit of the Zero Lower Bound. If the Fed eases again, the timing and speed likely lends itself differently than the forward curve pricing in our view.

On the curve, we have been steadfast: largely directional with the Fed demeanor “on hold” and any perceived economic weakness (Coronavirus) being expressed on the long end. Although the forward Fed Funds curve bottoms around 1%, the slope of that move is very gradual and the market has not embraced the intention for the Fed to potentially move quickly in 2020 although that appears to shifting.

In general, the message from the curve has been mixed in our view (see Bloomberg article above). And the contributing factors around the global slowdown story for both 2019 and 2020 have been dynamic and perceived to be somewhat transitory. The market pricing for Fed contribution confirms this: risk management, insurance and mid-cycle. For now, and like last year, there has been no confirmation that domestic (US) yield curve flattening correlates with a local recession.

Another challenging year for the Fed. What presented as mainly a balance sheet adjustment, now also lends to potential changes in rate level and the Fed managing market expectations again for easing.

The Fed’s balance sheet adjustment is in motion. And with a continued focus on ample reserves, scaling back of TOMO (Repo) operations, regulatory review and control of the Effective Funds Rate (through IOER).

Our focus on the Fed has been across multiple levels. And we do feel, despite the September hiccup, Powell and team have done a solid job trying to understand the holistic nature of what happened in the funding markets. In the end, there is no one fix, although in a regime of “ample reserves”, the aggregate numbers matter.

With the Treasury General Account (TGA) now flush and Bank Reserves firmly above Powell’s $1.5 Trillion floor, we do feel the Fed is in better shape relative to the funding markets. Their actions have been very consistent versus what’s been discussed publicly (Powell press conferences). And the balance sheet adjustment, with potential tweaks on the regulatory front (reserves versus collateral), lends to smoother although not perfect sailing ahead.

Of note this past week with Fed communication, is Vice-Chair Richard Clarida’s speech on February 21st. Joined in October 2018, influential with the Pivot and wheelhouse is inflation.

“ Quotes from the Treasury Inflation-Protected Securities (TIPS) market can provide valuable information about both r* and expected inflation. TIPS market data, together with nominal Treasury yields, can be used to construct measures of “breakeven inflation” or inflation compensation that provide a noisy signal of market expectations of future inflation. But, again, a straight read of breakeven inflation based on TIPS curve forward real rates needs to be augmented with a model to filter out the liquidity and risk premium components that place a wedge between inflation compensation and expected inflation.

Again, here I also consult time-series models of underlying inflation, such as Stock and Watson (2007) and Cecchetti and others (2017), presented at the U.S. Monetary Policy Forum in 2017. At the Fed, the staff have estimated a state-space model decomposition of the common factor that drives a number of different measures of inflation expectations. State-space econometrics is one formal way to do model averaging.

As I look at all of this evidence from market signals, surveys, and econometric models, I judge that inflation expectations reside at the low end of the range I consider consistent with our price-stability goal of 2 percent personal consumption expenditure inflation in the long run”

The Fed has been challenged with global disinflationary forces now for the past 5 years. And many of the charts go back to the 2015/2016 period. After the election in 2016, the Fed had a window for a dash to normalize. It was proven wrong with global forces prevailing in late 2018.

Extremely dynamic environment. And one which continues to warrant respect and caution. The evolution of the data in the coming weeks and month will be very important leading up to the next Fed meeting and with the integrity of the global news flow uncertain.

Very close eye here on currency moves, the USD included. The Fed will need to remain very vigilant here. And our call is for the Fed to be drawn into, like last year, the liquidity pool. To be clear, we don’t feel the Fed “wants’ to ease. But similar to the yield buyers, it is likely more a function of “having” to.

Short term, we continue to highlight levels on the longer end with 10-year yields through 1.50%. With the outlook for the Fed uncertain, we don’t view the potential next 25-basis points lower in 10-year yields to line up constructively for risk assets. Unlike last year at this time, the Fed will be slower to adjust, but should they choose to ease further, it will likely be quicker and with more force ahead of the 2020 election.