Powell Meant What He Said 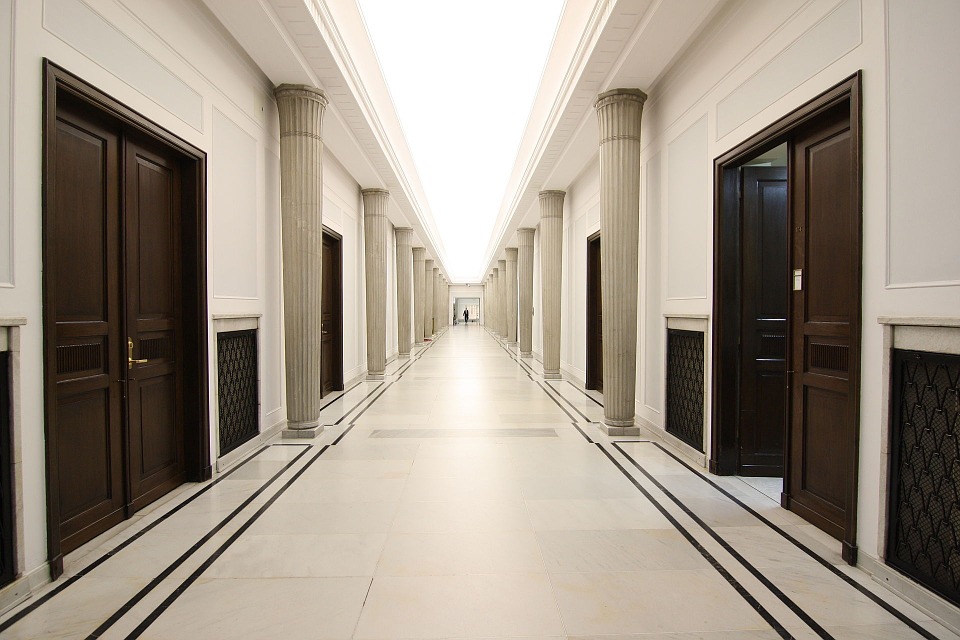 After three consecutive interest rate cuts, the Federal Reserve fulfills one of the greatest turnarounds in its history. And when Jay Powell said mid-cycle adjustment in July, that’s exactly what he meant. From early on this year, we called for a lowering of the Fed Funds rate of 50-100 basis points. Although we still believe the Fed will ease more in 2020, the move to push back and reassess was prudent by the Fed this week.

This week the Federal reserve completed one of the greatest transformations in monetary policy we’ve seen in the last 30 years. And we’ve seen a bunch. At this time last year, the Fed was on course for a neutral rate of close to 3%. The magnitude of the shift has been an astounding turnaround. And Powell himself this week acknowledged that when questioned in his press conference.

In many ways Powell has been upfront: don’t just view the rate cuts in isolation and to look also at how the long end has moved lower as well. It’s a fair point: the yield curve has done nothing but compress.

The bar for future easing has been raised. And rightly so. And even more so, the bar for future hikes even greater as Chairman Powell said inflation would need to trade above the Fed’s 2% target for a sustained period of time to think about raising rates. Clearly, the risks are skewed toward more easing all things considered.

Today we heard from Vice Chairman Clarida. And as expected he stuck to the script.

No doubt Clarida is a great mind. But let’s take a look at his year in review, though, for fun…

“Even after our most recent policy decision to RAISE the range for the federal funds rate by 1/4 percentage point, monetary policy remains ACCOMMODATIVE, and I believe some further gradual adjustment in the policy rate range will likely be appropriate”

Are we loving the Fed’s new “material reassessment view” of moderate growth as the benchmark for further moves?

Let’s Take a Look at This Week’s Meeting:

Our baseline call for Wednesday was for the Fed to cut 25-basis points and begin to push back on the market. From our commentary Tuesday we referenced some phrases we felt Powell could use:

2) no “preset course” of action for Fed policy going forward

4) inflation still below target but..

The Fed believes they are in the right place to sustain the expansion. And with that the committee will continue to “assess the appropriate” pathway for the Fed Funds rate. We are fairly certain it will continue to be lower into 2020.

In the end, the transformation from tightening in the Fall of 2018 to the Pivot and ultimately delivering three rate cuts through Wednesday, was enough for Powell and the Fed. In his press conference Powell was clear: it’s been a lot.

And now the question will be: is it enough?

This week in our preview we indicated a quick move back to the data. And we certainly feel this is the case. No doubt the Fed’s posture Wednesday needs to be respected. And our general feeling when asked this week: what’s the perfect outcome for Powell, we responded this way:

“The Chairman needs to leave the door somewhat open for more cuts, yet at the same time signal to the market the bar will be higher”

Powell seemed to accomplish this. Our coverage from CNBC this week on the Fed:

The Fed is done for now. We don’t feel, however, they’re done for good. Let’s take a look at some of Powell’s written comments:

In the end, Powell made it clear what would need to occur for the Fed to reengage:

The bar has been raised and mid-cycle has been accomplished in the Fed’s mind. It’s hard to argue with the Fed’s decision to pull it back at this point. Certainly risks remain, and Powell acknowledged that. Yet, the Chairman is still managing a divided committee, and a US consumer which still appears to be trucking along. As we’ve discussed, the Fed was always mid-cycle and this week’s move landed smack in the middle of our 50-100 basis point call for 2019/2020.

This was one of Powell’s better press conferences. At least in our view. And the Chairman spent time on several issues.

Aside from being priced for the cut, one of the reasons we felt the Fed would ease again is the lack of change of the global risk factors between meetings. And we felt he would point to a perceived alleviation of some of these issues of late. And that he did. When asked about specific risk factors, the Chairman’s response was largely consistent with themes from 2019:

Powell specifically spoke to both China and Brexit, with a clear emphasis on China and the Phase 1 deal. The irony is, no sooner later, we sit down Thursday morning and China is on the tape with doubts of a legitimate pathway forward on a complete deal.

It’s been a mess of inconsistency, back and forth and the global economy continues to suffer. Granted, perhaps the risk factors have not gotten worse, although it would appear to us Powell is a bit too optimistic. Time will tell but the market will be watching very closely for holes in the Chairman’s optimism.

The Chairman spent a lot of time on this Wednesday. And certainly, other committee members have expressed concern too. And ultimately over time, the risk of a Japan like scenario whereas low inflation expectations become embedded in the consumer’s mindset. In fact, the Chairman was specifically asked about a Japan-like outcome.

Through the Fed listens, new ways of looking at inflation are being explored: A number of different strategies with the ultimate goal of being more effective in achieving the Fed’s inflation target. This is not 2019 business, however.

Ultimately, we feel the inflation challenge could be the reason for the Fed to come back toward the easing side. But short term, this week’s meeting made it clear: it’s an extremely important component of overall Fed policy, yet the accommodation to date should be enough for inflation to move toward and perhaps above the Fed’s 2% target.

Inflation is a very serious issue for the Fed. And when questioned about potential hikes, Powell was clear: we’d need to see inflation trade about our target rate for a “sustained” period.

Right now, the risk is very skewed the other way: trading below the Fed’s target for a sustained period. Nonetheless, given the wording in the Fed’s rate announcement, the question was asked about hikes.

We have spoken about the dis-inflationary forces and pocket we are in. We continue to revert to the period between 2015-2016. Ultimately, the US consumer led us out back then with the help of central bank liquidity. Keep in mind, the Funds rate was much lower back then. Furthermore, the US consumer now has been leading the global economy for quite some time. It feels late stage for consumer leadership heading into 2020.

It was money in the bank that Repo and the Fed’s balance sheet would be addressed. And we’ve been discussing how the “reserve” outlook and picture is the only game in town. At least for now. Powell cemented that.

It’s interesting, though, a few weeks ago we reviewed the Primary Dealer surveys on reserves. And what we found was absolutely no indication that the bank reserve levels were too low. And ironically Wednesday Powell mentioned exactly that. With that, he moved to the discussion on capital/liquidity ratios and some of the higher- level Repo conversations of late (Dimon/Williams/Warren). We’ve discussed in our notes.

Powell was clear on the broader capital/liquidity ratios: unlikely to change. And we are not surprised. This is very consistent with his statement from September, and most recently with NY Fed President Williams indicating the ample reserves would account for the unintended consequences of bank regulation.

What Powell did mention was looking at some intraday liquidity restrictions which would help the cash flow more freely. The opinions are vast at this point, and the one thing that’s clear and constructive are the discussions in motion around addressing the best pathway forward. The Fed simply can’t afford a repeat of September and it’s clear they understand that. This is not going away and more changes will come heading into 2020.

When speaking specifically about the reserves and balance sheet, Powell defended the T-bill purchases as not representing QE. And this was no surprise to us. He was very clear to point out the short-dated choice of assets to purchase within the normal course of Fed reserve management. Regarding the reserve levels, the Chairman was consistent with a look back to early September and an overall base somewhere around 1.5 trillion.

We are now very data dependent. But let’s face it, the Fed set the bar high short-term for more rate cuts. In using words like moderate growth and “material” change in the outlook, 2019 looks baked in the cake. It would need to get much worse and quickly.

Rates are low. And rates are low across the curve. And in many ways the Fed is saying what many others have: lower rates alone will not resolve the broader macro challenges at hand. And the Fed is right on that. They need some cooperation. And this is what we expect from Christine Lagarde and the ECB as well.

Short-term the market will respect the Fed’s posture. But that can change very quickly if we begin to see a more pronounced spillover from the industrial to services/consumer side of the economy. It’s still rough out there. And outgoing ECB President Draghi was clear on Europe: the manufacturing slowdown is spreading.

The Fed needs to remain vigilant. And the risks are most certainly skewed toward the need to lower rates again over time. The notion Powell was being questioned on rate hikes next year, all things considered, seems preposterous.

In terms of longer end rates, 10-year yields continue to respect the range (1.50-1.90%) with the most recent move toward the upper end and back down into the Fed meeting. Today we sit right back near the middle.

Short-term, close eye on the macro risks Powell pointed to and more specifically how things unfold with China in the coming weeks. Cracks are certainly emerging, and the days left in 2019 dwindling.