Powell, POTUS and the US Consumer 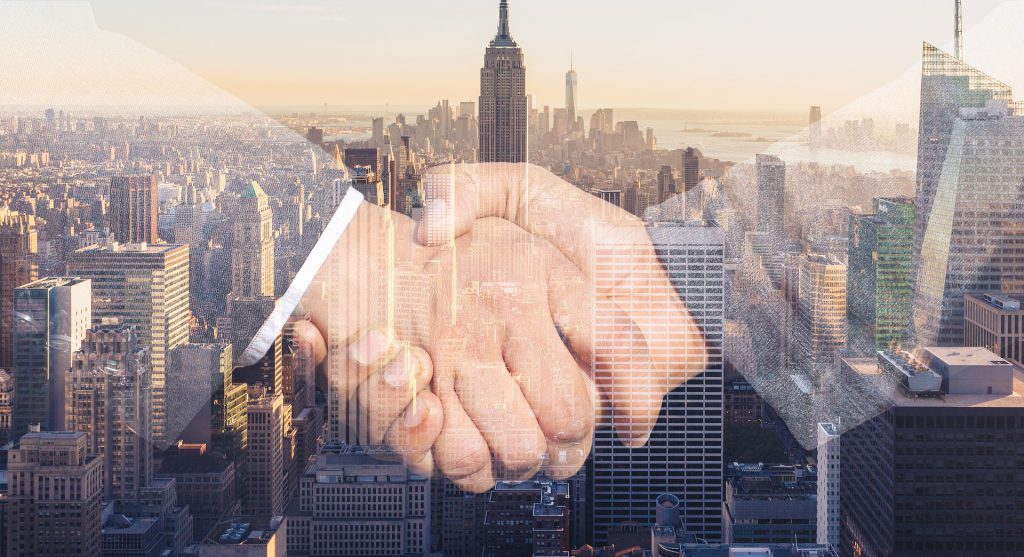 Despite months of speaking through each other, the President and Fed Chairman find themselves more aligned than ever. The United States is the largest economy in the world. The US consumer comprises close to 70 percent of the US economy, and as a stand-alone component rivals the next country in line on the global stage.

The dynamics between the President and the Fed Chairman remain ongoing, yet very important as the uncertain global landscape heads into the final stretch of 2019.

Recently, former New York Fed President Bill Dudley penned an article below entitled “The Fed Shouldn’t Enable Donald Trump.“ The criticism following the article was very sharp (ourselves included) and Dudley since followed up with a second piece utilizing an “interview” style format to clarify:

It has become virtually impossible to keep the dynamics between Powell and POTUS away from the discussion on US rates. So, to that extent, an element of politics inevitably enters the discussion. We strive for balance but understand interpretation will vary. And that’s ok.

When the original Dudley piece hit the tape, we were quick to push back, offering the following:

1) The Fed’s move in December 2018 was a mistake. Powell himself admitted this on July 10th in front of Congress. He said verbatim, “we’ve been running too tight.” This is more about the Fed correcting its swing. Using the Fed’s words “a mid-cycle adjustment,” it’s their cycle.

2) Powell has been clear about the issues at hand in terms of policy stance, which go way beyond China/US. From the July minutes and other recent correspondences: Brexit, German and European slowdown, Hong Kong, Italy, Argentina and more.

3) The Fed has cited ‘inflation shortfalls’ far more than China/US over the course of 2019. They used it for the pivot and they are using it again as two dissenters in July supported a 50-basis points because of inflation, not enabling.

4) The dis-inflationary forces emanating from China began well before the tariff situation. We had similar dynamics in the 2015-2016 period preceding POTUS, and China was in a slowing mode well before the heat was turned up with more tariffs in 2019.

“To us, we have a combination of two things: a FF rate that is still too high (partly the Fed’s doing) and policy coming out of DC which is fueling the fire. POTUS and the Fed continue to speak through each other. Let’s settle on some common ground lower in rate and move the country forward.“

Our baseline call well before the July easing was for the Fed Funds rate to come down by 50-100 basis points through 2020. We stick with that call.

On July 7th, we penned the article below on the Fed Funds rate as an outlier. It still is. The effective FF rate is now running over 50-basis points over core PCE and the US 10-year note. As Bullard indicated this week, the Fed needs to realign.

Objectively, there should be little question the actions of the President are impacting the global landscape, and in turn, US Fed policy and mindset. Equally, however, the Fed was very misguided to think the Fed Funds rate was headed to 3 percent in the fall of 2018.

A chart below on the USD OIS curve highlighting the path the FED was on in 2018.

In turn, what ensued late in 2018 was a very dramatic and consequential market meltdown which spilled over into financial conditions and consumer mindset. Again, Powell himself was clear in July the Fed was running ‘too tight’, and this tightness certainly preceded the full blown intensity of the trade war we are now encountering.

Powell, Potus and The Narrative

The narrative right now is very powerful. Negative rate pool growing, spillover to the US, inverted yield curve meaning, China/US escalation and the concern of a global recession.

In visiting friends and family for the holiday weekend, it’s clear that consumers are growing more concerned. There isn’t a high degree of understanding on the implication of negative rates, and more importantly questions abound regarding the inverted curve and ‘impending’ recession. US consumers like to spend but mindset is a big part of that.

Ultimately, this is all one big trade. And no question the role central banks have played in getting us here is undeniable and in many ways not constructive. Yet, there has been little to no hope on the fiscal side. What appeared to be a potential constructive tailwind in the US is gone for now, and actually, turned the other way.

“The President has the ability to dial things back: change the tone. This morning it hit the tape that China will visit the US in October with a spirit of an ongoing dialogue. Go with, or not? Time will tell. The end game is a far way off, but progress at this point matters for sentiment and changing the narrative.”

“The Fed also has the ability to change the narrative. And similar to how they pointed to the inflation shortfall “theme” for the Pivot earlier this year, that same shortfall dilemma exists now and with greater purpose. They will use it again.”

A Divided Committee and the Consumer

As we remain 100-percent priced for an additional cut in September, with a small chance of a 50-basis point cut. In the end, we do believe there are distortions in the market sending the Fed and others mixed signals. Long end yields are excessively low, credit spreads remain at the tights and the yield curve in many instances remains inverted. Global forces are at hand but not entirely. Spillover buying from the global negative yield dynamic has an impact on both sovereign and credit markets.

“In the end, the US yield curve is very tied to the global yield story, which is very linked to the global slowdown story. Again, one big trade. As the global yield pool grows, so too will the pull on the US long end. The Fed moving 25-basis points this month is unlikely to change that dynamic. The market right now requires some “shock and awe” to rattle this back the other way. The Fed is not immune from the “one big trade” arena”

Mixed signals and the committee is still divided. In the end, it comes down to the ‘known versus unknown’ and the right course of action as the US consumer still appears to be holding up. Why should we do anything regarding the FF rate?

Let’s take a look at the division and Fed speak from this week:

Bullard (voter)– “We should have a robust debate around 50 (basis points). Better to get realigned now then having to move at both the September and October meetings.”

Kashkari (non-voter)– cutting rates a poor tool to combat a trade war, but we need to do it anyway.

Kaplan (voter): “If the Fed and policy makers wait to see that weakness in the consumer, that’s probably too late.”

Rosengren (voter): “You don’t want to apply accommodation at a time when you don’t need it.”

Williams (voter): “Low inflation is indeed the problem of this era.”

Our baseline view on the FF rate has been consistent. To us, the comments from Bullard and Kaplan make the most sense. If the Fed needs to realign, do it now. It’s not a perfect science, yet core PCE and long end bond yields are giving you a reference point. The rate cuts, should they prove no longer needed, can always be taken back.

Yesterday, in a note to clients and on LinkedIn we offered this thought on the market:

“Markets are consolidating: near the lows in yield, highs in equities, vol and negative asset yield pool. The markets seem poised for a pivot off these levels”

Sentiment is very negative, and when looking at the level of rates in the context of recent years (2015-2016 our reference), coupled with the Move index (ML option estimate), the market sits at some key inflection points with significant events ahead this month.

The market needs a new catalysts. Short-term overnight ‘China/US in October’ offered ‘one’ and in conjunction with extreme market location. And we will likely get more as this month unfolds.

The data in the coming weeks will matter. This week we had the weak ISM numbers, better than expected ADP and tomorrow we get NFP.

“Without a clear break in the data or US consumer, and the committee still divided, Powell’s ability to lead with a strong hand is weak. Despite our view for a more ‘shock and awe’ short-term approach, it lends more to the same incremental 25-basis point cuts”

Tomorrow’s NFP will be important for this month’s meeting. It would be a mistake to view one number in isolation, but the market is anxious for anything, especially considering the continued weakness in global manufacturing numbers out of Germany and the US.

A weak print will give the trading doves a chance to skew pricing more toward 50-basis points as we move closer to the meeting and certainly give the doves on the committee more latitude engaging the upcoming debate of 25 v 50-basis points later this month.