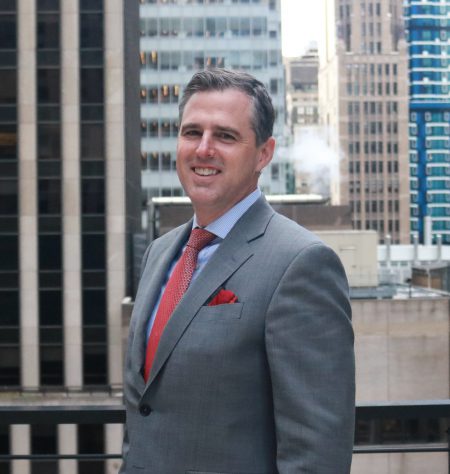 He is dually focused on continuing to grow Debt Capital Markets coverage and inaugurating and leading the new business initiative of the Private Capital Group.

In addition, Mr. Galligan’s role is focused on the agency, defense, industrial and transportation sectors. The new private capital raising initiative will primarily focus on the origination of veteran-led companies in addition to the fundraising of national security-focused funds across all sectors.

Prior to AmeriVet, Mr. Galligan focused on the origination and execution of raising capital for middle market private companies and select funds at Brock Capital. He was on deal teams across the industry verticals of aerospace, healthcare, industrials, infrastructure, real estate and technology-enabled services.

Mr. Galligan served as an Infantry Officer in the U.S. Army. A fateful accident left him with brain trauma, seizures and a broken neck, only millimeters away from paralysis, which ultimately led to a medical discharge.

He considers himself to be extremely fortunate and has a passion for assisting veteran non-profits, veteran entrepreneurial initiatives and veteran’s transitioning to the corporate world. His employment at AmeriVet bolsters his interest in and ability to assist with veteran engagements.

Mr. Galligan received his bachelor’s degree in International Relations from the United States Military Academy at West Point. He is registered with FINRA for Series 7, 24, 63 and 79.