The “Fed Listens”, Speaks and Distorts 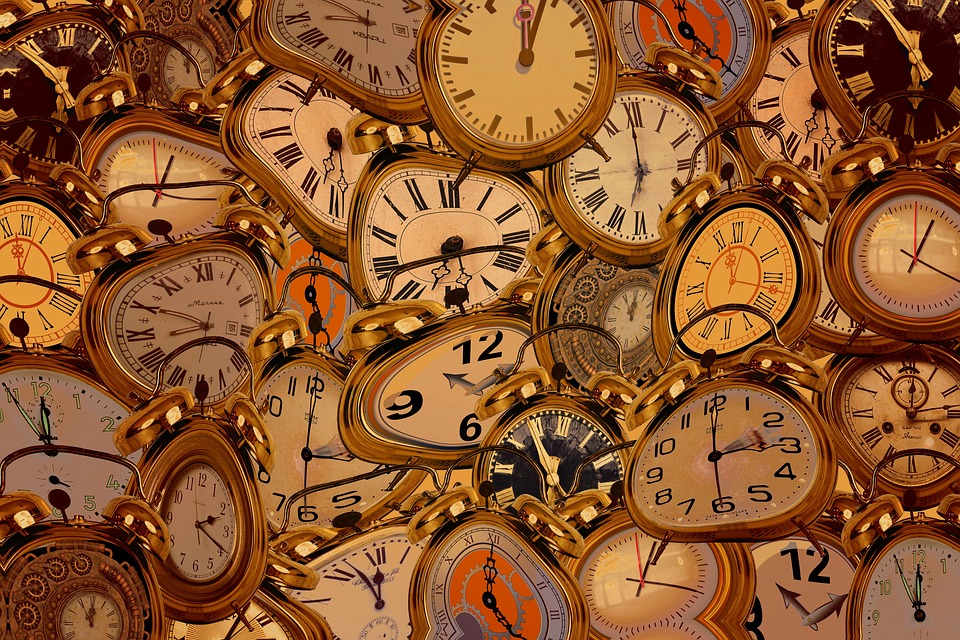 What a turnaround from this time last year. Just as Chairman Powell delivers a speech from Rhode Island this week discussing the dynamics of 2019, risk markets continue to plow forward with optimism around trade, M&A activity and global central bank liquidity. The Fed’s new norm of lower neutral rates, natural rate of unemployment and inflation shortfalls leads the latest move in risk assets

Over the course of the past year, the Fed has been vocal about their review of its policy tools utilized in setting monetary policy: The Fed Listens. This has been consistently referred to in many Federal Reserve speeches throughout 2019.

Let’s take a look at Chairman Powell’s Speech this Week:

Building on the Gains from the Long Expansion

At the Annual Meeting of the Greater Providence Chamber of Commerce, Providence, Rhode Island

Over the past year, my colleagues and I on the Federal Open Market Committee have been conducting a first-ever public review of how we make monetary policy. As part of that review, we held Fed Listens events around the country where representatives from a wide range of groups have been telling us how the economy is working for them and the people they represent and how the Federal Reserve might better promote the goals Congress has set for us: maximum employment and price stability.

A few excerpts to note from Powell’s Speech:

Powell On Neutral and the Natural Rate of Unemployment

You can think of r* and u* as two of the main stars by which we navigate. In an ideal world, policymakers could rely on these stars like mariners before the advent of GPS. But, unlike celestial stars on a clear night, we cannot directly observe these stars, and their values change in ways that are difficult to track in real time. Standard estimates of r* and u* made by policymakers and other analysts have been falling since 2012. Since the end of last year, incoming data—especially muted inflation data—prompted analysts inside and outside the Fed to again revise down their estimates of r* and u*.

Around the world, however, we have seen that inflation running persistently below target can lead to an unhealthy dynamic in which inflation expectations drift down, pulling actual inflation further down. Lower inflation can, in turn, pull interest rates to ever-lower levels. The experience of Japan, and now the euro area, suggests that this dynamic is very difficult to reverse, and once under way, it can make it harder for a central bank to support its economy by further lowering interest rates. That is why it is essential that we at the Fed use our tools to make sure that we do not permit an unhealthy downward drift in inflation expectations and inflation.

We have heard that many people who in the past struggled to stay in the workforce are now working and adding new and better chapters to their lives. These stories show clearly in the job market data. Employment gains have been broad based across all racial and ethnic groups and all levels of educational attainment as well as among people with disabilities.

And Powell’s speech was followed the next day by Fed Governor Brainard:

LB– “It may be helpful to specify that policy aims to achieve inflation outcomes that average 2 percent over time or over the cycle. “Persistent shortfall of inflation from its target over recent years, this would imply supporting inflation a bit above 2 percent for some time to compensate for the period of under performance.

The Fed continues to lean on the inflation side of their mandate. A theme we’ve discussed at length in 2019. It was a big part of the Pivot, subsequent easing and now the pause. Rate hikes are coming no time soon, and if anything Powell has indicated the current risks to the inflation outlook are to the downside.

We think there is little doubt change is coming to the Fed’s framework in 2020. Soft implementation has occurred throughout 2019 with a number of market participants questioning whether the Fed has strayed from the statutory mandate. Not officially.

The Fed has been speaking very clearly about the new norm:

Lower neutral, lower natural rate of unemployment and continued concern with declining inflation expectations: How do we avoid the European and Japanese scenario.? Not a doubt the Fed is wearing their concern more explicitly than ever with very clear implications for markets.

10 years after the Global Financial Crisis, the new norm continues to warrant attention. It’s not the first time since 2008. Yet, the absolute levels we are now discussing are moving into lower territory and garnering much closer scrutiny. There was a fleeting thought of interest rate normalization in 2018 with the Fed raising close to 200-basis points, driving real yields higher with equities in tow: the way it’s supposed to be.

US debt and corporate debt levels continue to march higher in 2019 with record numbers being recorded. There is simply too much overall debt. On the corporate side, the negative global yield story and rally in Treasury yields has propelled insatiable demand on a global basis with unprecedented supply.

And with US Treasury supply, the recent Repo hiccup in September highlights the supply glut, with the need for the Fed to ultimately provide relief. The ability for the Funds rate to move higher is muted, and unfortunately still skewed lower should we not make progress on the trade and fiscal front.

The markets continue to show complacency. And the Fed is doing nothing to pull back the notion that rates, at a minimal, will be on hold for a while. This week no exception.

It will be important to keep an eye on inflation expectations heading into 2020. And we will see how the trade situation and global economy progresses from here in the coming weeks. Since the extreme low in August of this year, forward inflation expectations have failed to recover from their sharp decline. And the Fed is expressing their concern.

In the end, this has once again been a central bank and Fed fueled equity recovery from late last year. Calendar year returns on fire: Year over year charts not the quite the same but still a solid picture.

The Fed normalized from 2016-2018 after the election. Finally, the notion of the baton being passed from the monetary to fiscal side in the United States.

The chart above shows equities had no problem ‘believing’ (Funds normalizing/equities higher) from 2016-2018. Then the Trump tailwinds became major headwinds with the intensification of the US and China trade war and the final rate hike in December 2018.

Last year’s correction in risk assets was a shock to the system. And although financial conditions have improved, inflation expectations for the most part have not.

The Fed made their impact on risk assets this year. That is clear. Somehow we like the chart from 2016-2018 better than this most recent leg up with risk in 2019. You can see the point in the chart above in 2019, whereas the notion of Fed rate cuts kicks, ISM moves a leg lower, yet equities continued to march to new highs.

The Fed may have raised the bar for future cuts with their “material reassessment” condition for economic growth, yet the ‘power’ of the bar being higher for future rate hikes has been a very powerful force behind equities, credit, volatility and rates short-term: The Fed’s new norm from Rhode Island this week, helping to send equities to further new highs.

This is an interesting moment for the markets. And a window we have discussed, whereas you have potential for progress on trade, the ability for the global macro forces to ease, yet at the same time central banks still in play. In other words, the the Fed is not tightening if we don’t get a Phase 1 trade deal.

Lately we’ve been sending charts looking at the VIX, corporate spreads and equities. Certainly we are at the lows, tights and highs with rates not showing conviction for a move in either direction.

Like or not, the Fed’s message is clear: there are reasons to keep this expansion alive (see Powell on employment, Fed Listens) and the greater risk is sustained lower, not higher, inflation expectations and rates over time.

The central banks and stakeholders on trade continue to project optimism to the market. For now it’s been working in propelling risk assets higher and volatility lower. But there is every reason for caution after 10 record years, central bank crossroads and extreme market levels.