What’s Next for U.S. Supply Chains 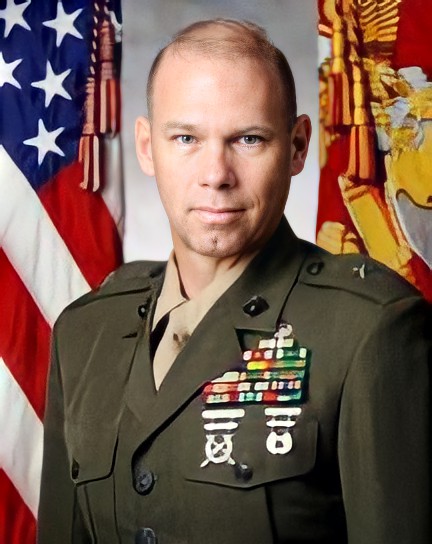 On February 24, 2021, President Biden signed an executive order on U.S. supply chains, with the intent to protect our country from future critical item shortages and create “resilient, diverse and secure supply chains to ensure our economic prosperity and national security.”

It’s clear to me that the new administration recognizes the value in taking a holistic look at the supply chains that affect our U.S. industrial base, access to raw materials, the economy and national security. The order directs agencies to consult outside stakeholders including industry, academia, non-government organizations, communities, labor unions and state, local and Tribal governments.

This executive order mandates two reviews. The first is ”to complete a review supply chain risks” with the intent to conduct a “quick look” within 100 days. The second, more comprehensive analysis tasked agencies to review, develop and submit their findings to President Biden within one year. These reviews will help us determine the best way forward as we work to cultivate our nation’s supply chain resilience.

According to the executive order, supply chains are considered secure and diverse when they possess the following attributes:

An administration official suggested that the reviews will be modeled after the process the Department of Defense (DoD) uses to regularly evaluate and strengthen the defense industrial base. Specific to DoD, the report will update previous work and build on their annual reports to Congress.

As someone with 30-plus years of experience on DoD supply chains, I can attest to the fact that the processes used by the DoD provide a solid starting point. The DoD serves as the national stockpile manager and Congress mandates that the department submit an Annual Industrial Capabilities Report.

Additionally, opportunities exist to build upon the previous work submitted by the DoD regarding two executive orders from the previous administration:

The Defense Production Act (DPA), a Korean War-era federal law, remains available to the president to expedite necessary materials and services that promote national defense. The Trump administration used the DPA 18 times to help develop the coronavirus vaccine and the current administration recently invoked it to increase vaccine supply and deliver doses faster than originally anticipated.

Invoking the DPA here was necessary, appropriate and important. As the coronavirus continues to mutate into new variants – some more easily spread and potentially more fatal – it is vital for us to vaccinate our population as quickly as possible to reduce the spread. As a country, it serves our best interests to inoculate the public and do what we can to support vaccinations worldwide.

The pandemic already alerted us to problems within the medical supply chain. Drug shortages and concentrated production of medical precursors remain part of the larger discussion regarding our reliance on offshore production. In this specific case, the DPA also helps by adding revenue for companies not currently producing vaccines and increases both production and capacity to meet the need for vaccines that already received emergency use authorization.

I believe that when the only tool available is a hammer, every problem  looks like a nail. While the DPA remains a helpful tool to push production, it is important for the nation to develop additional tools that enable us to become proactive, instead of reactive.

The Future of Critical Items

When it comes to critical items, integrated circuits (i.e., semiconductors, chips, microchips or microprocessors) recently moved to the top of the list. The governments of South Korea, China, Taiwan and Singapore invest billions of dollars annually into their industries. In the past, our federal government has not made any significant investments in chip production. Private industries do invest in the design of integrated circuits, but frequently outsource the manufacturing. As a result, the U.S. possesses little semiconductor production capacity and relies on offshore facilities.

Recently, both the government and private industry began steps to increase domestic production. The Defense Advanced Research Projects Agency  announced a partnership between Intel and three universities (University of Florida, University of Maryland and Texas A&M) with goals to design and automate processes that will boost domestic production of secure chips for defense systems. Separately, Intel announced a plan to invest $20B toward increasing semiconductor manufacturing facilities in the U.S. and the Biden administration has pressed for $37B in funding from Congress to help counter the shortages.

In addition to integrated circuits, we rely heavily on the use of rare earth elements for both weapon systems, modern computing devices and electronic equipment. China currently dominates this market and produced approximately 90% of the world’s rare earth metals in 2019, while the U.S. imports roughly 80% of these minerals directly from China.

To be clear, China employs predatory practices that enable them to control the market. Unhampered by safety and environmental regulations and with access to plentiful, inexpensive labor, China easily undercut the prices of competing mines and processors. In addition, China initially flooded the market with rare earth metals, to drive down prices and force U.S. mines to shutter or go bankrupt. Following this move, China limited the supply, to drive prices back up and enable them to corner the market after they damaged  other producers.

Last fall, the Trump administration correctly identified the problem and signed an executive order aimed at boosting the domestic production of rare earth minerals critical for military technologies, which in turn will help reduce our dependence on China.

In the military, we focus on working with our allies and the importance of creating and building critical relationships. We need to continue coordinating with our partners and like-minded nations, as outlined in the executive order. These relationships could lead to new or amended multi-lateral or bi-lateral trade agreements.

With the United States-Mexico-Canada Agreement, which replaced the North American Free Trade Agreement, and executive order’s emphasis on working with allies, partners and like-minded nations, these reviews may create opportunities to build manufacturing facilities or develop natural resources in Canada or Mexico. Those moves would further strengthen U.S. ties with both nations.

A key factor in our relationship with Canada and Mexico is transportation, which is currently excellent between our three countries. The proposed acquisition of Kansas City Southern Railroad by Canada Pacific Railroad would create the first rail system that connects our three countries and if it passes regulatory review, it will continue to strengthen our relationships.

In the short term, we must prioritize consumption to produce the most high-demand items. General Motors already did this by focusing production on its most popular models. Where possible, industry can also increase some production by adding shifts and utilizing overtime to maximize output.

Longer term, the federal government will likely incentivize domestic production or partner nation production for commodities that impact national security and our way of life.

In the meantime, the private sector should not wait for the federal government to dictate their way forward and create opportunities where they see fit. Shortages create opportunities for investment and teaming. Though maintaining stock on hand increases overhead costs, effectively balancing stock levels of critical items with just-in-time delivery can mitigate disruptions.

This executive order acknowledges supply chain issues that our nation must resolve. Yet, the real challenges will remain after the reviews end.

As the 100-day reviews identify risks, we will only create the resilient, diverse and secure supply chains envisioned by the executive order if the one-year reviews develop real, actionable results and recommendations – then the administration must implement coherent policy.

Additionally, Congress must pass the necessary legislation and private industries must act. Only then will U.S. supply chains succeed in the post-pandemic environment.

Brigadier General (Ret.) Michael Brogan joined the AmeriVet Securities Advisory Board in 2020. He retired from the U.S. Marines in 2011 after honorably serving for 31 years.