When Leaders Do Unethical Things in Their Private Lives, How Should We Look At It? 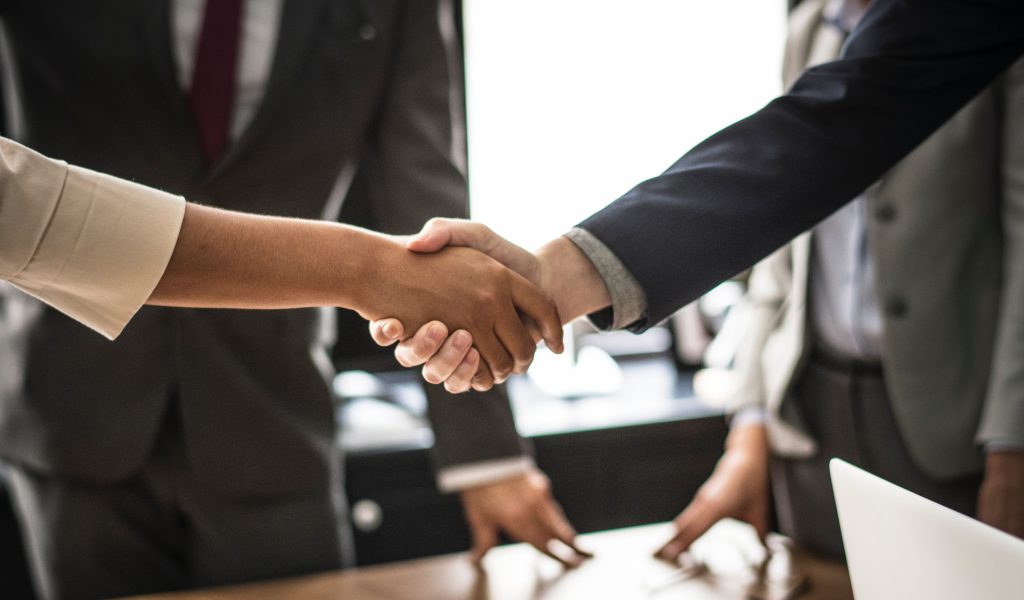 While media sources have focused on the two actresses accused in the college admissions cheating scandal, some of the alleged participants are business leaders. The accusations of unethical behavior are not in their business capacity, but as parents.  Many of the accused were either suspended from their positions or terminated.  In some cases, from the very companies they founded.  These terminations pose an interesting ethical question: When leaders do unethical things in their private lives, how should we look at it? To help with this decision-making process, one can look at the accused leaders’ actions through the ethical framework of Blanchard and Peale.

When taking a philosophy or business ethics class, there are a variety of ethical frameworks that you can adopt, or turn to, in a moral dilemma.  One of the best-known frameworks is the Blanchard-Peale ethical framework.  Ken Blanchard, of the leadership book “The One Minute Manager”, and Norman Vincent Peale, of “The Power of Positive Thinking”, outlined their ethical framework in the book “The Power of Ethical Management”.  The idea behind their ethical framework is that “there is no right way to do a wrong thing”]. A reason why their ethical framework is one of the best known, is that it is also one of the simplest frameworks.  When faced with an ethical dilemma, the Blanchard-Peale Framework asks you to consider three questions.  If your answer is negative to any of the three questions, then your decision should also be negative.  The first question to ask, ‘Is it legal?’.  Will I be violating any criminal or civil laws?  If not illegal, would I be violating internal company policy or regulations?  The second question to ask, ‘Is it fair and balanced?’. Is it fair to all concerned in both the short and long term?  Would the decision be seen by others as honorable and honest?  Are one or more parties being treated without consideration or respect?  Is someone getting an unfair advantage of others?  While we cannot always make decisions where everyone wins, leaders should avoid large imbalances in business interactions.  The final question to consider is ‘How does it make me feel about myself?’. Will I feel proud or embarrassed about my decision? Would I feel good if my family knew about it?  Would I feel good about it if my decision was published in the newspaper, the evening news, or online?

More than $25 million was paid to William “Rick” Singer, a California college admissions consultant, by parents who wanted to get their children into elite universities like Georgetown, Stanford, UCLA, USC, Wake Forest, and Yale. Through Singer and his college consulting company, Edge College & Career Network, wealthy families bribed testing officials and proctors to correct their children’s SAT/ACT answers, to have their children falsely designated as athletic recruits, and medically diagnosed their children with disabilities in order to have more time on the college entrance exams.[ii]  Many of the parents wrapped up in the college admissions scandal were business leaders.  From Bill McGlashan, founder and managing partner at TPG Growth, to Gordon Caplan, co-chairman at Willkie Farr & Gallagher, business executives are being charged with conspiracy to commit mail fraud and honest-services mail fraud.[

While their ethical failures were not in their professional capacity, should they be terminated from their professional positions by their board of directors for the transgressions that occur in their personal lives?  Does a board have the ability, or even an obligation to its shareholders, to hold executives and business leaders accountable for their moral failures?  If the allegations of their involvement in the college admissions scandal prove true, would their actions violate one or more of the Blanchard-Peale questions?

Were the leaders’ actions legal? If the allegations prove true, their actions are illegal.  These leaders are being charged with mail fraud and honest-services mail fraud, which are felonies.  It is unknown if McGlashan and Caplan’s companies have illegal activity clauses in their employment contracts or human resources manual, but if they do, that would be grounds for termination. It would be worth pointing out that it could also be the case, like Gordon Caplan, the executives no longer hold a license to practice in their professional capacity.  It seems reasonable that if you are a lawyer being criminally charged with fraud and bribery like Caplan, you would be terminated. Lawyers licensed to practice in New York whoare convicted of a felony are automatically disbarred.  It seems unlikely that a law firm would keep a disbarred attorney on staff. If proven true, their actions would violate Blanchard-Peale’s first question.

Is it Fair and Balanced?

While answering negatively to any of the three questions implies unethical behavior, if one sets aside the legality issue, and focus on the second question on the case, the actions prove problematic for the second question as well.  Were their actions fair and balanced? One of the biggest reasons that the public is upset by the allegations is that the accused’s children were able to get into the elite universities not on merit, but by bribery. Further, their acceptance cost a deserving student to be denied admission as there are only a finite number of seats.  If these allegations prove true, it would appear that these leaders’ actions would be both dishonest and an unfair advantage over other, more qualified students.

How Does it Make Me Feel About Myself?

This question might prove to be the toughest.  It takes moral courage, honesty, and integrity to truthfully answer this question.  If someone tries to justify their action(s) when asking this question, they are probably not feeling good about their actions.  If the allegations are true, none of the leaders should feel good about their actions.  Take Bill McGlashan for example.  McGlashan has billed himself as an “ethical investor” for social responsibility, having started the Rise Fund to tackle social and moral issues. McGlashan partnered with well-known moral activists like Bono, Richard Branson, and Steve Jobs’ widow, Laurene Powell, to achieve social and environmental impact alongside competitive financial returns.] McGlashan’s fraud allegations undermine his assertion that he is an ethical investor. The fact that McGlashan’s actions and all of the business leaders involved have tarnished the image of their firm’s reputation should bring a sense of shame as well.

If the allegations prove true, all individuals involved in the college admissions scandal, business leaders and actors alike, would answer negatively to all three of Blanchard and Peale’s questions.  The appeal to using the Blanchard-Peale ethical framework is that it is simple to use.  Anyone and any action can use Blanchard-Peale’s framework. Is there a higher moral bar for business leaders of public/private companies?  It would not appear that there is a higher moral bar for business leaders, but the stakes may be higher.  Not only would a business leader not feel good about his or her actions, but the reputation of the firm is at stake. A person’s actions might not feel good to them, but their action could cause embarrassment for an entire board of directors and shareholders.  When does an individual’s personal moral shortcomings give rise to a board of directors to sever ties with the business leader? If the action is illegal, is deemed as an unfair action, or undermines the individual’s or the firm’s reputation, the firm may have to let the perpetrator go.  For the board, the termination could even be a moral obligation.

Contributing Editor: Major Scott Parsons is an Assistant Professor of Philosophy and Ethics at the United States Military Academy at West Point. He is also a Signals Intelligence Officer in the United States Army having served in strategic, operational, and tactical assignments for over 20 years, including three combat tours in Iraq and one in Afghanistan. Parsons is also a Research Fellow of Applied Ethics at the Woods College of Advancing Studies at Boston College and is an Advisory Board Member for the Stockholm Centre for the Ethics of War and Peace based, Heritage in War Project. Parsons is a graduate of Columbia University in the City of New York with an MA in Philosophy and an MA in Political Science.  He is currently a PhD Candidate at the University of Birmingham in the United Kingdom